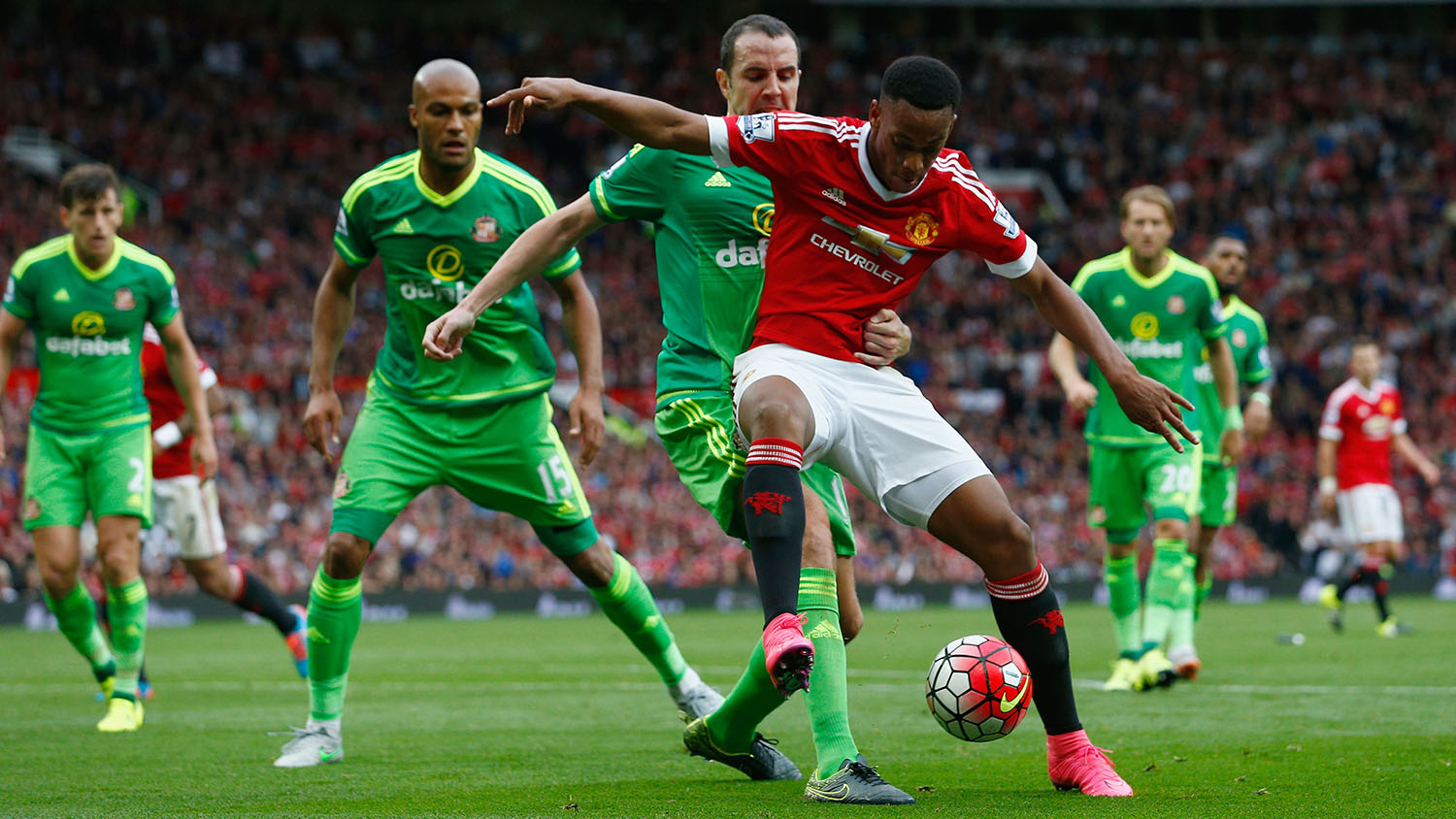 New league leaders, lots of goals, and more Chelsea misery. Here are some flagrant but true statements about the Premier League weekend …

Chris Ryan: I don’t know what’s a bigger accomplishment: that Anthony Martial almost single-handedly makes Manchester United’s death-by-1,000-backward-passes scheme vaguely entertaining, that he has adapted to the thunder-and-lightning pace and power of the Premier League without skipping a beat, or that, in the long run, he might turn out to be a bargain for United, even with his upward of £57.6 million price tag from Monaco. United haven’t had a pure and wonderful striker like this since Ruud van Nistelrooy — someone who can lead the line, hold up play, go through the middle or break out onto the wing, or drop deep and allow Memphis Depay, Wayne Rooney, and Juan Mata to scurry around him. Right now, one of my favorite things in soccer is to watch United regain possession. Go make myself a sandwich while they pass it around the back four and deep midfield, and come back just in time for a bit of French magic. Martial, who has three goals on five shots in league play, didn’t even score against lowly Sunderland on Saturday, but he was the classiest player on the field, and his movement and passing helped United leapfrog their noisy neighbors.

For a team that basically used a rolled-out red carpet as half of its central pivot last year, replacing a rug with a high school bully serves as an upgrade. The Tottenham of 2014-15 consistently gave up tons of shots from dangerous central positions. Fixing that seemed to be a question of finding a partner to start alongside Nabil Bentaleb, who, like pretty much everyone Tottenham’s ever purchased, looks like he should be good at soccer; instead, Dier, who was a defender a year ago, has been the only midfield constant since the season kicked off against Manchester United.

Mauricio Pochettino has suggested that he only came across the “Dier as midfielder” solution because of a preseason squad thinned out by injury. And can you fault him? Dude should be playing for the Cowboys against the Little Giants, but instead, the battering ram seems to have stabilized a Spurs side that badly needed a rudder. They thumped the best team in the league over the weekend, and although the record doesn’t show it, they’ve been the third-best team in the league, according to Michael Caley’s expected-goals model. After a year of pretending to be a Champions League contender, Tottenham and their meathead in midfield actually look like one of the four best teams in the league.

Ryan: This isn’t that controversial — it’s like saying you like a sports car more than a station wagon. Still, there are few things in soccer as beautiful as a really well-worked Arsenal counterattack, especially if it involves Theo Walcott and Alexis Sánchez sprinting on to one-touch Mesut Özil passes.

I still don’t know if we talk enough about how good Southampton were last year. It’s pretty simple: By multiple expected-goals models, they should’ve been in the Champions League. Instead, thanks to a second-half stretch of really horrible luck, they finished the season in seventh. There’s always an upstart that falls off in the second half, sure, and Southampton fit within that broad description, but not because of their performance: They played well enough to be in the riches of the top four.

Instead, though, it was another summer of selling their best players, and with the departure of Morgan Schneiderlin, who might’ve been the club’s one true superstar, plus a draw against the decaying husk of a soccer team that is Newcastle and a 3-0 loss to Everton to open the season, it seemed like the Moneyball-adjacent magic might finally have gone from St. Mary’s. Meanwhile, Swansea’s big results to tie Chelsea and beat Manchester United gave them the look of a Southampton 2.0.

Yeah, um … so much for that! After the weekend’s 3-1 victory over their presumptive usurpers, Southampton’s up to 10th in the table, and by expected goals, they’re right where they ended last year. Plus, their Schneiderlin replacement, Jordy Clasie, still hasn’t played a game after arriving from the Netherlands over the summer. So, regardless of where the club finished in the table, it seems like it’s time to say it: Southampton is just better at this than everyone else.

The 30: Not All September Wins Are Created Equal

The Nationals' Nadir: Jonathan Papelbon, Bryce Harper, and the Choke Heard Round the World