Five-Game Free Fall: Why Southampton Shouldn’t Suddenly Be This Bad 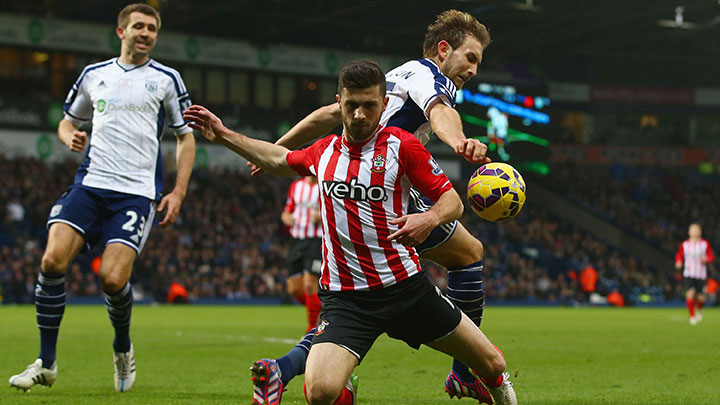 Every season, there’s one small Premier League club that emerges from the lower parts of the table and mixes it up with the big boys for longer than anyone would’ve predicted. While they’re hanging around, they get written off because of “a lack of big-game experience” or because they “don’t have the depth,” with every positive result expected to be the last one before an inevitable slide down the table. And that slide, complete with a patronizing head pat and “sprinkles are for winners” shrug from the doubters, almost always happens.

In other words, it’s really hard to break into the Premier League’s top five over a 38-game season. And this year’s victim of the second-half slide is Southampton, who have dropped to sixth in the table after sitting in third as recently as last month. Four points from five games, including losses to West Bromwich Albion and Swansea and a draw against West Ham, will do that to a team.

However, upon further inspection, Ronald Koeman’s side turns out to be way more than just the latest fun-while-it-lasted underdog story. 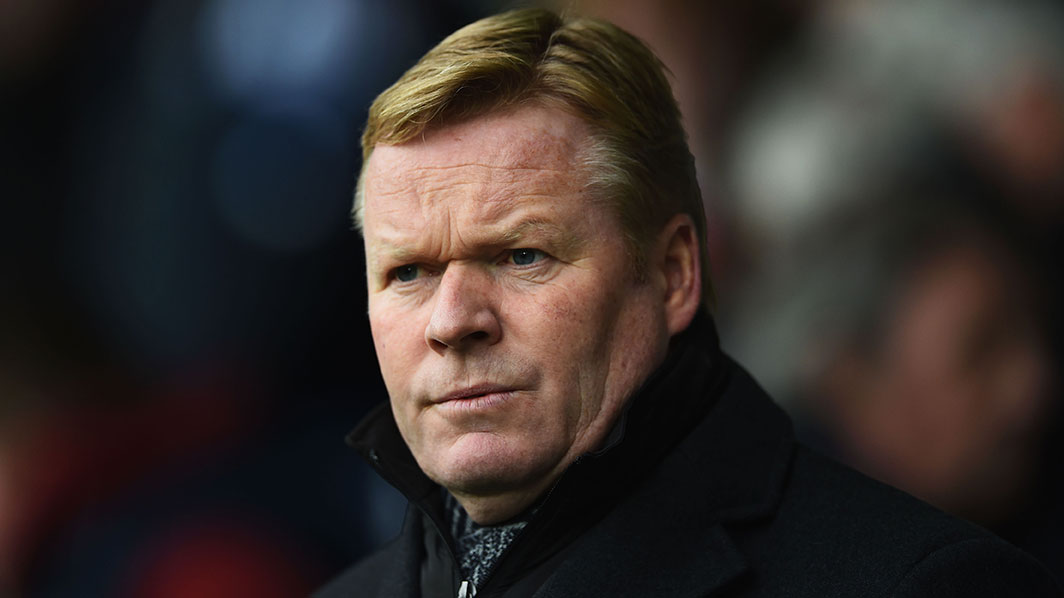 The typical underdog collapse takes one of two forms. The first, and by far the most common, occurs when an upstart’s luck finally runs out. Remember Aston Villa’s start to the season or Swansea’s first few months? Both teams had a relatively — or in Villa’s case, “comically” — small number of scoring chances turn into a disproportionately large number of goals. When that’s the case, even the eventual drop to a league-average conversion rate can doom a team’s success.

Southampton have certainly benefited from converting more than their fair share of chances. Before the current five-game skid, 13.2 percent of their shots turned into goals — third behind Chelsea and Manchester United. For comparison, league average is a flat 10 percent.1 And while it’d be natural for Southampton to slide back toward that 10 percent rate, over the last five games it’s been a total free fall: The Saints have finished 1.3 percent of their chances, one goal from 77 shots and by far the worst rate in the league, during that span. Anemic Aston Villa are second-worst at 4.5 percent: two goals from 44 shots.

What’s astounding, though, isn’t just the number of shots that haven’t gone in, but how many on-target shots have been turned away. Southampton’s one goal is a result of 23 shots on frame, a 4.3 percent rate. Again, Aston Villa are second-worst with two goals from 12 shots on frame, which, at 16.7 percent, is almost four times better than Southampton. No matter how pessimistic you may be about this team, it’s safe to say they are not four times worse an attacking team than Aston Villa. While Southampton’s early-season numbers suggest they were getting a little lucky, over the past five games they’ve been downright cursed.

The second kind of underdog deterioration — a drop in total shots — adds to the idea that Southampton might seriously be jinxed. Some unexpected top-of-the-table challengers will often see their shots decline as the league begins to figure them out and/or fatigue starts to set in. Except that hasn’t happened to Koeman’s club. Even during this horrible stretch, Southampton are third in shots per game and best in the league at shots conceded per game. Those are the numbers of a very good team with some very bad luck.

What Then? Did They Anger the Soccer Gods? 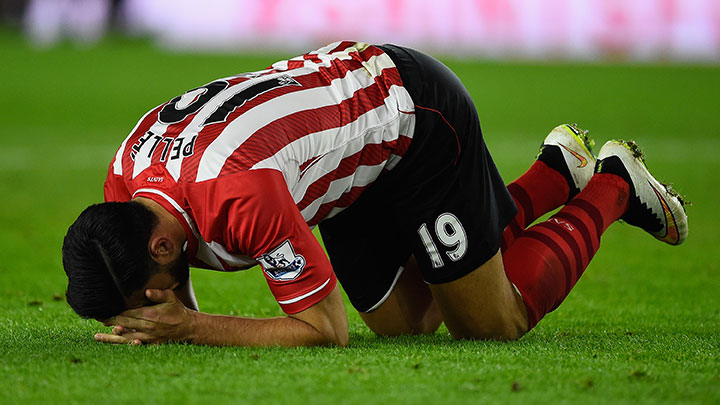 The bottom falling out of Southampton’s shooting numbers is incredibly stark, but blaming all of that on a run of cruel and unfortunate luck also strains credulity.

Until this slump, Southampton were shooting 12.73 times per game, 10th-most in the league. During the slump, Southampton have actually been shooting more — 15.40 times per game — which might make them look even more unlucky, but the increase isn’t surprising when you consider they’ve either been tied or behind — and thus needing to shoot — in what were all basically must-win games.

When we take a closer look at who’s been shooting, though, the problems start to come into focus. Before the five-game fallow period, striker Graziano Pellé was averaging an impressive 3.41 shots per 90 minutes, but he’s dropped down to 2.02 shots per 90 since. With Southampton needing more goals while chasing more games, it’s not a good sign that their striker is getting fewer opportunities. Pellé, with eight goals on the season but none since December 20, has received the brunt of the criticism over Southampton’s attacking drought, and while he’s almost certainly not as good as his early-season scoring record would suggest, it’s hard for him to score more goals when he’s essentially getting fewer at-bats.

So where are all of the shots going, then? The biggest beneficiary of the newly distributed attack has been Sadio Mané, a still mostly untested winger who’s averaging an astounding 4.32 shots per 90 minutes over the last five matches. That’s really impressive, basically double the number of shots he’d been taking earlier in the season, but considering the positions they play, you’d almost definitely prefer to have Mané and Pellé swap rates.

And then there are the health problems. Just because Southampton’s injury woes have hit guys who play behind the attackers doesn’t mean it won’t affect how the team builds its offense. Ryan Bertrand, who’s been spectacular both as a defender and providing width in the final third, has been in and out of the lineup. Morgan Schneiderlin, the team’s best player and current holder of the “all-around midfielder most likely to be referred to as a defensive midfielder” title,2 is also playing his way back to health. Without these two providing attacking threats from deeper positions, Southampton have struggled to get enough players forward, making it way too easy for opposing defenses to restrict Pellé’s space and forcing guys like Mané to let it rip.

From the injuries to the erosion and rejiggering up front, a lot seems to have changed over the past month and a half for Southampton — but none of it quite points to the inevitable fade of an underdog. The biggest concern might actually be that while undergoing an absolutely horrific stretch, the team will radically change its play in order to fix something that’s not quite broken. In fact, it’s possible that’s already happened, considering the new shot numbers all across the attack. Or maybe not, and maybe Koeman will be able to stick it out and keep the ship steady until the goal inevitably opens up once again. Of course, by that time, any hopes of a Champions League place might be gone, if they’re not already.

Count on the Cubs and Spring for Springer: The MLB Over/Under Jamboree