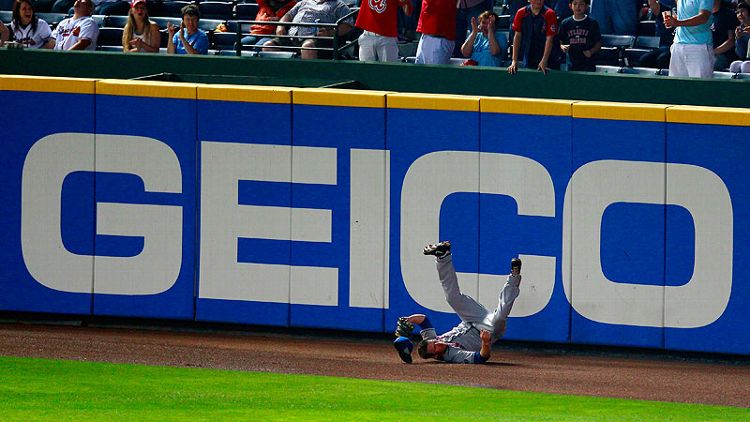 In November 2007, Citigroup Chairman Charles Prince walked away from his post with $99 million in vested stock holdings and a pension. During his four-year tenure running the company, he banked more than $53 million in salary. Prince, a former lawyer and aggressive strategist, stepped down while Citi was in the midst of an epic meltdown, hemorrhaging 57 percent in third-quarter profit, done in by the subprime mortgage crisis. This spell — timed to the country’s worst economic collapse in 90 years — was a centralized slump of unheard-of proportions. As the Dow flailed, Prince walked away sheathed in gold.

Yesterday, the Mets — who play, fittingly, at Citi Field — pulled a Charles Prince on Jason Bay. No more, they said, please do not play for us. But here’s all the money. Bay is due to earn $16 million next season, paid for by the Mets, as well as a $3 million buyout for the 2014 season and the remaining $2 million owed him from his $8.5 million signing bonus. The deal he signed in 2009 was worth $66 million for four years — he barely made it to three, amassing 288 games played, dozens of swung-through breaking balls, two concussions, and just 26 home runs. Across his three seasons in New York, Bay was worth 1.4 Wins Above Replacement — total — ranking 29th worst among 276 players with at least 800 plate appearances. A Rookie of the Year, three-time All-Star, and universally respected clubhouse presence, Bay was signed by then–general manager Omar Minaya to bolster a thin outfield for a team recovering from two brutal, consecutive September collapses. Matt Holliday was also on the market that winter, but the Mets, seeing a discount in the then-31-year-old left fielder, went with Bay. (In the same span, Holliday has averaged more than a .900 OPS and 4.0 WAR per season.) Jason Bay was terrible for the Mets. A profoundly bad baseball player and one of the worst contracts in franchise history.

But look at that video. Bay was never a full-stop villain — he was just kind of a galoot. There was something unknowable about his downward spiral, just one of those things that happens to ballplayers — loss of bat speed, broken concentration, eroding coordination, too many head shots. In 2011, he said he felt “completely lost, as uncomfortable as you could possibly feel in the batter’s box.” In a way, it made fans feel bad ripping Bay. He was such a sweet, thoughtful, Canadian bro. He was also traded by the Mets in 2002, just before his breakout in San Diego and then Pittsburgh, so there was something full-circle about his arrival. It didn’t work, as few things have for the Mets in the past five years. Bay is free, no longer trapped in the vortex of Mets pain. And something about that burns, the notion that Bay will now sign with an American League team, become a platooning DH and, if the narrative holds, rediscover his stroke with a contending team. (Can’t you see the inspiring segment on TBS during next year’s ALDS?) All the while, he’ll make the league minimum, while banking a portion of his $16 million — the rest will be deferred, allowing the Mets some spending flexibility, needed in part because of the Wilpon family’s complicated role in the financial crisis.

Bay’s situation is hardly unique — teams cut ties with players before the completion of their contracts all the time. The NBA’s one-time amnesty clause has reshaped the salary cap implications for dozens of teams already. Major League Baseball has no such provision, so the final-year dump has become a standard move for teams saddled with players at the point of no return. Alex Rodriguez has five years left on his deal — one of the great, odious contracts in modern sports — and many suspect the Yankees would be willing to eat as much as three-quarters of it to ship him and his attendant psychodrama elsewhere. Bay failed, and he’s been rewarded for that. A Silver Slugger bathing in gold.

Two weeks ago, Citigroup CEO Vikram Pandit was forced out of his position. Early reports suggest that Pandit — who accepted a $1 salary during the financial crisis in 2009 — will not be floating down in a golden chute of his own. It’s a modest course correction, perhaps a sign that Wall Street has scaled back from the halcyon (read: dangerous) days of the mid-aughts. In the meantime, just add Bay to the growing list of departed Mets outfielders still cashing Wilpon’s checks.