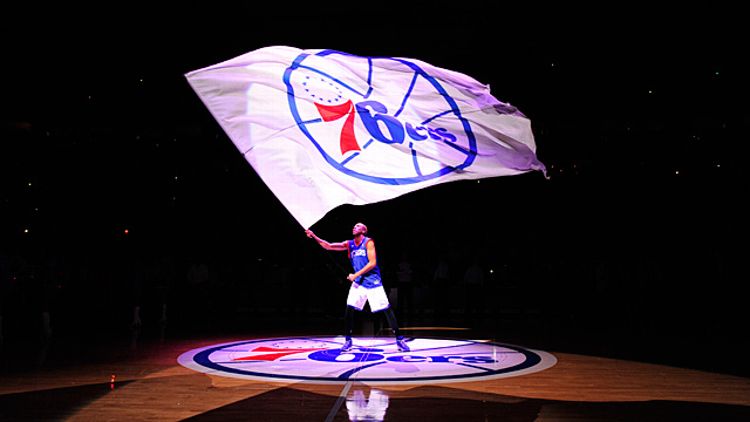 You see that flag, billowing in the darkness up there? That’s the flag of champions. This isn’t some crazy, premature, homerific Philly sports rant, people. We don’t engage in that kind of propaganda. This is science. The Philadelphia 76ers are the champs. The Regular-Season NBA Champs.

For as much as we love the NBA — and we love the NBA — there are stretches of the regular season that can feel inconsequential. But the Regular-Season Championship Belt (RSCB) changes that. The winners of the previous season’s NBA Finals start with the title. Whoever beats them takes the title from them. That team holds the championship until it loses, and so on, and so on. It’s just king of the hill, played out over 82 games.

Here’s some background: Over on the /r/NBA board on Reddit, a user asked who has the NBA Championship belt. Coming into this season, the Heat had it, but Miami lost to Philadelphia on Wednesday, meaning the lowly, tanked-up, Michael Carter-Williams–led Sixers were now the proud owners of the belt.

In an act of true basketball Internet coincidence, our own Ben Detrick gave this belt a name in Thursday’s Shootaround: the Transitive Property NBA Championship (he actually called it the Transitive Logic World Champions of All Basketball, but Montepaschi Siena might have something to say about that).

They are doing the lord’s work over on the Reddit thread, charting the holders of the belt back decades, so you should definitely check that out. We asked our Kirk Goldsberry to visualize the path the NBA Regular-Season Championship Belt took last season. Here’s what he came up with: 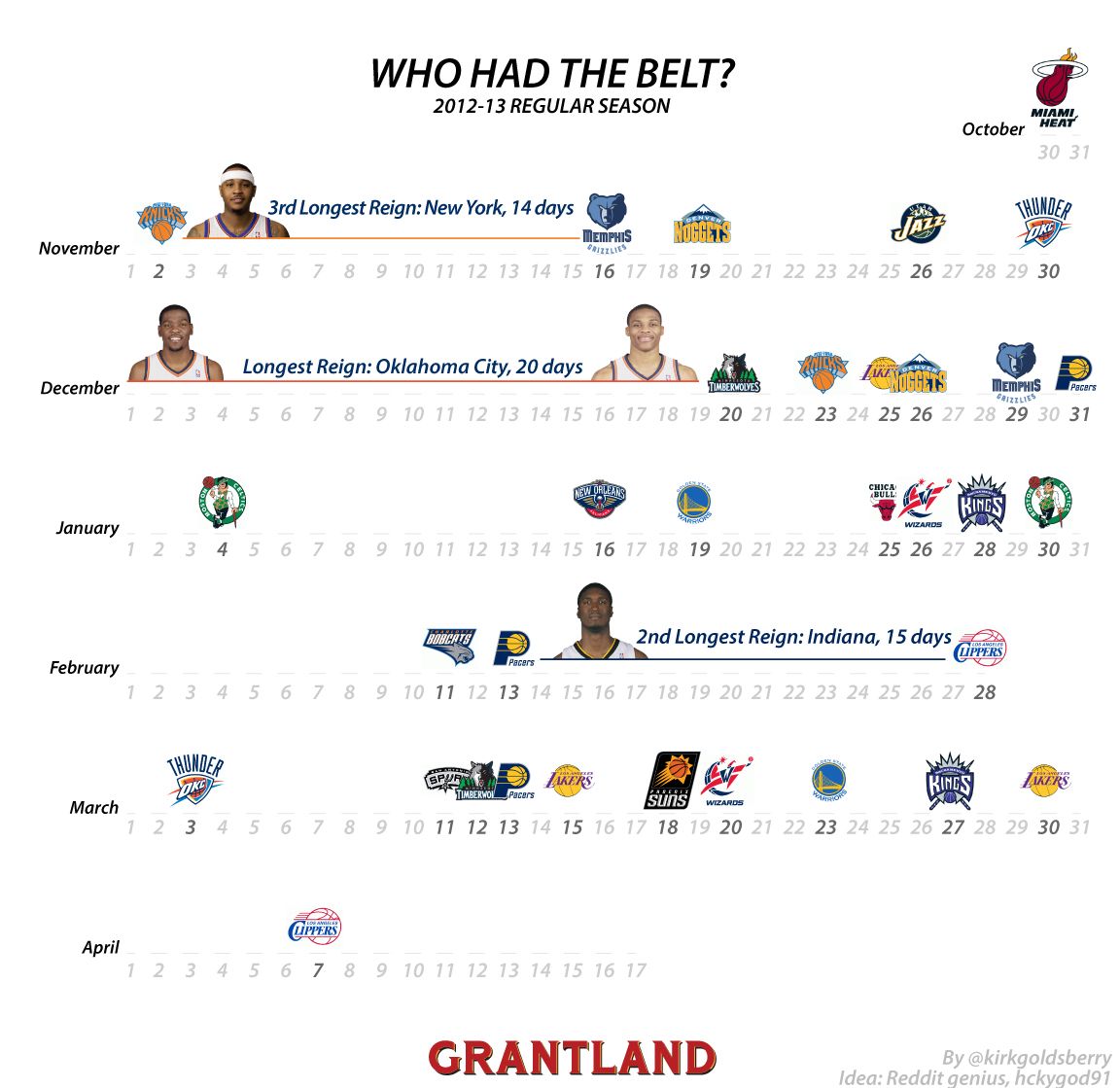 We all, rightly, went bananas about the Heat and their 27-game win streak last season. But they held the RSCB for only a couple of days, losing to the Knicks by 20 on November 2, 2012. LeBron & Co. didn’t possess the belt for the rest of the ’12-’13 season, that is until the most important day: the last one.

The cool thing here is that bad teams can have their moments of glory. Last season, the Suns, Hornets, and Bobcats were all holders. That really makes you reconsider the Mike Dunlap era, doesn’t it?

Doesn’t this make the Sixers-Wizards game tonight that much more interesting? It’s a championship game! And if the Wiz win, you know who their first challengers will be? The Heat. If the Heat win, it’s conceivable that they could hold the title until their December 5 clash with the Bulls.

We’ll keep charting the RSCB over the course of the season. Shout-out to the folks at /r/NBA again for all their hard work on this. It’s really cool. Below, one more chart from Goldsberry so you can follow along with the belt this season. In the meantime, salute the champs: 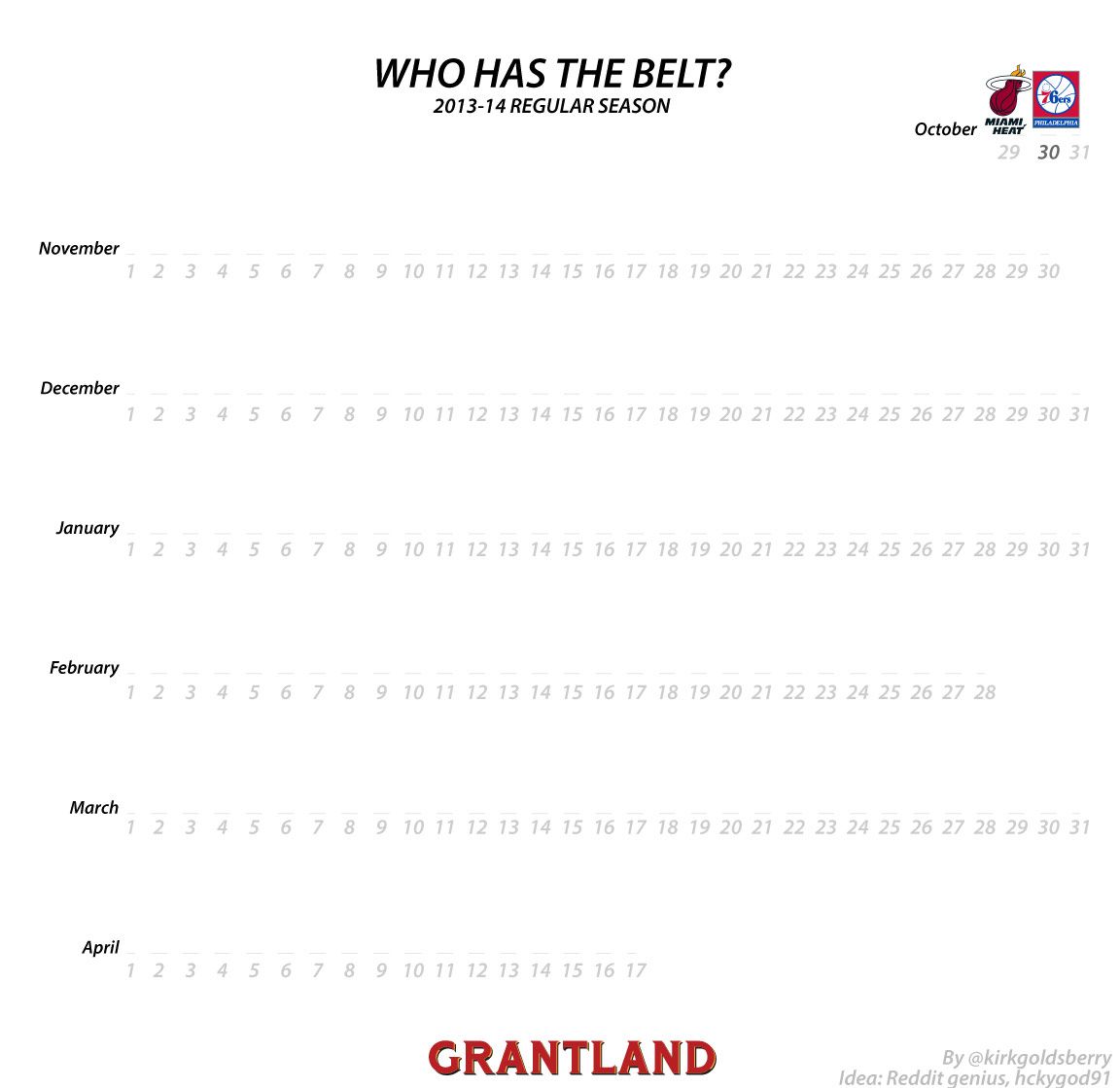