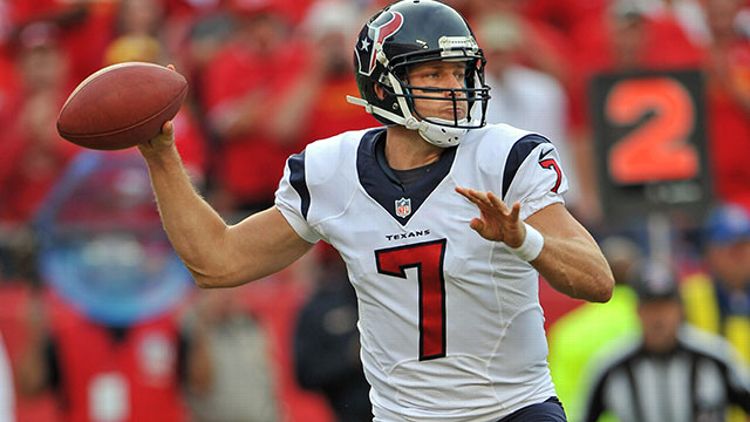 DOLPHINS (+3) over Bengals
The Skunk! So much for the Red Rifle’s resurgence … and, maybe, so much for the Bengals, who just lost Leon Hall and Geno Atkins in a span of three weeks. Unrelated: Last night was our no. 1 Alcoa’s Great Gambling Moment of the season: Miami winning in overtime on a safety, 22-20, when the Vegas over/under was 43. But it should have been our best fantasy moment of the season, too. Why aren’t all overtime game-winning safeties worth 50 fantasy points? It happens once every 20 years!

Chiefs (-4) over BILLS
Yet another break in a season full of amazing breaks for the Chiefs: Now Buffalo’s Thad Lewis is listed as doubtful for Sunday’s game, which means that mean-spirited Chiefs defense is almost definitely getting either Jeff Tuel (yikes) or Matt Flynn (YIKES!!!!). The Football Outsiders Week 8 DVOA column ranked the 8-0 Chiefs 10th overall because of their cream puff schedule. They also ran numbers on the 14 8-0 teams since 1989 — the Chiefs had the third-lowest DVOA of the 14, besting only the 2006 Colts (won the Super Bowl) and 2012 Falcons (nearly made last year’s Super Bowl). So it’s both a compliment and an insult. I like the Chiefs a little more than most, but we’ll see. Either way, we’ll always have this Andy Reid GIF.

Titans (-3) over RAMS
Your running game just churned out 200 yards on Monday night against Seattle, but on fourth-and-goal from the 1, with the game on the line, you call a timing lob pass into the corner thrown by KELLEN CLEMENS????? What???? I can’t pick the Rams this week. By the way, don’t quit on the 3-4 Titans yet — they lost to the Chiefs, Seahawks and Niners these last three weeks. No shame in that. I like the Titans this week. You and me, Bernard Karmell Pollard. Let’s do this.

COWBOYS (-10.5) over Vikings
The Cowboys just blew their umpteenth agonizing game of the Romo era in Detroit, giving up their fourth 400-yard passing game (an NFL record) and inadvertently launching 48 hours of talking-head arguments about Dez Bryant’s sideline behavior. Here, allow me to weigh in (talking-head voice): YOU CANNOT SHOW UP YOUR TEAMMATES IN THE NATIONAL FOOTBALL LEAGUE!!! Of course, the Cowboys are fine — they only need to finish 8-8 to win the horrific NFC East and earn the right to host Seattle or San Francisco as double-digit underdogs in Round 1. For the millionth time: We need to change that rule so you have to finish over .500 to make the playoffs, whether it’s 9-7, 8-7-1, 8-6-2 or whatever.

Meanwhile, the Vikings have their fans longing for the stability, imagination and precision of the Brad Childress era. Chris from St. Paul sums it up: “You ever wonder what would have happened if Pavlov had studied sports fans instead of dogs for his research? Nothing. No one would remember Ivan Pavlov, he rings a bell and dogs start to salivate after a few times. You’d think the years of heartbreak would cause me to curl up in the fetal position every time the Vikings pre-game starts. How do they trick me? Why do I keep putting up with it when I know the results already? I am dumber than a dog, and less friendly, too.” Well, then.

Saints (-7) over JETS
Chargers (-1.5) over D.C. DACEYS
Sean Payton: Living proof that a good coach is worth five to six wins. Our Super Bowl Circle (the eight teams that can win the title if they can get to January) right now looks like this: Denver, Seattle, San Francisco, Indy, New Orleans, [VACANT], [VACANT], [VACANT]. You know who might grab one of those “VACANT” spots? The 4-3 Chargers! Remember, they’re a miracle last-second TD in Tennessee and a miracle Texans comeback (back when Matt Schaub was still alive) from being 6-1. We’ll know more after these next five weeks: at Washington, home for Denver, at Miami, at Kansas City, home for Cincy. Can we at least agree that the AFC West is the class of the NFL this year?

PANTHERS (-8) over Falcons
I’m riding Riverboat Ron to the promised land! Emails like these aren’t shaking me …

Joe in Charlotte: “Loved the Riverboat Ron piece, but I can’t believe you didn’t reiterate how the power of this new analytics wave was revealed to him. It happened in that 4th and short try that he ACCIDENTALLY went for at the start of the Giants game. It’s like, a test subject who presses the intense depression button every time and then accidentally grazes the euphoric orgasm button. ‘Why would anyone ever press the depression button?’ You tell us, Ron; you tell us.”

Kurt in Doral, Florida: “Has everybody forgotten that their three consecutive wins are against the Vikings, home against the Rams, and against the Tampa Bay Staph Infections?”

YEAH. BUT. STILL. The Panthers are 2013’s Good Bad Team. And the Falcons are bad. Here’s my question: Why didn’t the Falcons trade Tony Gonzalez before last Tuesday’s trade deadline? Not just to get a future pick for him, but to make themselves worse for this upcoming draft? Wouldn’t the playoffs have been more fun with Gonzalez playing for the Chiefs or Patriots? In general, I’m always mystified over why trade-deadline deals never happen. Check out Barnwell’s Wednesday piece about NFL Trades That Should Have Happened — Jared Allen to Denver and MJD to Dallas made too much sense. I’m just glad the Patriots didn’t do anything, because …

Steelers (+7) over PATRIOTS
… now I can skip the 17-Degree Jersey Super Bowl without worrying about missing a Patriots appearance.

SEAHAWKS (-16) over Staph Infections
Feels like one of those lay-the-smack-down home games — a crappy win on Monday night, Pete Carroll yelling at them all week, then Beast Mode and Seattle’s D taking it out on the Staphs on Sunday. I’d be more concerned about Seattle’s shaky offensive line if EVERY SINGLE NFL CONTENDER didn’t have a pulsatingly shaky part of its team.

Our Shakey’s Pizza Watch for Week 9: Pittsburgh’s special teams … Mike Tomlin’s use of challenges … any situation in which Washington’s medical staff is looking at RG3’s knees … the Brandon Weeden era … the Miami-Pats officiating last Sunday … the chance of Jacksonville finishing 0-16 but somehow not getting the no. 1 overall pick … every game I’ve ever watched Jim Schwartz coach … anyone making the “Giants can win the NFC East!” case (their sked: Oakland, GB, Dallas, at Washington, at San Diego, Seattle, at Detroit, Washington … figure they blow at least three of those) … all Jerome Boger games … Geno Smith’s Rookie of the Year campaign … Steven Jackson becoming the new Takeo Spikes … the eight worst throws of every Tom Brady start … Trent Richardson 3.0.

BROWNS (+3) over Ravens
Speaking of funny headlines: It’s going to be hard to top “Campbell gives Browns reason to believe,” even if I actually believe in Cleveland this Sunday. (Would the 3-5 Browns be 5-3 or 6-2 with a decent QB, or am I crazy?) Where would Campbell rank in that Cleveland.com “Which former Cleveland Browns quarterback since 1999 would you take over Brandon Weeden?” poll that I wrote about last Friday? Can’t we run that poll back with Campbell included? I think he’d win it based off of one decent week against the Chiefs! As Stamford reader Matt B. emailed, “Nearly a quarter of Browns fans went with Couch, a guy with a 22-37 career record, under 60% completion percentage (on 6.5 YPA) and more interceptions than TDs. The results of this fan poll should be exhibit A in your list of most tortured sports franchises/cities.”

TEXANS (+3) over Colts
Houston’s next four games: home for Indy, at Arizona, home for Oakland, home for Jacksonville. They could be 6-5 heading into December with Case Keenum looking a little 2006 Romo-ish. It’s just ridiculous enough that I have to pick them this week.

Bears (+11) over PACKERS
It’s a Kitchen Sink Game for the Bears — fake punts, flea flickers, reverses on kickoffs, you name it. The 4-3 Bears aren’t nearly as bad as this line. Meanwhile, here’s an important question from Emily in Foxborough, Massachusetts: “My girlfriends and I have been arguing about this for some time. Who would win in an all-NFL-QB edition of Survivor? Has to be Brady, right? And there’s a 97.8% chance that Peyton gets to the final three and blows it.”

Thanks for making that joke so I didn’t have to. But I’m not with you on Brady — he’s an early target; everyone bands together to get rid of him and Russell Wilson. That’s the biggest lock of a Survivor QB season other than (a) Phil Rivers and Michael Vick being the first two voted off, (b) the Manning brothers banding together to get rid of Drew Brees, and (c) Tony Romo looking like the favorite with five weeks to go, then blowing an easy challenge and getting voted off. Our final three? Aaron Rodgers (the mastermind), Alex Smith (the non-threat who gets dragged along to the top three because everyone else thinks they can beat him), and Peyton (covered above by Emily). Rodgers wins the final vote easily. Last but not least …

In Case You Missed It, Part 1: Here’s my column about Bill Russell, David Ortiz and the 2013 Red Sox, posted Thursday afternoon on Grantland. In the old days, I would have stayed up until 5:30 a.m. that same night to write and finish the piece — like I did with this column about Games 4 and 5 of the 2004 ALCS. Now? I go to bed early, then wake up at 5:30 a.m. to start writing. Translation: I am old.

ICYMI, Part 2: We finished our 30-team “Bill & Jalen’s NBA Preview” series on the Grantland Channel last Tuesday. Here’s the super-cool landing page that has all 30 of our videos.

ICYMI, Part 3: Jalen and I launch another NBA Countdown season tonight at 7 p.m. ET on ESPN with a one-hour (belated) NBA preview show. We tweaked the “Countdown” format this season — it’s going to be much more of a stand-alone, big-picture NBA show than a promoting-the-upcoming-games pregame show. Just give us a DVR season pass and you won’t miss any of them. I’m doing Fridays and Sundays during the season, then playoffs and Finals.

ICYMI, Part 4: In the past six months, we added Andrew Sharp (the Triangle), Holly Anderson (college football) and Zach Dionne (Hollywood Prospectus) to our Grantland roster and they’ve all done fantastic work. Check them out if you aren’t already reading them. Also, Grantland’s terrific pro wrestling connoisseur, David Shoemaker, just released a book called The Squared Circle: Life, Death and Professional Wrestling that’s a must-read if you enjoy wrestling (or even if you just enjoy Shoemaker).

ICYMI, Part 5: A Reddit thread about the hypothetical NBA regular-season championship belt inspired a massive email chain last night and, eventually, this over-the-top Triangle post that went up this afternoon. One of my favorite ideas in a long time. Holding the belt for even 48 hours will be my personal highlight of the 2013-14 Celtics season until the lottery happens.

ICYMI, Part 6: I loved the latest 30 for 30 about Jimmy Connors, directed by occasional Grantland contributors Brian Koppelman and David Levien. The film reruns on Sunday at 9 p.m. on ESPN2. Koppelman and I just recorded a B.S. Report about Connors, 1970s tennis, Vin Diesel and the real possibilities of Rounders 2 happening. (Click here if you missed it.) In that podcast, Koppelman brought up a great point: He has now written for Grantland, directed a 30 for 30, written a two-part “Curious Guy” email exchange with me (back in 2006), made a prominent mailbag appearance (last April), and recorded a B.S. Report. He’s basically the first person to hit for the Simmons Cycle. He’s done everything but date my wife and babysit my kids.

ICYMI, Part 7: Grantland had our best traffic month in October by far — just wanted to thank everyone for spreading the word and supporting our site. Enjoy the weekend.