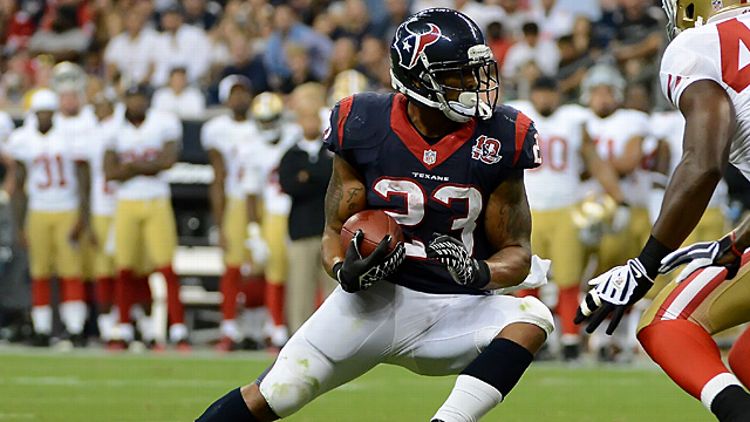 Tonight begins Week 1 of the NFL’s regular season, and with it, Week 1 of Fantasy Island — Grantland’s competition to find our fantasy football writer. The Fantasy Island Draft was last night, and within the first 15 minutes the league was already chastising someone for a celebrity name drop. You’d never think these people were 10 strangers picked to live in an Internet house. And with that, here are your Fantasy Island contestants:

Bio: Most of my time is spent around music, so being able to write about fantasy football is a nice reprieve. Like most men in about nine Southern states, I believe I know more about football than anyone.

Draft Analysis: Aside from taking a safe pick with Rodgers, I feel like my season hinges on two dangerous and predictably bad teams. Trent Richardson plays in Cleveland, the city most likely to be hit by an asteroid. Reggie Bush is the focal point of Miami’s potent USFL offense. Neither player can reliably tell you who will be handing him the ball in Week 4.

Bio: Ryan Moskal is 27 years old and from Atlanta. He will never forgive Kent Hrbek for the 1991 World Series. He proudly represents all things ATL. He refuses to draft Jay Cutler because he saw Cutler botch a parallel-park job in Wrigleyville this summer. He will miss Chipper Jones.

Draft Analysis: My running back sitch is terrible! I have Marshawn Lynch and three guys who I picked up at last call and need to send home before my roommates wake up. I do have Tom Brady and Matt Ryan, who just so happen to be my two favorite QBs. I need to trade one of them, but part of me wants to sew their jerseys together like Brady Quinn’s sister.

Bio: Stephen Whiting is a 2010 graduate of the University of Oklahoma and is currently employed by KWTX-TV in Waco, Texas. He spends most of his free time lobbying to change the Gray Television Inc. handbook so he can finally implement “No Pants Fridays.”

Bio: Josh Klein is a professional in his early 30s who spent more than two hours today trying (and failing) to come up with a pun involving the word “Cam.” He also has a dog named Awesome and is one of three Carolina Panthers fans in Denver, Colorado.

Draft Analysis: Well, that really got away from me. I spent too much time deciding between Steve Smith and Brandon Lloyd (the same choice Sophie had), and auto-drafted Eli Manning at 42. I have always been a believer in waiting for QBs, so drafting Eli was a real kick in the groin. Overall, if AP/AD bounces back, I like my team. Ten minutes after the draft is no time to overreact. I save my Panic for the Disco.

Bio: I’m a Chicagoan originally from Morehead, Kentucky. Worst sports fan moment: watching the Oilers lose the Frank Reich game. I cried equally hard watching that as I do watching the Olympics or America’s Got Talent, which is HARD. And I’m totally out of my depth here on Fantasy Island.

Draft Analysis: I knew what would happen.

I pressed the “Draft” button anyway.

The chat box lit up: “WAIT! DID A KICKER JUST GO?”

I’ll pause now as a million guys tear backward baseball caps off their heads, stomp on them, and scream THAT’S WHO THEY CHOSE INSTEAD OF ME?!?! That is indeed who they chose.

Bio: Matt Borcas hails from America’s 37th-best place to live, Mentor, Ohio (east of the best place, Cleveland), and, along with Brandon Weeden, indulges in mildly patriotic outfits from time to time. When not tinkering with his fantasy roster, he writes about the frozen yogurt industry at Scrawl so Hard.

Draft Analysis: Initially, I wasn’t content with the sixth overall pick that ESPN’s kinda-fishy “random” draft-order generator churned out because I presumed it precluded me from owning an elite QB. Little did I know my league-mates were so enthralled with Grantland’s Bad Quarterback League Machine that Drew Brees slipped into the Garden of Weeden! My starting RBs — Maurice Jones-Drew and BenJarvus Green-Ellis — incinerate the competition for “most syllables at a single position,” a feat of which I am irrationally proud. While I didn’t actually draft Weeden, I have three WRs named Brandon (basically the same thing!): Marshall, Lloyd, and Stokley.

Bio: I’m a Washington, D.C.-based writer who enjoys networking happy hours, almond milk, and gentrification. For solidarity, my wife and I hang with Congressional Hill staffers also from Texas that rock pearl snaps, Luccheses, and love the Dallas Cowboys. We otherwise disagree on substantive policy matters.

Draft Analysis: Entering the Octagon, my goal was to drain depth by hoarding like a 1 percenter: running backs in the first, second, and third erected the wall. Deep-cut sleepers were shelved for boring stalwarts like DeAngelo Williams, and these Ramóns boast crazy touches. Tony Romo was the fan-favorite reach — have to big up the NFL’s premier third-generation Mexican American QB1 — but Antonio Gates still hanging in the green room a round later will be the coup that delivers champagne toasts. Plantar fasciitis be damned.

Bio: Frank DuPont is a real estate broker by day and an obsessive fantasy football player … also by day, which might not be a good thing. He’s a prolific tweeter, where he rants about things like the Guns N’ Roses video masterpiece “November Rain.” He lives in the Los Angeles area.

Draft Analysis: My Fantasy Island writing entry focused on the fact that I largely don’t believe in the idea of injury proneness, so my draft strategy was to take enough injury-prone guys so that karma could give me a throat punch by about Week 3. I’m tentatively planning on a few ACL tears and maybe a high ankle sprain or two. Ideally, I’ll be trolling the waiver wire in Week 3, talking myself into Kendall Hunter’s upside.

Bio: I’m the author of Fantasy Football for Smart People and founder of The DC Times. I currently write for the New York Times, NBC, DallasCowboys.com, Dallas Morning News, Pro Football Focus, and RotoWire. My girlfriend and I live in Brooklyn, New York, with my hound, Bowie Malone. The three of us eat a lot of Easy Mac.

Draft Analysis: Due to the starting requirements and the value left on the board, I selected three running backs to start the draft. Ryan Mathews’s injury doesn’t hurt as much with Arian Foster and Jamaal Charles ahead of him. Other than that, I generally sought high-upside plays like Dez Bryant, Jermichael Finley, and Michael Vick. I made it a priority to target a second quarterback (Ben Roethlisberger) fairly early to offset the risk inherent to Vick’s game.

Bio: Ben Liebman lives among the deep-V-neck wearing masses in Brooklyn, New York, where he spends most of his time debating with his fiancée what to watch off the DVR. A long-suffering Redskins fan and amateur dog whisperer, Ben can be found wherever meats are being grilled.

Draft Analysis: LeSean McCoy falling to the fifth slot should be a big story, but you won’t believe whom I got. I drafted Fitzgerald, Jennings, Wallace, Bradshaw, Davis, and some guy named Peyton Manning. So what. The real story here is a man named Timothy Richard Tebow. I also got Boldin and Wells. Snooze. Every team needs a white whale, and in the end I took Tebow for the same reason Hemingway drank: makes great stories.