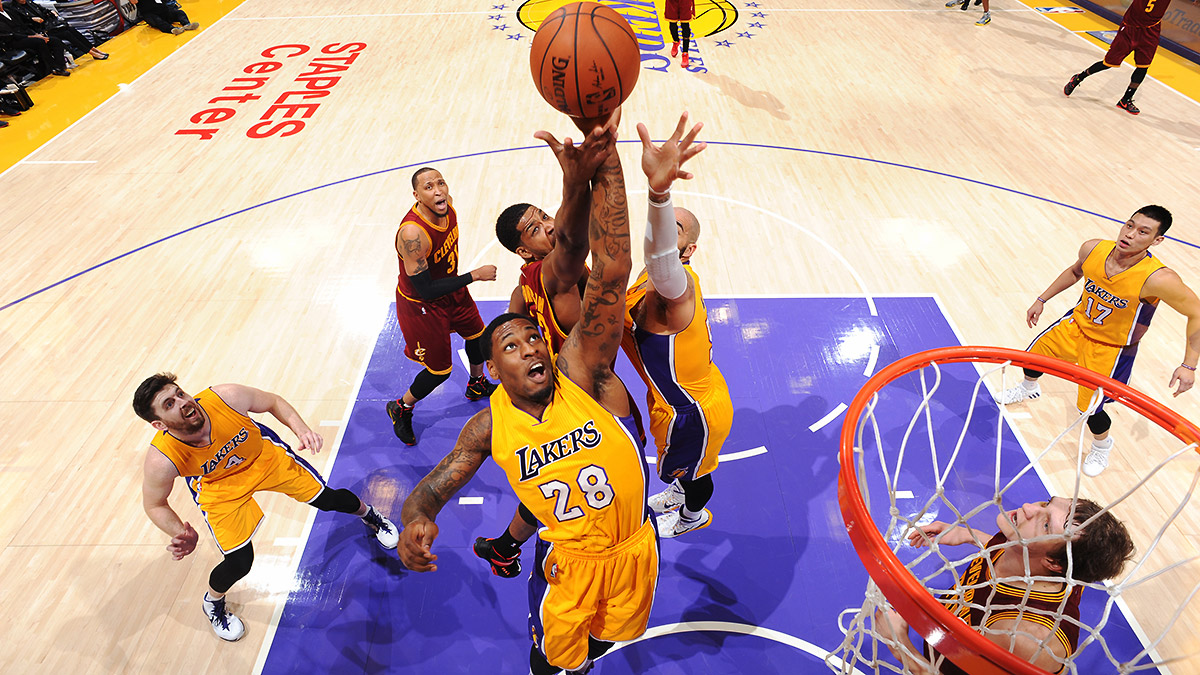 Who’s That Guy is an ongoing Grantland series and an orientation tool to use in the vast sports landscape. And hey, even though they have a terrible record, the Lakers are still a very real part of that landscape.

Who is he? Tarik Black, a rookie power forward/center for the Los Angeles Lakers.

Where is he from? Memphis. He played college ball at Memphis for three years and then transferred to Kansas for his final season.

Why are we talking about him? Black has been sneaky good since joining the Lakers on a two-year, $1.3 million contract, averaging 7.7 points and 5.3 rebounds per game. Black had signed a partially guaranteed two-year deal with the Rockets after going undrafted and had played some quality minutes in place of an injured Dwight Howard, but then the Pistons released Josh Smith and the Rockets waived Black to make room for J-Smoove. On December 28, the #LakeShow grabbed Black off waivers.

His game in 65 words or fewer: Black’s a solid defender and an even stronger rebounder, he creates offensive opportunities for himself thanks to his knack for grabbing boards, and he’s extremely efficient playing around the rim and off the ball. His best performance came January 9 against the Magic, when he scored 14 points, grabbed nine rebounds, and blocked a shot in just 17 minutes to help secure a Lakers victory.

OK, cool, but how has he done in other games? If stretched over 36 minutes, his numbers would be fantastic:

Give that man some time, Byron!

Can undrafted players have successful NBA careers? Yep, they sure can. Ben Wallace, Bruce Bowen (Go Titans #tusksup), and Jeremy Lin all went undrafted before becoming household names. Wallace and Bowen both won championships, and while Lin hasn’t quite managed that, he did have #Linsanity.

How do Black’s teammates like him? Swaggy P loves Black’s name:

He’s almost as enthusiastic as Black’s KU teammates used to be:

How is his social media presence? Strong. His @TarikBlack25 background image is action figures of WWE superstars Brock Lesnar and the Undertaker.

He’s also the only person I’ve ever seen use the PG version of “Lmao”:

How can you not love him?

Why you should know him: Black has played extremely well in limited minutes as a Rocket and Laker, and though L.A. is surprisingly deep in the frontcourt this year, the team is also in position to experiment with young talent because of its 12-30 record.

And Black is grateful for the chance: “As soon as I walked through the door, coach shook my hand and told me that as long as I work hard, I’ll be all right out here,” he told the Los Angeles Times. “Usually coaches don’t even really talk to us like that unless you’re their franchise player or their top draft pick. Undrafted guys? They don’t give you the time of day. Coaches here have shown me love from day one.”

The Lakers aren’t going to make the playoffs this season, so why not give Black enough minutes to develop his game? He has a lot of potential as a role player, and he should be part of the Lakers’ long-term future.

Of course, if this basketball thing doesn’t pan out for Black, he can always call up his good buddy Aaron Rodgers, who’s apparently a big fan and wants Black to play tight end for the Green Bay Packers. Watch out, Brandon Bostick!

Do Not Cross Damian Lillard