I Suck at Football, Week 13: Human Kindness Is Overflowing 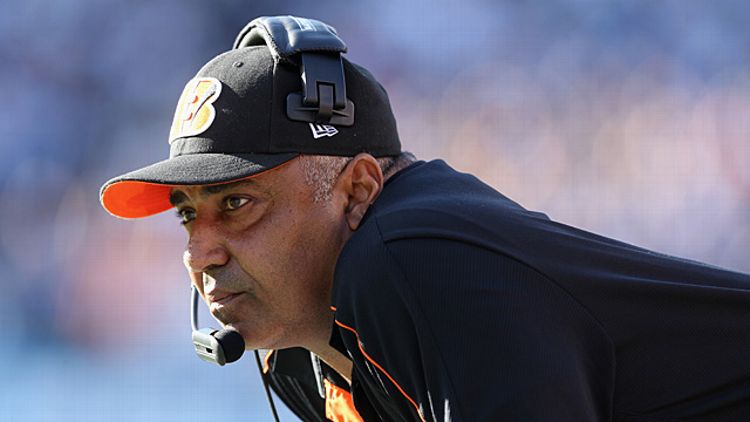 “WheelsUp … Back to Cali on a business trip,” the Cincinnati Bengals’ Vontaze Burfict (born in Los Angeles in 1990) tells his 4,862 Twitter followers on Thursday. Between “WheelsUp” and “Back to Cali,” he types three little Emoji airplanes, like a 15-year-old girl, but still: This is a pretty casually badass way to refer to a road game against the Chargers. There is, suddenly and improbably, something badass about the Bengals. They land in California having won three straight. Perhaps they walk through the San Diego airport in slow motion, wearing sunglasses, Battles Without Honor or Humanity looping in their heads, pulling rollie suitcases full of newfound purpose and confidence.

As for me, I head into Sunday badly in need of another win. It has rained for — this is a rough estimate — 97 days in a row. Hello, seasonal affective disorder, my old friend. Every day I listen to Randy Newman’s “I Think It’s Going to Rain Today,” and it does. Randy is a prophet. Randy understands me. My entire existence in Los Angeles has been trackable on the Randy Newman spectrum. First I was all *, and then I was all **. I walk around my house (which, like all houses in Los Angeles constructed before 1996, is made entirely of drafts and spiders) wearing a Lebowski sweater unironically and eating peanut butter out of the jar like a raccoon. Even though you automatically fail at the Internet the minute you read the comments on anything, I read the comments on last week’s football column and passive-aggressively favorite the ones that question my qualifications as a writer and a husband and the veracity of my professed emotional investment in the ups and downs of the Cincinnati Bengals.

Coach Marvin Lewis, to Bengals.com, on squad-motivation techniques: “I show a lot of sniper videos.” This was before last week’s game against the Raiders, in a more innocent time for NFL gun talk. Confidential to potential anonymous sources with Bengals locker-room access: I need to know more about these sniper videos. How many sniper videos is “a lot”? And are we talking more like this, or more like this? Bob Lee Swagger on a million.

Somebody asks if my journey into football fandom in any way resembles the omnipresent-during-televised-games commercial in which a mobile-phone football app transforms a seemingly depressive cat lady into a vivacious and outgoing super-fan. A Season 1 Peggy who becomes a stats-spouting Joan, makes lots and lots of new friends at the hair salon and in the home-superstore checkout line, and ends up at some sort of garden party with Drew Brees, whom she accidentally splatters with a plate of baked beans.

(Which is, y’know, that much more epic of a fail, because he’s wearing the same light tan blazer he wears in the ad where he fights One Direction for the last Pepsi. Does his standard endorsement contract have a tan-blazer clause? Also, seriously, are the members of One Direction not at a level where they can request their own private supply of soda? One Direction, just give Drew Brees the Pepsi, please. All he wants is a Pepsi, just one Pepsi, and they won’t give it to him. Just a Pepsi.)

On one level, the answer is yes. I am that cat lady. Except by the end of the commercial the cat lady seems to have learned way more about football than I have. I have yet to attain a correcting-people-on-the-bus level of football knowledge. I keep seeing this ad — and the male version, in which the mobile-phone football app makes over the life and wardrobe of a proto–Napoleon Dynamite office drone — and I keep meaning to write about it. It’s interesting how this commercial just comes right out and says what most commercials attempt to subtly imply — this product will make you a better person — even though (with all due respect to the app, which I’m sure is a fine app) there’s no possible way that’s true. More than anything, though, I’m jealous of these fictional people. They unlock the secrets of football and football rewards their devotion by improving their lives. Football has only made my life more confusing.

It looks like something has come over the Bengals’ fan base. On Monday, TMZ reports that celebrity Bengals fan Nick Lachey was escorted out of Qualcomm Stadium during Sunday’s game “after security decided his TRASH TALK [caps TMZ’s] crossed the line.” You stay enforcing a standard of classiness, San Diego!

And then on Tuesday there are details of the TRASH TALK. Lachey and his bros are alleged to have taunted a Chargers fan in an Igor Olshansky jersey, causing the fan’s wife to snap back at Lachey that Olshansky’s tenure with the Chargers (2004-08) “lasted longer than your boy band.” Cue alleged Nelson Van Alden–esque disproportionate response on Lachey’s part, possibly involving some choking and the use of the expression “f—ing b—-.” TMZ has video, which either depicts Lachey choking somebody or not choking somebody, or possibly the birth of a whale — it’s pretty blurry.

When I started doing this I promised myself I wouldn’t go meta and I wouldn’t Larry King it.

“I Love L.A.” is totally Randy Newman inventing Best Coast. Just like Billy Joel’s “It’s Still Rock and Roll to Me” is the first Spoon song. And Guns N’ Roses’ “Live and Let Die” is better than McCartney’s. These are just facts, I’m sorry.

My understanding from the blogs and the papers is that in San Diego on Sunday the Bengals played less like cold-blooded snipers ringed in Jesus-fire and more like the clumsy, easily rattled Bengals of a month or so ago, but managed to eke out a 20-13 win anyway. Paths to postseason glory are revealing themselves.

I don’t actually see the win happen, though. As of game time, 11,000 tickets remain unsold at Qualcomm Stadium, so the Bengals-Chargers game is blacked out in Southern California. (That’ll teach San Diego-ans to not care about the Chargers.) It takes me a long time to figure this out, though. I wander, in search of a screen with the game on it, from Ye Rustic, where the waitresses shuffle around in 10,000 BC–ish woolly mamm-Uggs, to the Public House on Vermont — no dice there either. Back out into the mist. Which stops being mist and starts being rain long before I get to the fancy-beer place at Sunset Junction.

It’s like a bad joke about Silver Lake, this place. Ninety thousand kinds of beer and more than three kinds of people. The hostess explains to me about the blackout. I sit and drink a fancy beer and follow the game on my phone as a box score while half-watching Browns-Raiders. It’s maddening. It’s like in California Split, when George Segal is in the card room playing their whole stake and Elliott Gould is stuck out at the bar with no money, going nuts. Knowing that there’s a tense Bengals game happening somewhere and I can’t see it makes it impossible to focus on anything else. I take notes on the commercials. Here is a man shaping the frame of a Very Large Truck with his big man-hands so that he can relax inside it after a long day of felling trees with the help of Babe the Blue Ox. Here are some children enjoying a touch-screen device. This week, on an all-new Hawaii Five-O: a Victoria’s Secret model! This week, on an all-new Person of Interest: squares! Squares on people’s faces! Here is the Very Large Truck again, now pulling the space shuttle.

Except: Does satellite radio actually use satellites, or is that just a figure of speech? I legitimately have no idea. I thought I’d made it clear that I know nothing.