How Did Sportsbooks Do on the BCS Title Game? 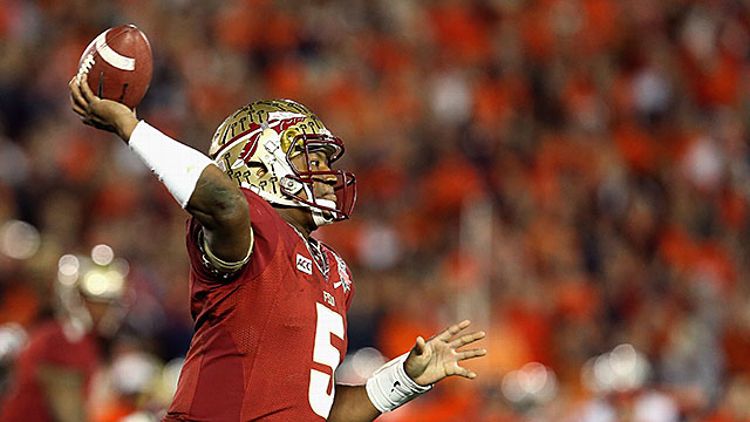 In bookmakers’ responses to what result they needed in the BCS title game, the word “huge” was used more than once. “Huge potential loss,” said Kevin Bradley when describing the open Auburn-to-Win-BCS-Title tickets Bovada.lv was desperate to dodge. “Huge liability,” said Sportsbook.ag’s Mike Perry to describe his Auburn futures. At LVH Superbook, some of their Auburn futures were priced at 1,000/1. After Florida State scored a late touchdown to make all of those Tigers tickets worthless, LVH boss Jay Kornegay said “I’ve aged eight years in the last four months.”

Florida State winning the game, but not covering the spread, was nothing less than ideal for bookmakers. Marquee games attract many novice bettors who are often confused by the point spread. They understand simply picking the winner, and they don’t like betting large amounts, only to win small with the favorite on the money line. Thus, the underdog on the money line is the most appealing way for the most casual of bettors to have action on the big game. Spread bettors, on the other hand, strongly supported Florida State from -8, all the way up to -11, by game day. And, as if following a script from the bookies, the Seminoles won by a field goal — knocking out the Auburn futures, the lopsided Seminoles spread backers, and the lopsided money line action backing the underdog.

Monday night was the first time in BCS title game history that the point spread mattered. In the 15 previous games, either the underdog won outright or the favorite won and covered. One of the biggest differences between professional and recreational bettors is the emphasis the pros place on trying gain every possible half-point of value — understanding that over time the difference between +5.5 and +5 is often the difference between profit and the poorhouse. Yet, as past BCS title games have shown, many games can go by without the points mattering at all.

The SEC’s championship dominance was finally broken, but the conference continued its streak against the spread: Auburn’s cover was the eighth straight against-the-spread win for the SEC in the national championship. Looking at all BCS bowl games this season, entering Monday, underdogs had pulled the outright upset in the first four matchups. Betting $100 on the underdog to win each of those first four BCS bowl games would have won $32,130. A bet on Auburn to pull the fifth upset would have potentially increased the total win to $128,500! Alas, the curse of “Letting It Ride” is the inevitable loss, which, in the case of Auburn falling short, turned the original $100 into $0.

RJ Bell (@RJinVegas) is the founder of Pregame.com. His ESPN radio show in Las Vegas can be heard weekdays at 10 a.m. PT

Welcome to Hardwood: A Season on the Brink With Middle School Basketball Players