Hardwood: The Megalodon Laughs at Gravity 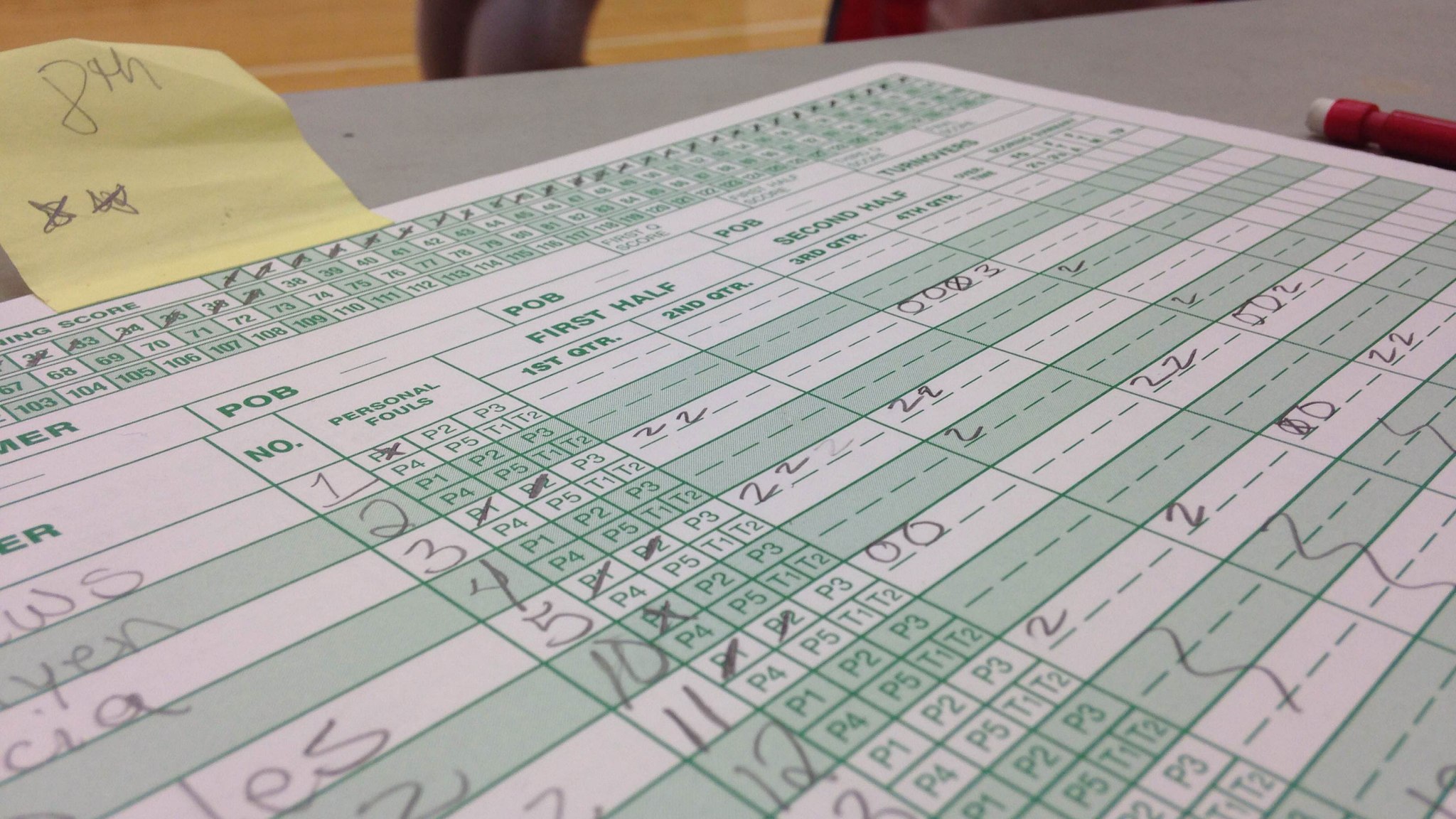 Let me tell you about Glue, one of the players I am rooting for, not just on the court, but in life.

Glue is an itty-bitty seventh-grader. I met him while acting as assistant coach of the football team last season. I knew early on I was going to be Team Glue, because he would always say things like, “I don’t know what a linebacker is, coach, but I know I can do it if you let me try.” He’d say something like that basically every day. No matter what we asked him to do, he enthusiastically attempted to do it, which we found especially charming given that he is the size of a large cat.

“Glue, go disassemble the carburetor in my car.” Yes, sir.

He is a champion.

The best Glue anecdote from basketball season so far: he missed practice the day before our game this week, because his dad was taking him to get new glasses (which he was very excited about), along with prescription goggles to play basketball in (which he was less enthusiastic about; kids, as it is, aren’t very pumped about looking like Horace Grant, even if they don’t know who Horace Grant is).

Glue showed up on game day with both, but chose to wear his glasses during pregame walk-throughs. I asked him about his goggles. He said they were in his locker. I asked him why they weren’t on his face. He said he was gonna put them on for the game, that he didn’t need them yet. I asked him if he was sure. He said he was sure. Minutes later a basketball ricocheted off the rim and hit him square in the face. His glasses immediately snapped in two. When he realized what had happened, he shook his head, picked up the broken pieces off the court, tried in vain to snap them back together, looked up, realized that I was looking at him, then said, “Is this a movie?”

We played School J, a team I thought our boys could handle without much fare, and School M, a team I was excited to play because it generally offers up a talented, capable group of basketball players. (I prefer games that are close.) The eighth-grade team obliterated both schools, and the seventh-grade team beat School J legitimately and beat School M by default (they didn’t have enough players to make a seventh-grade team).

The Hammer, eighth-grade forward: The Hammer has a girlfriend who plays basketball on the eighth-grade girls’ team (she is their best player, of course). I’d assumed his relationship status was going to affect his game at least a tiny amount — how can he be our most terrifying competitor with all of those tiny hearts floating out of his ears? Alas, I am a fool.

The only thing more intimidating than The Hammer is The Hammer, inspired by love. Before the third quarter of the game against School M, he remarked that he was going to “play this one” for Girl Hammer. He scored 10 consecutive points in the first two minutes of the quarter (10 middle school points = 9,000 NBA points, if you were wondering about the conversion rate). I hope he and Girl Hammer get married one day and they have quintuplet boys because five Baby Hammers would beat every team, and also probably beat world hunger too.

Ant, seventh-grade power forward: Ant is a big, likable, just generally sweet kid. In our second game, he lobbed the ball up toward the goal maybe 60 times. When one of them finally fell in, he turned around, and smiled like he was powered by a large generator, clapped his hands FOR HIMSELF, then walked — WALKED — back downcourt. Nobody has ever been happier about anything than Ant was for the first two points of what I have to assume will be a legendary career.

Quick note about Ant: I call Ant “Ant.” The boys on the team, however, call him Big Sexy. They’ve been doing so since maybe the second day of practice. He has it written on the front of his shoes too. I can’t tell you how funny it is during games for him to grab a rebound, then turn around to a group of outlet runners shouting “Big Sexy! Big Sexy!” so he’ll throw them the ball.

Every week, The Megalodon does at least one thing that makes me reevaluate the way I understand time and space. This past game, one of the opposing defenders stole the ball from one of our players and accelerated toward the basket. The Megalodon, having seen the poaching before anyone else because The Megalodon can see into the future, had already positioned himself to chase The Defender down from the opposite end of the court. It was clear almost immediately that they were going to arrive at the hoop at the same time, which is exactly what happened. The Defender, an overwhelming athlete against virtually anyone else, had designs on outjumping The Megalodon. He probably won’t try that again.

The Megalodon chopped his steps when he got near the rim to make sure his balance was proper, activated his thrusters, then sprung up into the atmosphere about a quarter of a second before The Defender. The Defender reached his apex, realized that he was staring into the chest of The Megaladon, panicked, then did a midair turn to try to shield the ball, hoping something — ANYTHING — other than what he knew was going to happen would happen. The Megalodon had no qualms; he signed his agreement long ago with gravity, nullifying its effects on his body. The Megalodon simply waited, suspended in air, until the ball was released. When The Defender finally gave up (God bless his heart, truly), he flipped the ball up toward an area that he thought the rim might be. The Megalodon very matter-of-factly spiked it right back down to earth with infinite fury and malice. The Megalodon is our team’s LeBron James.

“Coffee? You drink coffee? What are you, 38 years old? Whose dad are you?” — The Hammer, to a boy who said he needed coffee

Panthers defensive end Greg Hardy, a.k.a. “the Kraken,” said he went to one of Oahu’s beaches with his girlfriend to see the waves, but he didn’t set foot in the water. “I don’t play around like that,” Hardy said Thursday. “Not before money time.”