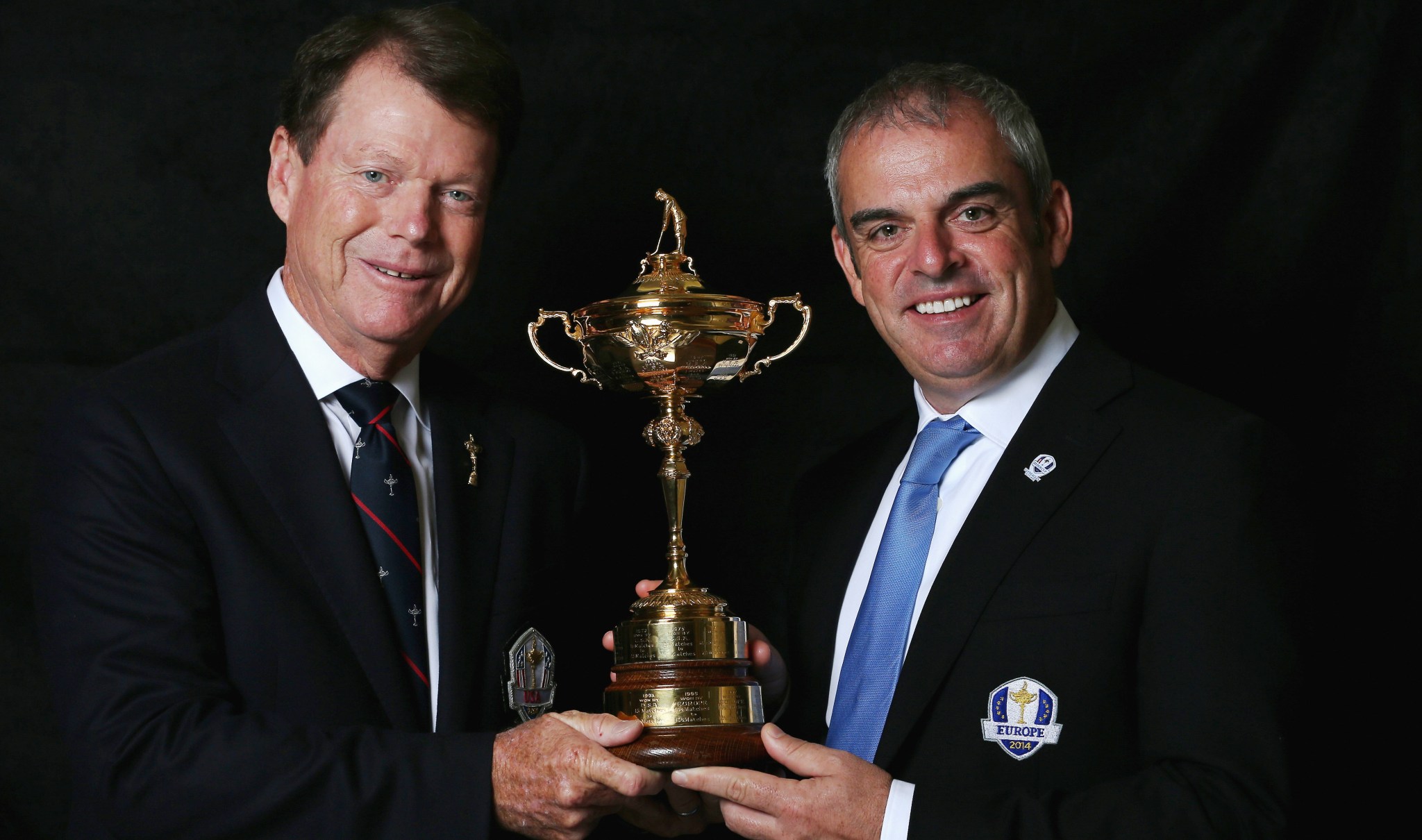 Unless you’re the kind of fan who enjoys celebrity breakups, thrilling quasi suspensions, or SWING COACH DRAMA, there aren’t many exciting off-the-course days in the golf calendar. It’s a sport with no draft, no trade deadline, and no free agency. Nobody cares if a college kid turns pro early, it takes forever for the old guys to retire, and I’m going to have to Google right now to see if there’s a Hall of Fame. (There is!)

Everything important happens in competition, with one major exception: the announcement of the Ryder Cup captain’s picks. For golf nerds like me, this is our only chance to second-guess a momentous decision that doesn’t involve going for a green in two or switching irons at the last moment because of a phantom wind gust. This is brain work. This is strategy. This is prediction. This is Selection Sunday combined with the NFL draft combined with a third thing that hasn’t yet been invented but which itself combines elements of patriotism, anticipation, scorn, disbelief, and, finally, relief or anger.

Background for the newbies, real fast:

This year’s Ryder Cup will take place in Scotland, at PGA Centenary Course at Gleneagles (not to be confused with the Gleneagles Golf Course in San Francisco), on the last weekend of September. The Ryder Cup is a biennial team competition pitting the 12 best American golfers against their 12 best European counterparts; for a quick primer on the format, visit this preview from 2012. In short, nine golfers from each team qualify automatically based on two years of results. That leaves three spots per team that are filled by the captains — Tom Watson for the Americans, Paul McGinley for the Europeans. McGinley will announce at Wentworth Club, just outside London, at 12:30 p.m. English time (7:30 a.m. ET), and Watson — possibly in a nod to Grantland’s SNL week — will make his picks at Studio 8H in New York at 7 p.m. ET that night.

So what can we expect? Let’s start with …

Watson has to make a philosophical choice: Will he go conservative, as Davis Love III did in 2012 by picking “experienced” players (more on that in a second), or is he going to recognize that U.S. golf is in the midst of a lost generation — seven losses in the last nine Cups — and go young? If the blunt style from his last captaincy, in 1993, remains (as John Feinstein wrote in A Good Walk Spoiled: Days and Nights on the PGA Tour, Watson’s first words on a tough phone call to Curtis Strange were “Curtis, you’re out”), then there’s hope of the shake-up this team needs to pull off an upset in Scotland.

Here’s a video of them doing the ice bucket challenge:

Definitely Not Making It 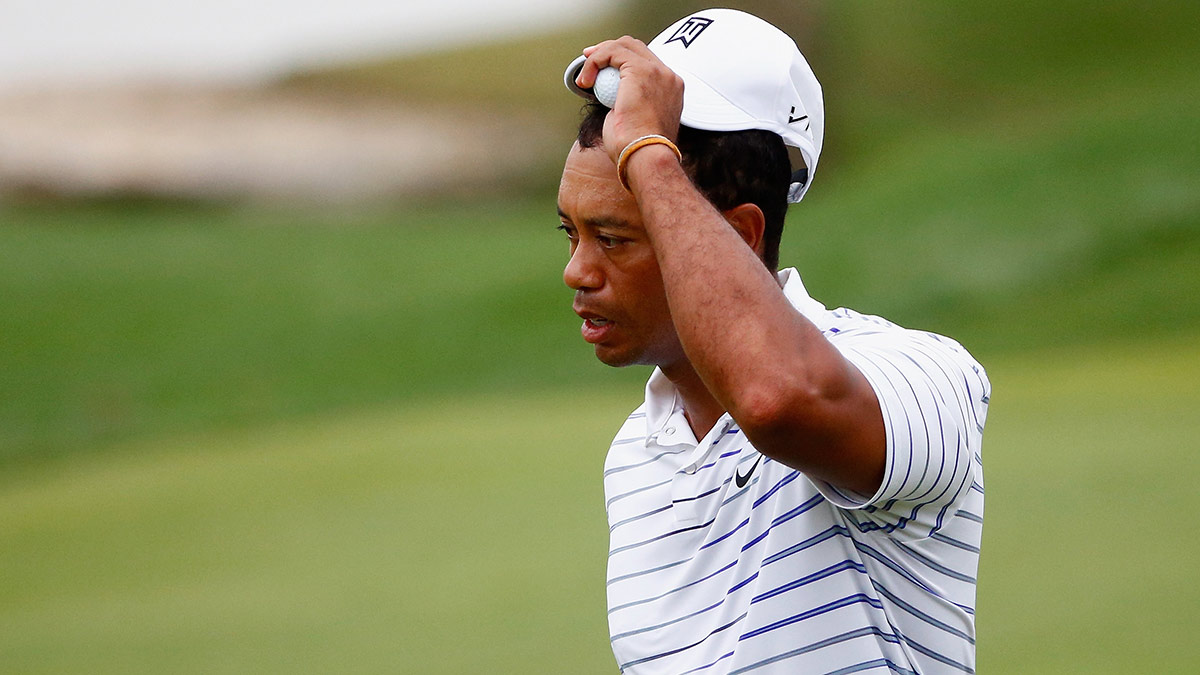 Tiger Woods: He withdrew his name from consideration, guys. You can stop asking. (Here’s my conspiracy theory, though: Since the withdrawal happened two days after Tiger pointedly asked Watson to pick him for the team, I’d put money on a Watson-to-Woods phone call that went like this: “Tiger, listen. You’re clearly still injured, your game’s in the tank, and you’re not playing between now and Gleneagles. Feel free to handle this on your own terms, but realize this: There’s no f’ing way you’re making my team.”) 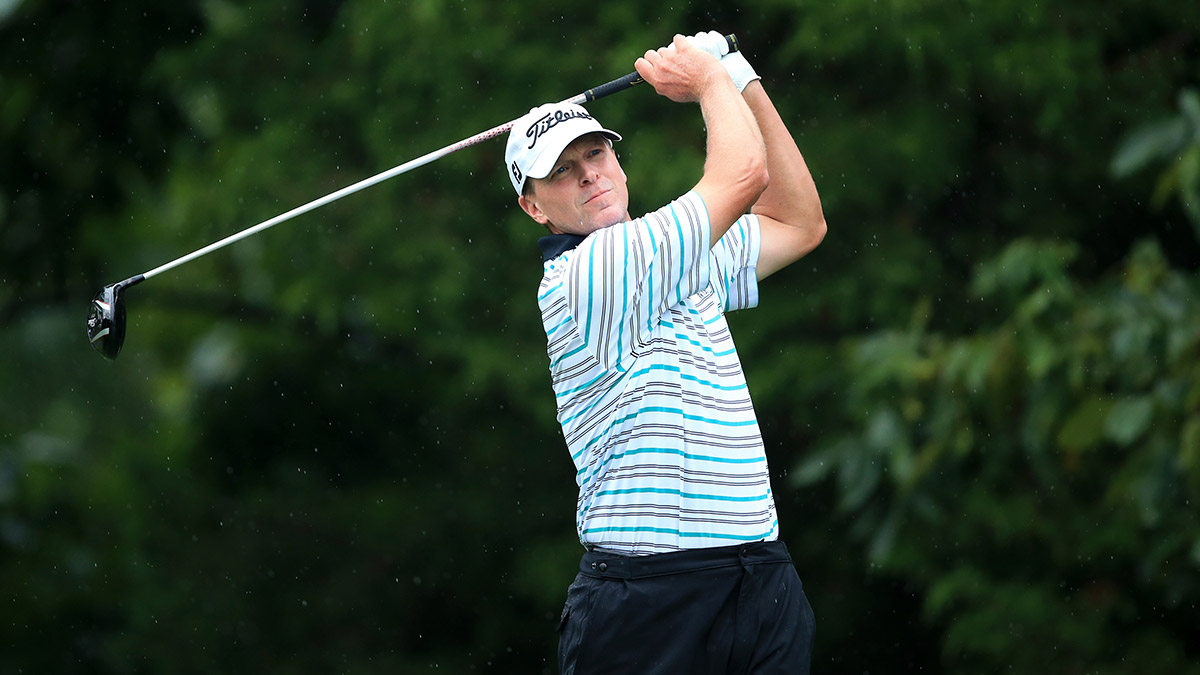 Steve Stricker: This would have been a stupefying pick, considering that Stricker’s “experience” is a 3-7-1 record and a career of questionable results under pressure, and I think Watson named him as vice-captain specifically so he wouldn’t have to pick him. He’s a smart guy, and he wanted to avoid Love’s mistakes from 2012 (an experience dump of Stricker and Furyk, plus Snedeker, whom collectively compiled a horrendous 2-8-0 record). Thankfully, Stricker also removed himself from consideration. 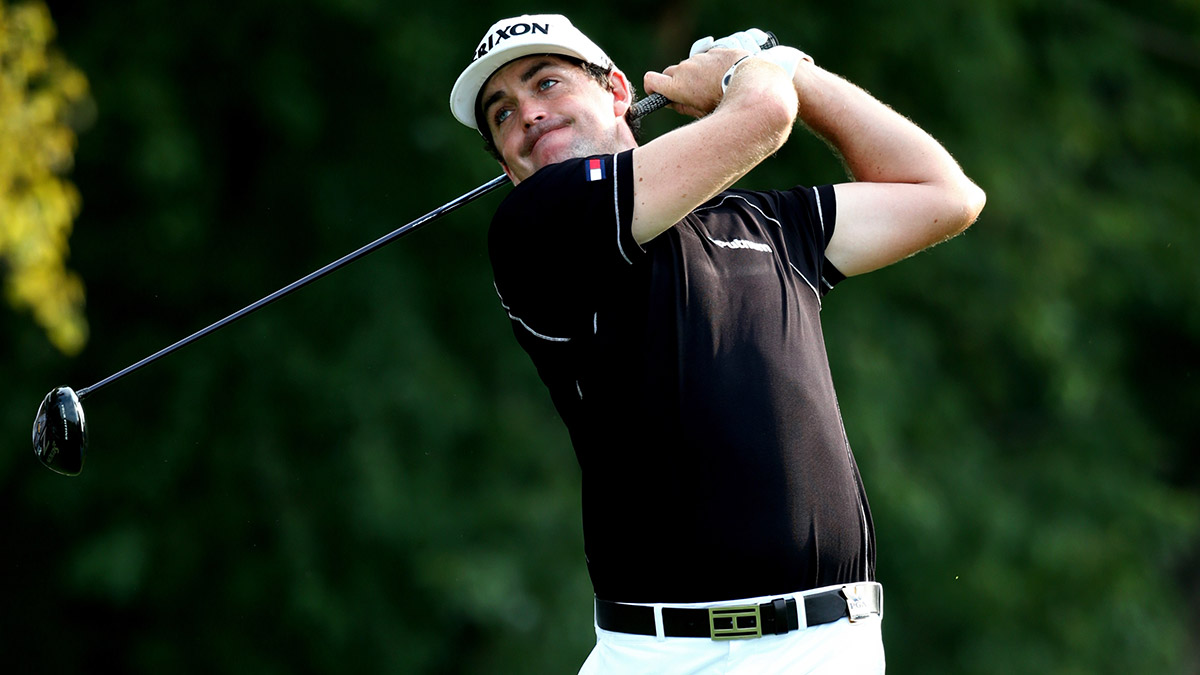 Keegan Bradley: His form has only been so-so after a tie for fourth in Akron, but we saw at the 2012 Ryder Cup at Medinah how well he and Mickelson played together. They play practice rounds together almost every week, usually with Rickie Fowler, and though some think the strong Fowler-Mickelson chemistry could leave Bradley in the cold, my guess is that Fowler is the sacrificial lamb who has to play with Reed. Bradley’s tied for seventh at the Deutsche Bank with a day left to play, which is probably all the excuse Watson needs to pick him up. 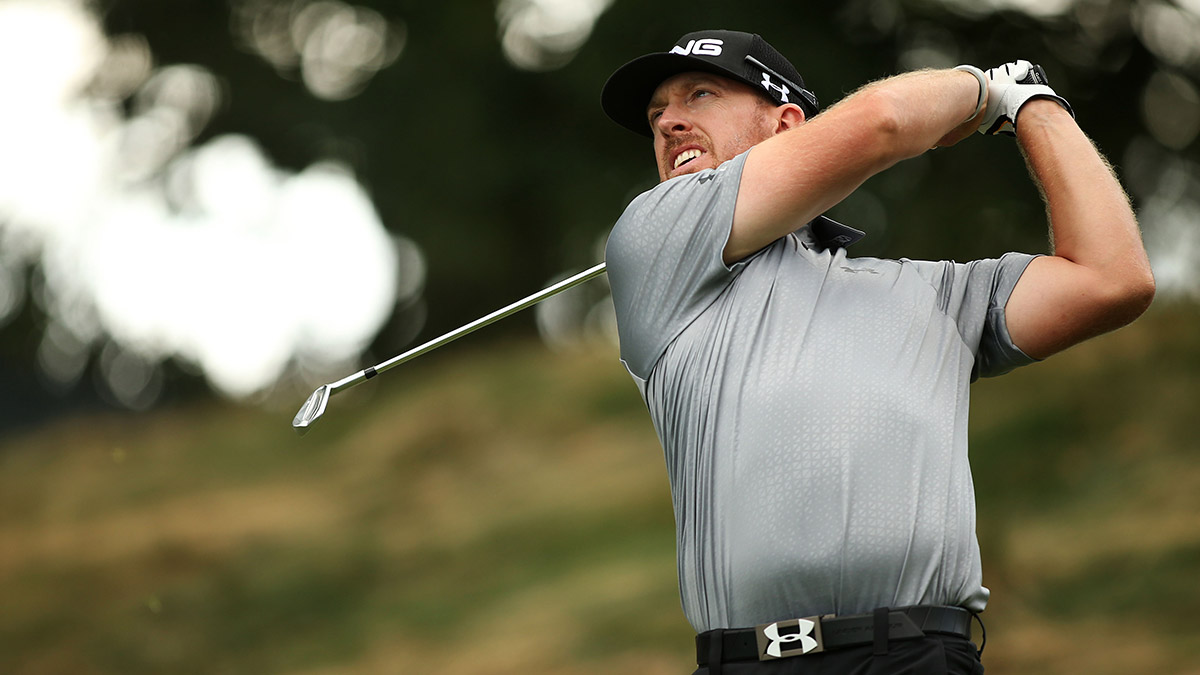 Hunter Mahan: His most famous Ryder Cup moment is a duffed chip that gave Graeme McDowell and the Europeans the narrowest possible win in 2010, leading to tears in the postmatch presser, but the truth is that Mahan is one of America’s best match play golfers, with an Accenture title to his name, an 11-match win streak in that event, and a winning record overall in both Ryder Cup and Presidents Cup play. He’s a gamer, and he gave Watson the best possible excuse to pick him by winning the Barclays a week ago.

Hopefully Not Making It 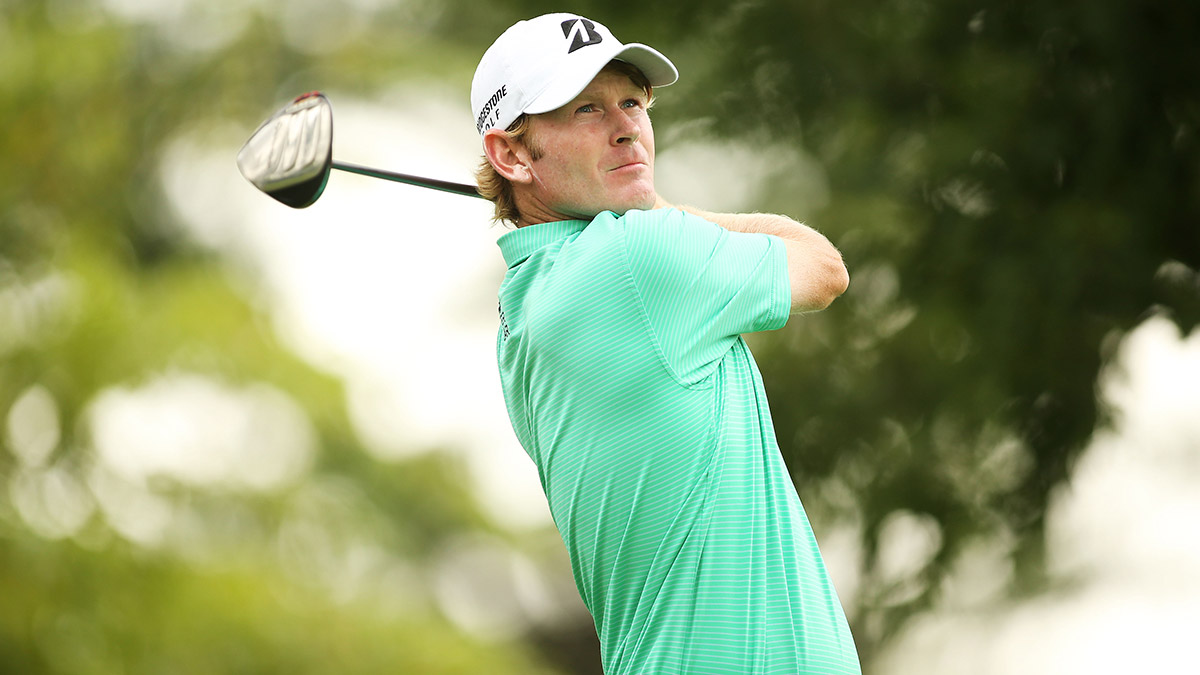 Brandt Snedeker: One of my biggest pet peeves is that the media won’t stop talking about the need for “experience” in the Ryder Cup. It’s a logical take only if you completely ignore history, which shows that the only experience Americans like Snedeker have is experience losing. Snedeker blew it in the foursomes round in 2012, just like he’s blown it every time he’s been in contention at a major, and why that “experience” should count for anything but a decisive “helllll no” is beyond me. Still, Snedeker is Watson’s buddy, and they’re both in the MasterCard stable. We’ll see if the captain was serious when he said, “There’s a factor that I look at most and that’s the gut factor; the factor that, can that man play under pressure, can that man hit the shots under pressure.” The bright spot here is that Snedeker missed the cut at the Deutsche Bank this week with a 72-76, nullifying the “good form” argument.

Has a Really, Really Good Shot 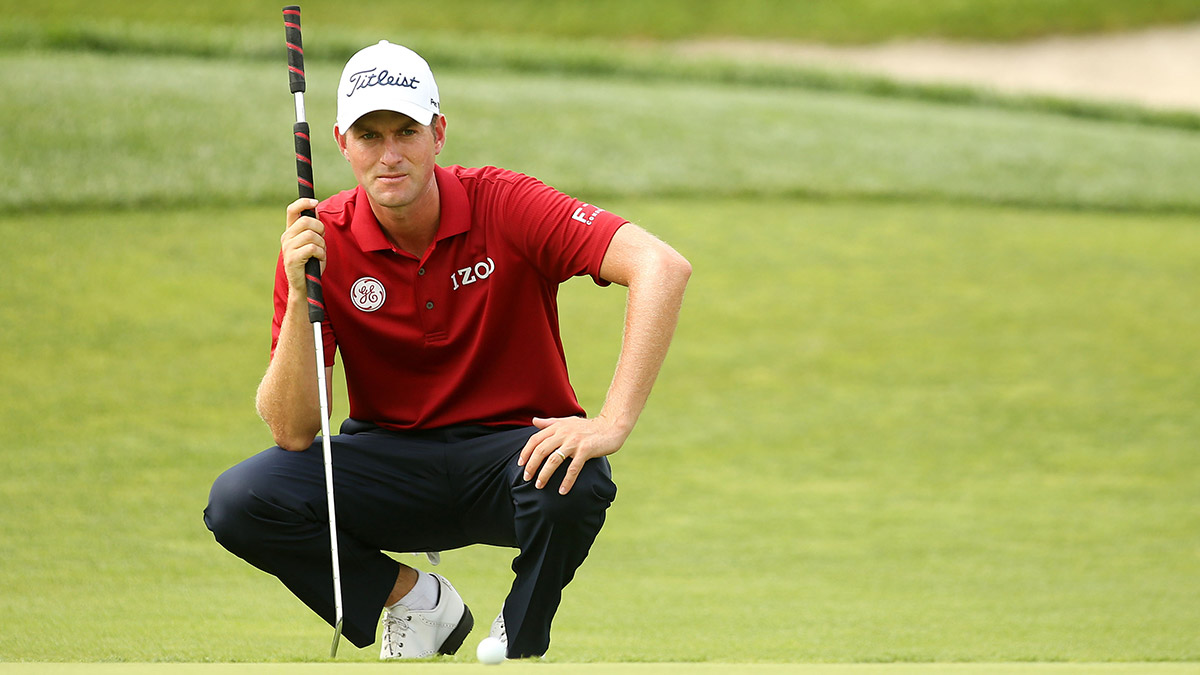 Webb Simpson: A very safe pick. He has experience, from 2012, but also a major title to his name and a better record under pressure than Snedeker. With three cuts in his last five events, though, you can’t really say his form has been great. On the other hand, he’s in contention this week, and he’s really the only bubble golfer who played well under pressure. 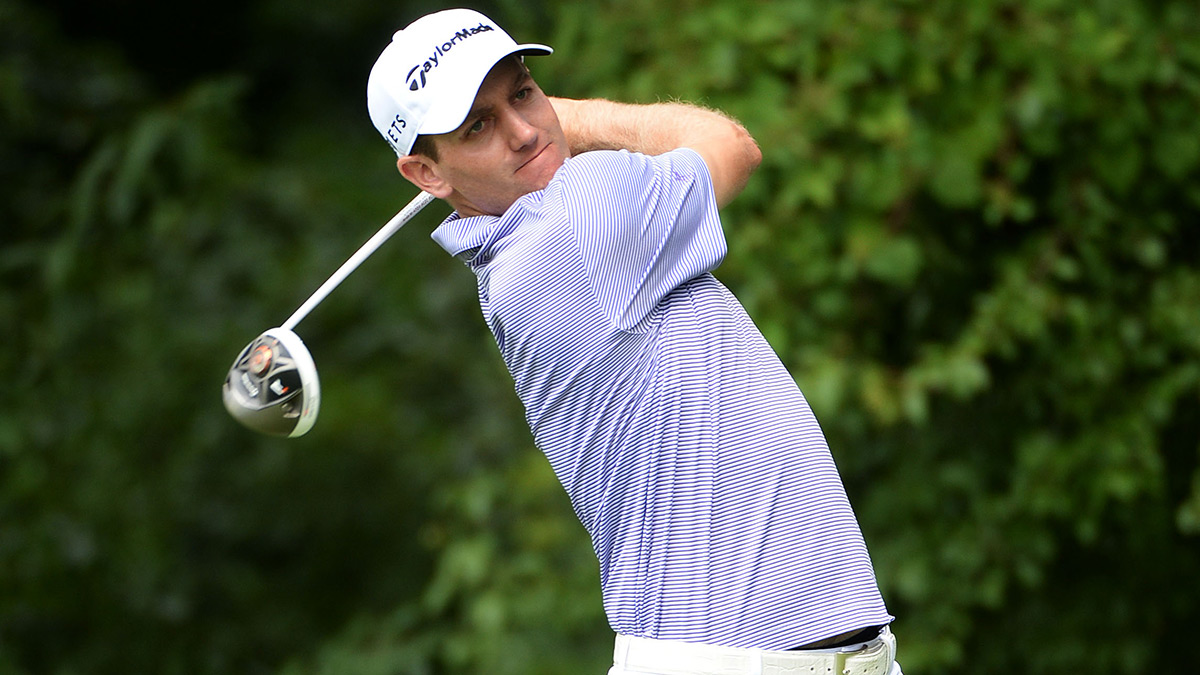 Brendon Todd: Here’s what I wrote about Todd on Friday, before the Deutsche Bank began:

He lacks “experience,” but he’s one of the 10 best putters in the game, and the rest of his short game is no less impressive (and certainly no less inventive). The bad news, as he told us last week, is that when he asked to play a practice round with Tom Watson at the Greenbrier in July, he got two holes instead. Without a big finish this week, I think he’s going to stay under the radar.

Unfortunately for Todd, his lagging form lately has cost him, and the fatal moment likely came when he missed the cut Saturday.

Harris English, Kevin Na, Ryan Moore: English and Na missed the Deutsche Bank cut, and Moore is out of contention.

Only With a Win Today

Ryan Palmer, Chris Kirk: We could have a great situation where either Kirk, Palmer, or Simpson are dueling down the back nine Monday for that last spot. The problem is, they all have to beat Rory McIlroy.

Speaking of Rory, what about …

The big difference here is that the Euros have had incredible success in the past two decades, making their pool of experienced winners very, very strong. There’s less chance we’re going to see a rookie picked by McGinley; why would he, when he’s got proven guns straight down the list?

Made It by the Skin of His Teeth 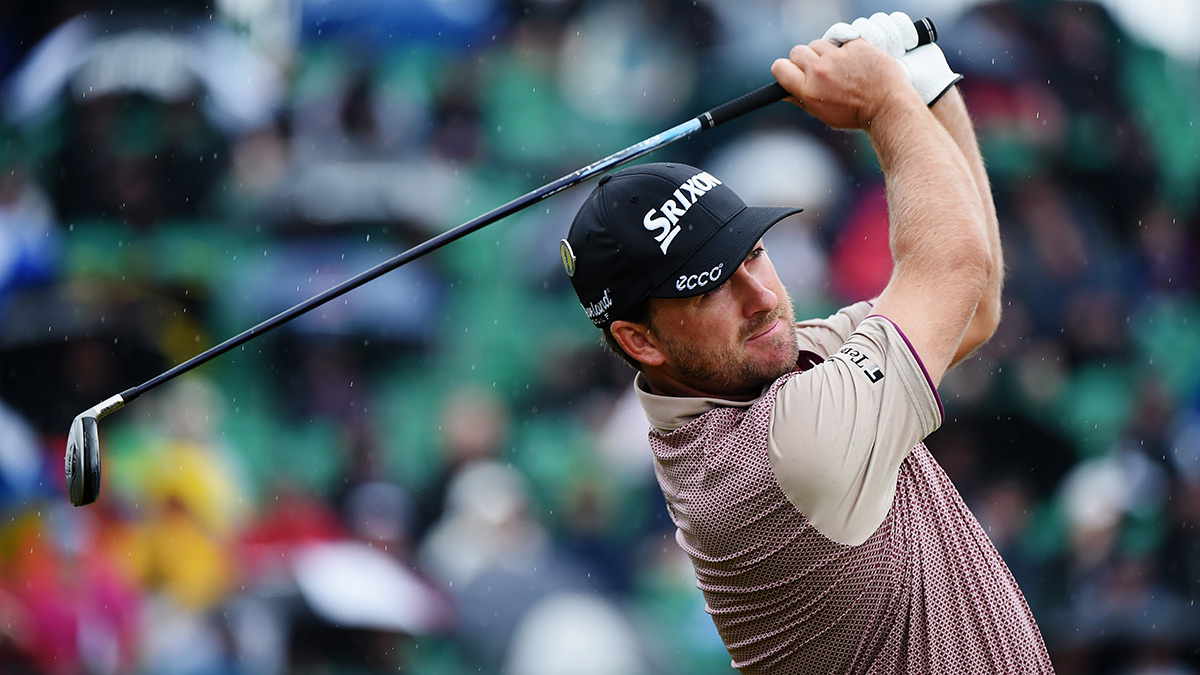 Graeme McDowell: Unlike the U.S. qualification period, which ended after the PGA Championship, the Europeans continued to count points through the end of the Italian Open on Sunday. McDowell took his chances and skipped this week, heading back to Northern Ireland for the birth of his first child. There was only one man left who could catch McDowell for the ninth spot, and that was Scotland’s Stephen Gallacher, who needed to win or finish second in Turin to nab McDowell’s spot. In a field of more than 150 golfers, Gallacher finished third. 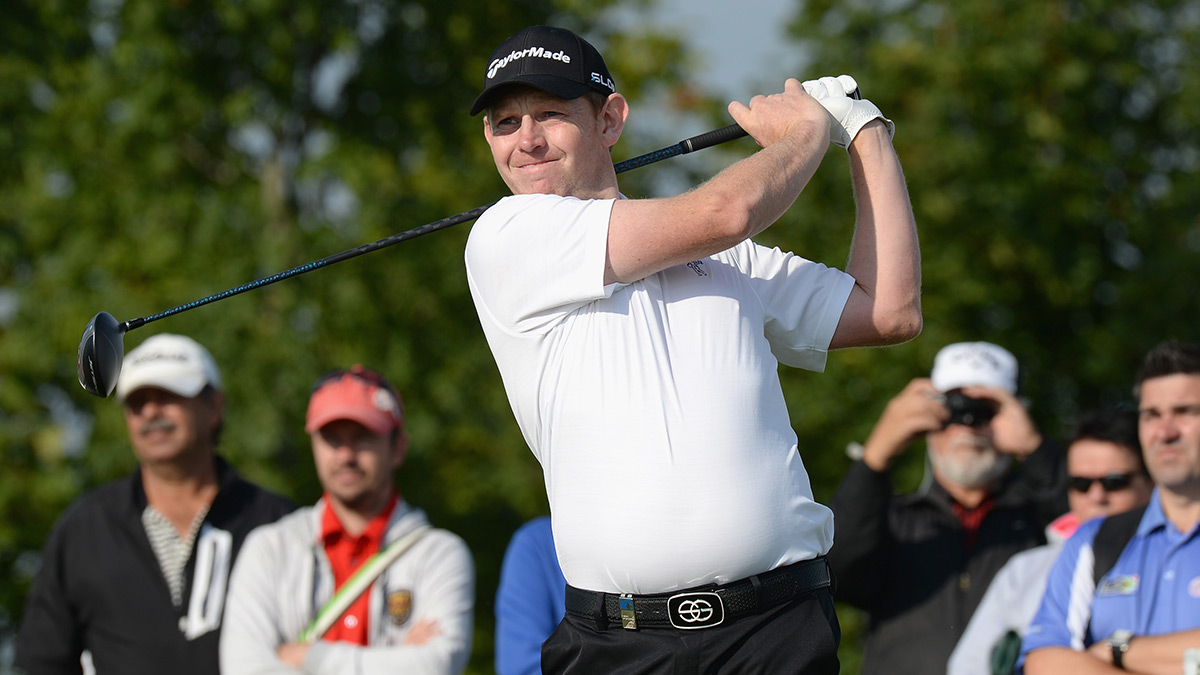 Stephen Gallacher: After coming one stroke away from making the team on his own merits, it would be incredibly cruel if Gallacher were left off the team. It doesn’t hurt that he’d be the only Scot, and a Ryder Cup in Scotland without at least one native would feel strange. He’s also won on the European Tour this season, and coming off two consecutive top 10s, his form is excellent. 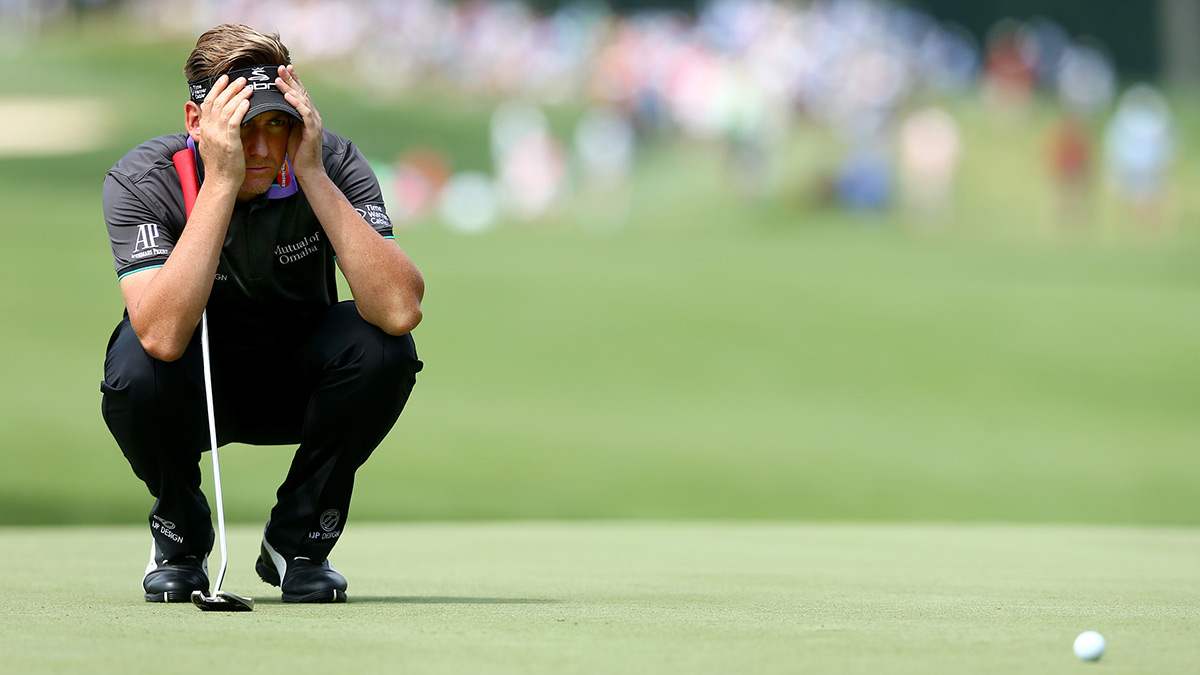 Ian Poulter: He’s Ian f’ing Poulter, the best Ryder Cup golfer of his generation and one of the best in history. He’s the hero of Medinah. As Lee Westwood joked after the 2012 win, “We have actually revised the qualification for next time. It’s nine spots, two picks, and Poults.” He’s on the team. 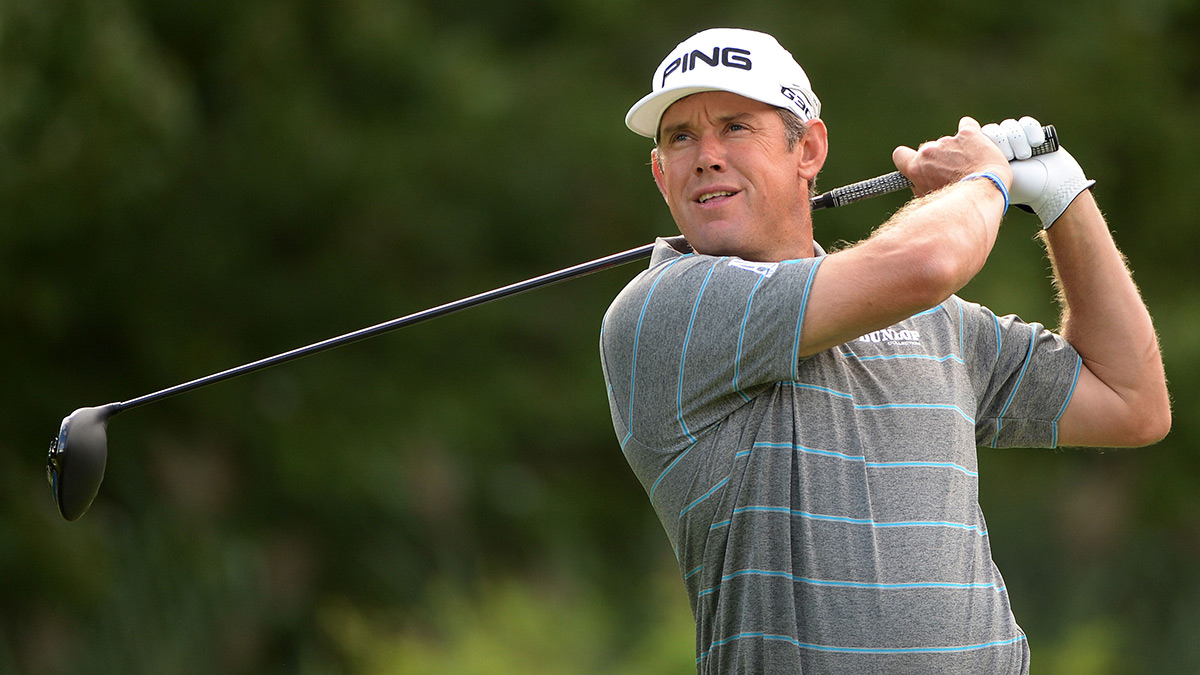 Lee Westwood: You can’t beat his credentials (18-13-6 in eight Ryder Cups), but has he played well enough this year? Unlike the Americans, McGinley has a legitimate experience debate on his hands. 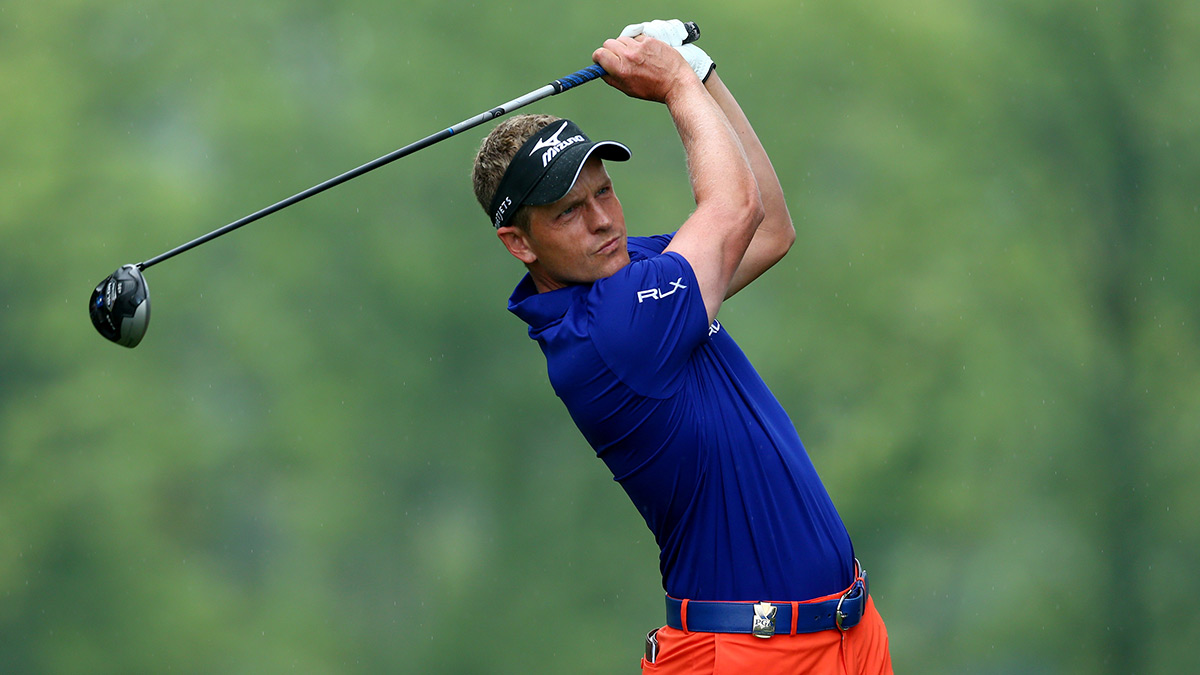 Luke Donald: One of the weird quirks this year is that the Deutsche Bank Championship, in which Donald is playing, runs from Friday to Monday because of the Labor Day holiday. It means that the Sunday cutoff point for the European automatic qualifiers falls before the tournament actually ends, and thus the Deutsche Bank won’t count. Any other week, with a normal Thursday-Sunday schedule, would give Donald (and Poulter) a chance to snipe McDowell for the ninth spot. It’s a bit unfair, but Donald hasn’t been impressive since April, and unless he has an incredible Monday, it’s essentially a toss-up between him and Westwood.

Not Making It Because Life Isn’t Fun 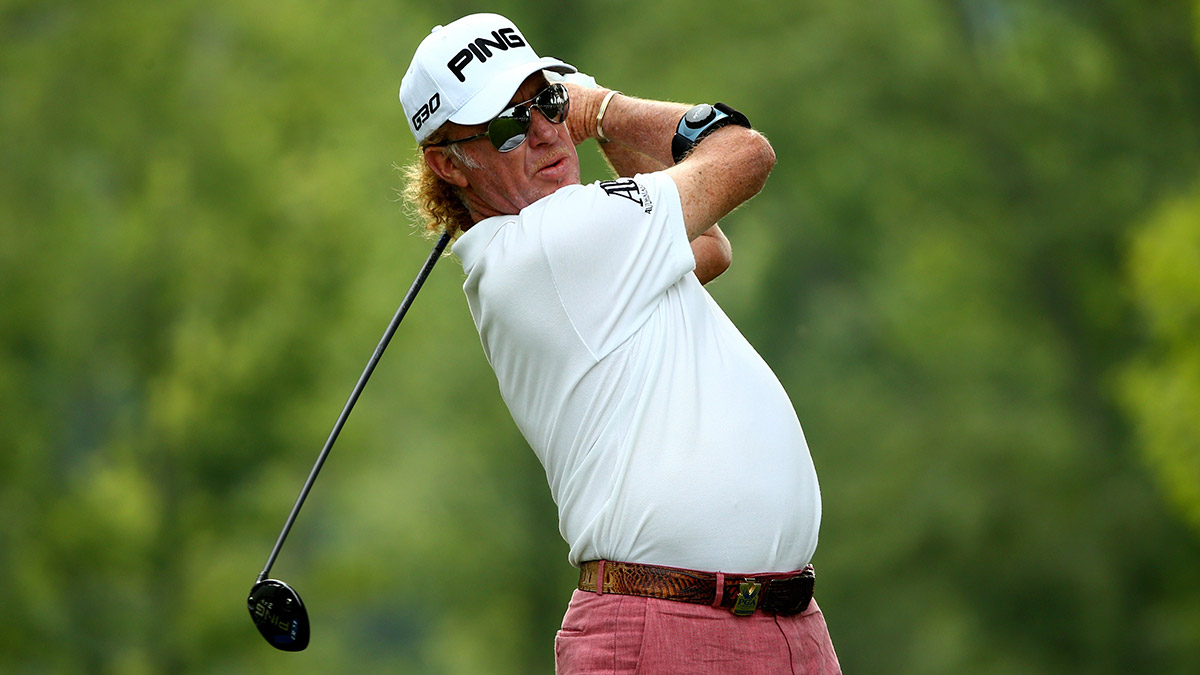 Miguel Angel Jimenez: He didn’t play anywhere this week, and hasn’t played since the PGA Championship, so I imagine the momentum of his Spanish Open win in May has ground to a halt. El Mecánico on the team is the best possible result of Tuesday’s picks.

Francesco Molinari: Italy’s last hope led after the first round of the Deutsche Bank, but faded over the weekend and is out of hope.

Not Making It Because STOP IT

Bernhard Langer: STOP IT. EVERYONE JUST STOP IT.

My guesses are Mahan, Bradley, and Simpson for the Americans, and Gallacher, Poulter, and Donald for the Euros, but there have been some great out-of-nowhere picks in the past (what’s up, Chad Campbell in 2006), and that’s what makes it so much fun.