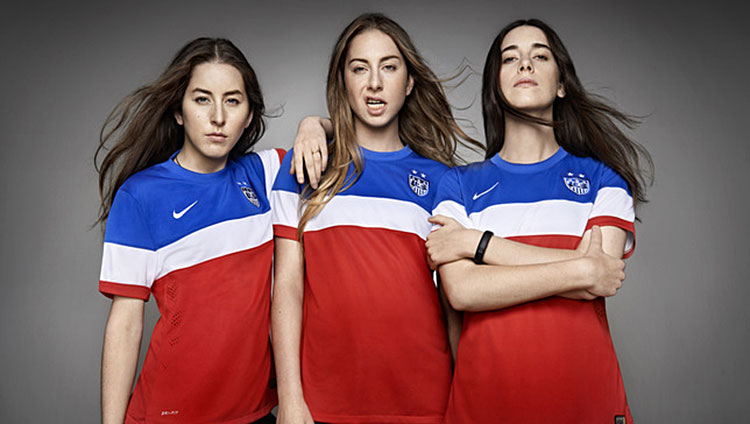 Ryan O’Hanlon: On a scale of Soviet spy to Kenny Powers, I feel like I’m crossing the Delaware with George Washington, except we’re in an amphibious vehicle painted like a bald eagle, and instead of heading into battle, we’re on our way to create a not-quite-universal health-care system. Does it make you want to memorize the Declaration of Independence?

Lincoln: It makes me want to get the Declaration of Independence tattooed on my face backwards so I can read it when I look in the mirror. It makes me feel like a little bird being mouth-fed by Ben Franklin. And, as a person of Jewish descent, I think this might be a high point in the tribe’s sporting history — up there with Benny Feilhaber’s volley in the 2007 Gold Cup and that brief time I thought Aaron Rodgers was Jewish. But it does raise a question: As someone who knows a lot about the USMNT, what the hell do you think is going on here?

O’Hanlon: Did you know that the patriarch of the Haim family played professional soccer in Israel? Also, did you know his name is name Mordechai? Mordechai! He apparently “remains an energetic drummer,” and just generally seems like someone I’d want to befriend. But as for your question: They must be soccer fans, right? Or, they must at least have some tenuous connection with the sport through Papa Mordechai. Someone knows someone, someone makes a call, and etc. It’s not like a person at Nike was just, out of nowhere, like, “You know who we should really get to model this new kit? The Haim sisters.” Even though I kind of hope that did happen, and that person was Michael Bradley. 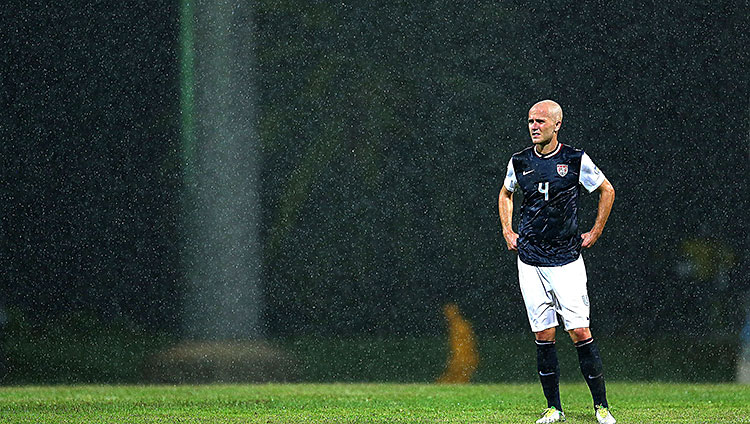 Lincoln: As much as I love the idea of Phil Knight and Jurgen Klinsmann meeting for a cup of chai and being like, “‘The Wire’ is all sorts of good,” I think you’re right. I’m just surprised Clint Dempsey’s rap career wasn’t enough music for the USMNT to ride and die on. But that being said: Whoever’s idea it was, somehow, it happened … and now one of the Haims is Kobe-sneering at me from Nike’s military-industrial-complex website. So clearly, there was a thought that, hey, maybe Haim will make people like American soccer. Or at least sell jerseys. But like — at this point, only a couple months out from the World Cup, do you think the U.S. needs a Haim-size bump in profile and support?

O’Hanlon: I don’t know, they seem like a band — young, semi-upscale, and hipster-in-comparison-to-the-rest-of-the-country — that profiles in the same broad-strokes way as the soccer fan in America does. So, getting Haim to pose in your jersey — and who knows, maybe it was the other way around, and Haim went to Nike — seems more like a way to reinforce an image, rather than bring in any sizable fan bump. If they wanted that, they should’ve put a jersey on Eric Church.

Lincoln: Correct me if I’m wrong, but it feels as though the upswing in soccer fandom here hasn’t exactly resulted in American soccer players becoming titans of sport. Like, our most famous guys are still Landon Donovan and Clint Dempsey. Jozy Altidore and Michael Bradley are kind of well known, but, put them next to Nick Young — or even Kent Bazemore, although maybe that has to do with me living in L.A. and being legally insane — and they’re probably going to get out–Q Scored. Featuring Haim, or Eric Church, or pretty much anyone who’s been on SNL, can’t possibly hurt, can it?

O’Hanlon: Yeah, for as protective of itself as the American soccer world can seem, the more popular American soccer is, the better it is for American soccer. If someone’s wearing a U.S. soccer jersey — whether it’s my mom or 2 Chainz — that’s a good thing. If that someone is actually three somewhat popular Jewish-American sister musicians, even better. And if that someone is Nick Young and Kent Bazemore stuffed into a single Fabian Johnson jersey at the same damn time, then the World Cup is meaningless and ultimate success has already been achieved.

O’Hanlon: Geoff Cameron is “If I Could Change Your Mind” because he is the best American field player in Europe, and somehow he might not be starting come the World Cup, so he should be singing this song to Klinsmann as often as possible. “Don’t Save Me” may have actually been written about Jermaine Jones, who really doesn’t need you if your love isn’t strong and will also be drinking beers with an American flag in hand, regardless. And “Running If You Call My Name” is the position anyone remotely concerned with American soccer should be taking toward Michael “Little, Middle, and Boss Haim” Bradley.

Lincoln: For the record: We were both listening to Haim during the writing of this. Check the Spotify history, haters.