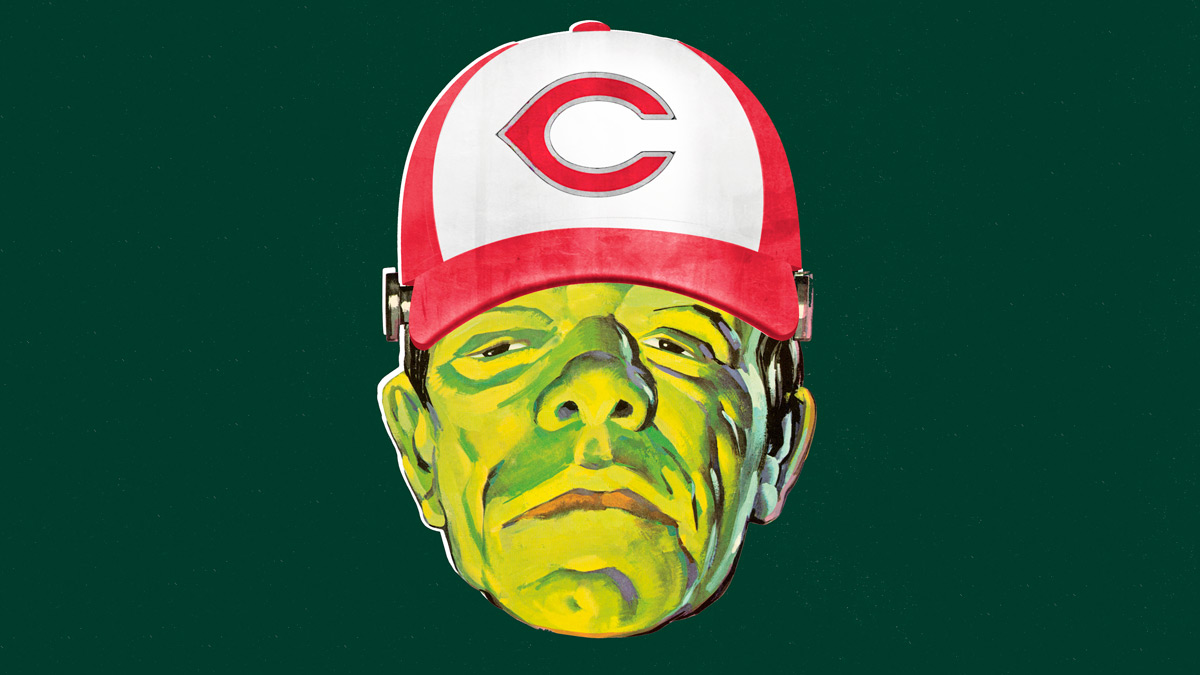 A manager’s job is incredibly difficult and calls on a variety of skills, some baseball-related, some not, and the task of finding a guy who possesses all of them is made even more difficult by two factors: First, managers aren’t like players, who have produced years of data, both quantitative and qualitative, by the time they reach the majors. Often, a team doesn’t know if a manager is any good until well after it’s hired him, and sometimes not even then. Second, there’s the unwritten but universal qualifier that a manager must have played some level of professional baseball, even though having once been good at baseball has absolutely nothing to do in and of itself with a manager’s actual job.

The magical person who does everything well is hard to find in any sport, which is why teams put up with Bill Belichick’s Harvester of Souls aesthetic and José Mourinho’s incessant, comprehensive bullshit. It might be easier to build the perfect manager out of parts of other managers than to find a perfect skipper ready for hire.

And that, Officer, is why my hunchbacked assistant and I are standing by Earl Weaver’s grave with shovels, a gurney, and a lightning rod.

This is probably the most important part of a manager’s job, because a manager is, first and foremost, a low-level administrator. He has to motivate whichever 25 players are on the roster at any given moment, which is tough, because the same tactic doesn’t necessarily work for every player. For that matter, the same motivational shticks don’t always work for a given player from one day to the next. Think about the kind of middle manager you’d like to work for in your office drone job. Joe Maddon is viewed as a master motivator, but his rah-rah style would probably drive me a little nuts. Plus, he brought fucking snakes into the clubhouse. I’d probably rather play for someone like Charlie Manuel, who had a reputation for being the kind of manager who cared more about his players doing their jobs than how they got there. But that’s not true for everyone, and a manager can fail most easily in this respect either by misreading his audience or by being inflexible. Because if the team tunes out the coach, it’s a lot easier to find another Matt Williams than another Bryce Harper. Just to give an example.

Whether it’s batting a high-OBP guy at the top of the lineup or hitting the pitcher ninth, the impact of lineup construction is largely overrated. The difference between an optimal lineup and a realistically bad lineup is only a couple of wins a year, but it’s an easy fix, so why not pick up the extra couple of wins if they’re right in front of you?

The same goes for platooning. It’s baffling how easy it is to fix a hole in a lineup — particularly at first base — with a platoon these days. Some guys just can’t hit same-handed pitching, and such players are routinely tossed onto the scrap heap. So a team could spend more than $200 million over 10 years on Joey Votto or Miguel Cabrera, or, since there are only a few hitters of that caliber around, it could spend about $10 million per year on two guys — say, James Loney and Ike Davis — who could come together to be 80 percent of Votto and strengthen its bench in the process. Again, effective platooning is an easy way to pick up a win here or there. Bob Melvin does it, because Oakland’s front office has given him a roster featuring 13 position players he can use in more or less any combination. Apparently, the early returns on Paul Molitor are good here as well, and after a decade of Ron Gardenhire, that has to give Twins fans the kind of relief you usually only get from taking a huge poop.

This starts with a manager not shredding his young starters’ arms by overworking them (waggles finger at Billy Martin and Dusty Baker), but extends to bullpen usage as well. Buck Showalter has become immensely popular with his relief pitchers — who form one of the most stable and effective bullpens in the league — because they know that, in general, if Buck tells a pitcher to warm up, he intends to use that pitcher in the game. That eliminates a lot of the physical fatigue that occurs when a pitcher is asked to warm up repeatedly, and it also eases the mental burden.

And, you’re not going to believe this, but one of the big sticking points Phillies fans have with Ryne Sandberg is how he uses one of his middle relievers, a 28-year-old lefty named Jake Diekman. Diekman’s got a mid-90s fastball and a little bit of a Randy Johnson delivery, which means left-handers are as likely to soil themselves as get a hit off him, while righties tee him up with no particular difficulty. But since the start of the 2014 season, Diekman has faced 234 right-handed batters and only 107 lefties. That’s probably not a huge deal in the macro sense, but when Sandberg can’t fix the big problems, it’s annoying to see him botch the little things he can control.

This is partially about recognizing the few scenarios in which a matchup makes a difference, like Ned Yost telling the Royals to run all over Jon Lester and Derek Norris in last year’s wild-card game. But mostly, it’s about having the confidence not to manage. My theory is that managers want to justify themselves through action, but most set plays in baseball — bunts, the hit-and-run, many stolen base attempts — are bad percentage plays. It’s got to be frustrating for a manager to sit on his hands, but skippers get paid millions of dollars to run a team, so they should be able to restrain themselves from kibitzing their way out of a big inning. Or, as Weaver showed, to get their screen time in other ways.

Playing Well With the Front Office

One of the recurring themes of the great baseball movies, from Moneyball to Major League to Little Big League, is the conflict between the manager and the GM. A manager who doesn’t deploy a team the way it was built to be used is like a waiter who takes his corkscrew and uses it to smash a wine bottle open at the neck — he’ll get to the wine eventually, but it’ll be messy, and everyone will think he’s stupid. And feuding with the front office is self-defeating: A Formula One driver consults with the engineers who built the car so that he knows how to drive it and the mechanics know how to set it up. Teamwork makes everyone better — just look at how Clint Hurdle’s fortunes have changed since he started listening to the Pirates’ front office on defensive alignments.

That’s why we’re increasingly seeing managers who either have front-office experience — Houston’s A.J. Hinch is one of very few people in the game who’s qualified to be either a field manager or a GM, and Bobby Cox, himself a former GM, had great success working in concert with Atlanta’s front office — or are young and inexperienced, and thus easy to control.

Playing Well With the Media

The manager is the public face of the team, and he spends more time talking to more reporters than any other person in uniform. He doesn’t have to be the White House press secretary, but as Price is about to find out, his life is easier the fewer people he unnecessarily pisses off. Ron Washington was about as bad a tactical manager as you’ll ever see, but he lasted forever in Texas because everyone loved him, from his players to his GM — who had to Washproof the Rangers’ bullpen so he’d stop losing games in the late innings — to the media.

This is, frankly, the most important thing a manager does, and it’s why I’ve still got so much confidence in Price, who was able to use the word “fuck” and its derivatives 77 times in five and a half minutes. That’s a phenomenal density of profanity, and a necessary one, because the tirades are what we remember about almost all managers. Think about some of the most successful and influential managers in history, and the images we associate them with: John McGraw screaming at people; Cox setting the ejection record; Lou Piniella turning colors and kicking his hat from New York to Seattle to Tampa Bay.

In case this wasn’t clear before, I’m an Earl Weaver disciple. He was a tremendous tactician and motivator, and if I had to choose any combination of players from any era to play one game for the survival of the human race, choosing Weaver to manage that team would be the easiest decision I’d make. And I’m not going to introduce my hypothetical future children to Earl Weaver by handing them my copy of Weaver on Strategy. I’m going to show them this.

(I’ve watched that video probably 400 times, and Bill Haller asking Weaver if he’s going to the Hall of Fame “for fucking up World Series” still makes me laugh every time. Haller should go to Cooperstown for that comeback alone.)

But seriously, take Billy Martin. No responsible adult with even a tenuous handle on reality would’ve hired Martin to be in charge of anything, which explains why George Steinbrenner, Calvin Griffith, and Charlie O. Finley combined to hire Martin seven different times. Martin was bad at everything on this list: He feuded with ownership and the media, alienated his star players, and overworked young pitchers mercilessly. He got into a fight with one of his pitchers, Ed Whitson, that left both men with broken bones. And this wasn’t in some sepia-toned distant past before integration and television, when everyone fought everyone and almost every ballplayer had an alliterative, slightly racist nickname — this was in 1985. Martin’s paranoia and alcoholism were so crippling that you can’t really mock them: He had serious personal demons and mental health issues that contributed to a premature death.

And Billy Martin is revered as a manager. The Yankees retired his number. Ken Burns devoted more time in Baseball to Martin than to any of his contemporaries, except maybe Weaver. Dick Williams, Davey Johnson, and Whitey Herzog got a passing mention at best — Martin got an entire segment.

Why is he so revered? Because he was good at swearing at umpires.

So if I were a general manager, I’d look for a motivator like Joe Maddon, a tactician like Earl Weaver, and someone who can run a pitching staff like Buck Showalter. I’d try to find someone with Ron Washington’s affability and A.J. Hinch’s ability to work with the GM. If such a man exists, I’d try to find him or invent him, and pick up the difference between a division title and .500 in the process.

But as a fan, who’s concerned only with the cosmetic, all you can really hope for is a guy who curses creatively at umpires. After all, we’re in this to have fun, aren’t we?

Taking Baseball’s Pulse: Checking Up on the Trends Transforming the Game