England’s Dreaming: How These Three Lions Recall the Spirit of Italia ’90 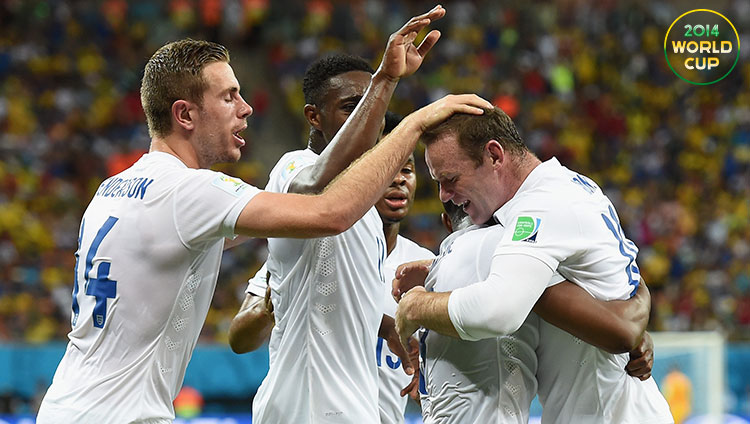 During a break in the England-Italy match last weekend, there was a TV ad narrated by Gary Oldman. I was struck by how much he reminded me of the modern English footballer (not the first-time-on-a-world-stage ones — the ones they grow up to be).

The 1966 World Cup was English football’s greatest moment, but the 1990 World Cup sparked one of the more stirring debates about national essentialism to take place in England that decade. It wasn’t the first such debate — that dubious honor may belong to the poll tax riots a few months before the World Cup — but it was certainly a fleeting moment when thereafter anything seemed possible for English football.

It wasn’t just that England had broken out of their 4-4-2 rigidity to employ an improbably exotic (for England, at least) sweeper system. It was that, for periods against the Netherlands, and then West Germany in the semifinal, England played with stirring flair in attack, along with the obdurate, hardworking defense that was a big part of the team’s (and indeed the country’s) historical mythology.

That World Cup was perfectly captured in Pete Davies’s book All Played Out, a document that captured that final pre–Premier League moment of English football. It was a period when England’s club teams were still trapped in the isolation of the European ban that followed the Heysel Stadium riots, yet there was something stirring among the players on the national side.

Popular memory puts that spirit down to Paul Gascoigne (a.k.a. Puck, John Falstaff, etc.), but while Gazza was an instinctive genius, other players on that squad — Gary Lineker, Chris Waddle, Peter Beardsley — were questioning the system, lobbying coach Bobby Robson to implement the changes he would introduce during that World Cup. These changes led to England’s best performances in the tournament. Lest there be too much revisionism, though, when it was good in that tournament, it stood out in relief to some very uncertain stretches in other games.

Seen in that light, Davies captured English football on the precipice of modernity and, unwittingly, a transformative globalization of the game — how it was played, owned, and consumed. These changes altered the sporting landscape of their country more than most.

Yet as the game changed around them, the England national team regressed to type. The ’96 Euros contained a brief reprise of 1990 optimism, but in many ways the 1998 World Cup was more representative of what was to come — both in its introduction and then thwarting of talented youth.

Michael Owen skipped into folklore and then into hamstring troubles. David Beckham minted the tabloid headline “10 Heroic Lions, One Stupid Boy” as he went from free-kick hero against Colombia to effigy on a lamppost after Argentina. The “Golden Generation” that Beckham and Owen were part of never got beyond a quarterfinal, and never again played with the same freedom and flair that Italia ’90 suggested.

Its footballers did get richer, though. And the league they played in became one of the test beds of new systems and ideas in world football (even if speed and athleticism remained the prevailing theme). But under pressure in major tournaments, there always seemed to be a consistent reversion to the Churchillian type — more blood-soaked Terry Butcher than Glenn Hoddle (the player) or Gascoigne at his best.

So watching England play Italy on Saturday provoked mixed feelings. It was great to see the likes of Raheem Sterling, Ross Barkley, Adam Lallana, and Jack Wilshere taking part in a flexible English system. In the first 20 minutes, the movement of England’s front four was revelatory. And it was even more heartening that Roy Hodgson used the latter three as substitutes, rather than reading Rickie Lambert the battle speech from Henry V and “putting the big man up top,” as has been the fallback plan for English teams since time immemorial.

You had to wonder what will become of these young players as English internationals. On Saturday, in Manaus, they battled hard but not always smart before Italy picked them off with simple passing. There’s something up in the air about what this group wants to be; it has the potential to be truly exciting or truly depressing.

This is not a generation that is particularly feted, en masse, as players (as the Frank Lampard–Wayne Rooney–Ashley Cole generation that began to appear in 1998 was), and it came into this tournament (Rooney aside) unburdened by a weight of expectation for once. Like the 1990 team, it has the potential to contribute to a changing idea of what English football can be — how its representatives think about the game as they play it — and given the decisions so far, its coach seems at least open to that.

Which brings me back to Oldman. He actually narrated the film version of the Davies book, titled One Night in Turin. It’s a fun doc, though broad strokes in comparison to the original with its portrayal of “England.” Some of that is down to the format, some of it down to the curiosity of Oldman going back to his roots, which are largely mythical to begin with.

Oldman is part of an ongoing tradition of British expat actors in Hollywood who navigate their lives with a kind of strategic statelessness for maximum professional flexibility. He makes occasional appeals to that kind of national essentialism we’ve been talking about (in the form of the odd Mockney role) to give some sense of him being in touch with his roots. He’s like watching John Terry in Europe.

Since the Cup is in Brazil, then, there’s a Portuguese word, saudade, that has no exact translation in English, but which references a kind of longing for an absent other. I once heard it beautifully described as “nostalgia for a future that never happened.” I sometimes think of it when trying to retrieve what it felt like watching England’s 1990 World Cup, in the knowledge of what followed. And it’s somewhere in the odd melancholy of watching the successful Oldman work out his own relationship to the idea of “home” in the U.S.

I feel it again looking down the list of available English players to face Uruguay, and wondering which version of an English side will be remembered in a couple of decades. It’ll be depressing if we’re remembering another bunch of tamed heroic lions. But it’s not too late, and entirely possible, for this generation to help redefine England’s role on the world stage. And this World Cup is already favoring the bold.