Did We Just See the End of Borussia Dortmund’s Hipster Football Dream? 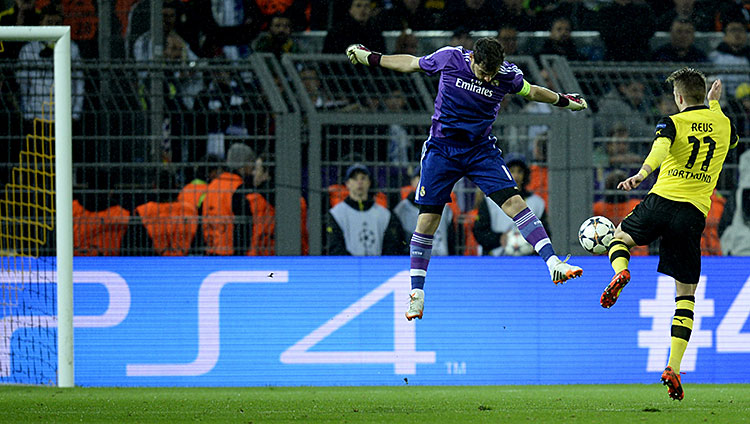 If you ask Jurgen Klopp a stupid question, he’ll give you a stupid answer, shake Oliver Kahn’s hand, and then leave your studio before the interview’s over. If you ask him an impossible one, he’ll come tragically close to answering it.

If Dortmund’s 3-0 loss in Madrid last week was a chicken getting its head cut off, the 2-0 win yesterday was a headless chicken rampaging through the countryside with a blowtorch, burning up crops and razing silos, but destined to eventually run out of energy. While Marco Reus showed the world what it might be like to one day be embraced by an angel, Henrikh Mkhitaryan reminded us all that Armenian literature loves tragedy, too.

With Klopp possibly on his way out and Reus’s release clause set to kick in next year, might this be the death of “hipster football,” as Chris Ryan wrote about back in November?  Will there never be another “alt” team with realistic dreams of winning the Champions League? Well, Atletico Madrid still has to play today, and any team in vertical stripes passes the tortoiseshell eye test. And this year’s Dortmund team, despite the loss and the systematic decimation of the Bundesliga by Bayern, is actually still really good — just a little unlucky. So don’t sign any death certificates yet.

Except, in a wider sense, there is something increasingly inescapable about being a team that’s not Real Madrid, Barcelona, Bayern Munich, Manchester City, Chelsea, or PSG: You will lose — and yes, you are going to die. You might win this game. You might win multiple games. And you might even win a trophy. (I won’t make that joke, Arsenal fans.) But eventually, your best players, your best coaches, and your best ideas will follow the money. This might be cynical or it might be oversimplified economics.

There’s a script to it that’s developing, though: A club with some not-quite-astronomical amount of money and maybe some history stumbles onto a lunatic-brilliant manager, signs the right undervalued players, and develops young talent. The club tastes success, the manager loses some of his best players, the team buys even better replacements, the team continues to punch above its statistical and financial weight, but then those new best players leave, the coach eventually and understandably gets fed up — and then he leaves, too. It’s happening at Dortmund, it’s going to happen in some capacity to Atletico, and get far enough ahead of yourself and you can already picture it happening at Juventus (the stripes!) and Liverpool.

Calling Liverpool or Juventus, with seven European titles between them, “hipster” symbols might seem like wearing sneakers with sweatpants and thinking you’re on some avant-garde shit, but normcore exists for a reason, after all. One year it’s yellow and black lines, then it’s red and white. The specific fashions change by the season, but the ideas stay the same: The way to succeed, for most teams today, is to fend off the inevitable for as long as they can. Because eventually, Klopp and Reus won’t be able to help. They’ll be on the other team.

The Toronto Maple Leafs, this year's test case for old-school hockey vs. advanced stats, have been eliminated from playoff contention. You should read Sean McIndoe's piece explaining the debate.