Damn, It’s Good to Be the Tigers: In the AL Central, One Trade Is Enough 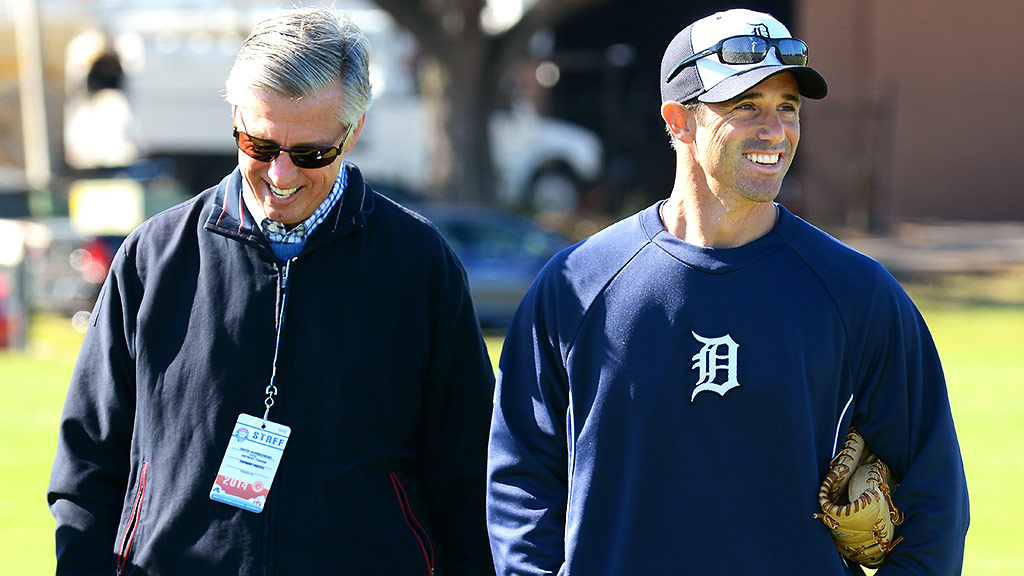 On Wednesday, the Tigers played their appointed part in baseball’s pre-trade deadline dance, acquiring a closer to reinforce a relief corps that entered the day with the fifth-worst ERA and sixth-worst FIP among big league bullpens. After scoping out an array of high-profile, late-inning relievers — including the highly paid Jonathan Papelbon, whose batted-ball luck has masked diminished stuff; former Tiger Joaquin Benoit, who as usual has the stats of a nasty ninth-inning guy but, strangely, not the saves; and the Rangers’ Joakim Soria — GM Dave Dombrowski settled on Soria, the youngest, lowest-earning, and likely most effective option, who not only addresses Detroit’s present bullpen problems, but also comes with an affordable option for 2015. It was a sensible, almost inevitable move.

The Tigers had hoped that 39-year-old Joe Nathan, who’s ostensibly still manager Brad Ausmus’s designated save-getter, would bring an end to the Sturm und Drang that has accompanied save situations in Detroit ever since Dombrowski pulled the franchise out of its early-aughts abyss. Instead, Nathan has taken a place in the team’s Todd Jones–Fernando Rodney–Jose Valverde scary-closer conga line. The bullpen news hasn’t been all bad: Joba Chamberlain has frustrated Yankees fans by becoming a reliable setup man immediately after peeling off his pinstripes, and Al Alburquerque seems to have tamed his crippling control issues. Beyond that, though, the Tigers have relied on an up-and-down cast of generic righties and a trio of inconsistent southpaws (Phil Coke, Ian Krol, and Blaine Hardy). Bruce Rondon tore his UCL in March, and low-risk pickup Joel Hanrahan — the sort of speculative play that worked so well for the Rangers when they signed a still-rehabbing Soria in the wake of his 2012 Tommy John surgery — hasn’t panned out.

Bullpen production is an unstable element even after a full season; as bad as Detroit’s has been thus far, the whole pen combined has hardly pitched as many innings as Justin Verlander alone used to amass in a single year. That’s a fairly small sample, but considering the closer drama in the Tigers’ recent past, it’s not surprising that they acted decisively with Soria rather than twiddle their thumbs or settle for a lesser reliever like Chad Qualls or Brad Ziegler. Dombrowski rarely sits still at the deadline and waits for things to work themselves out. In July 2011, he stole Doug Fister from Seattle. In 2012, he lifted Anibal Sanchez and Omar Infante from Miami. Last year, he added Jose Veras and Jose Iglesias. If the Tigers don’t acquire anyone else before next Thursday’s deadline, it will only be because Dombrowski decided that they didn’t need to. And if he’s content with the team he’s assembled, it won’t be because he’s overconfident or complacent.

In large part, Detroit’s relatively low-stress season stems from the work Dombrowski has done over the years to construct a deep roster from scratch and his incredible track record of successful decision-making. Several of the 2014 Tigers’ most productive players (Miguel Cabrera, Max Scherzer, Austin Jackson, Ian Kinsler, Sanchez) originally came to the team via adept Dombrowski trades. Others (Alex Avila, Rick Porcello, Drew Smyly) were Detroit draftees, and a few more were successful free-agent signings (Victor Martinez, Torii Hunter, Rajai Davis). And then there’s J.D. Martinez, a minor league free agent whose transformation into one of the best hitters in baseball is either a testament to the Tigers’ scouting prowess or a divine visitation. Every team makes deals and signs players, but no team has done those things as consistently well in recent years as Dombrowski’s Tigers. The combination of Dombrowski’s smarts and owner Mike Ilitch’s money has led to lasting success. 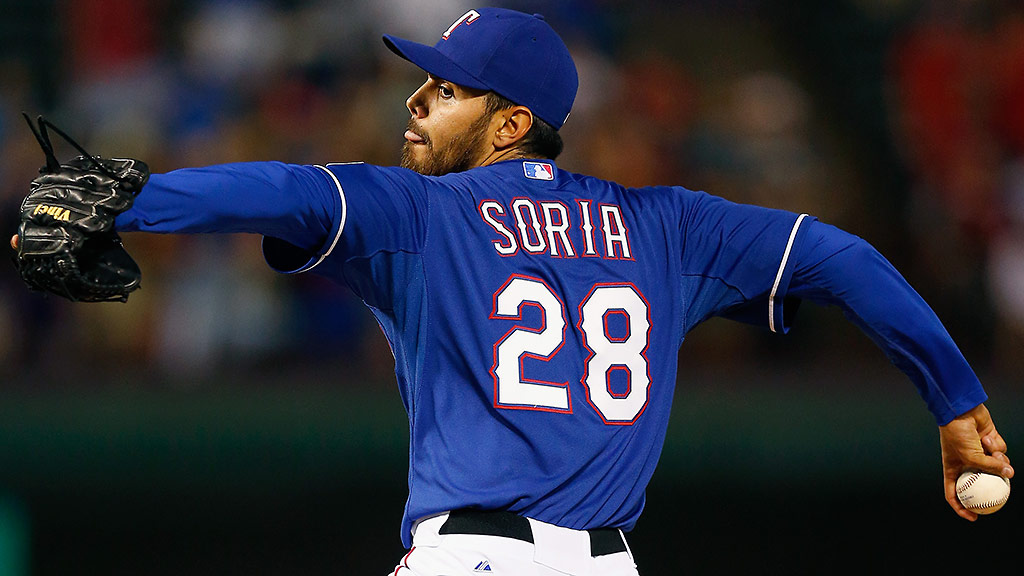 However, there’s another reason why Detroit has less incentive than other AL contenders to make an additional move: a lack of competition within the division. While the Tigers still have incentive to make moves geared toward improving their odds in October, the best thing a team can do to better its chances in the small-sample theater of the playoffs is to make sure it gets a good seat. Because the Tigers aren’t being pushed by a division rival, their ticket past the high-stakes wild-card round is already almost assured.

Contrast the Tigers’ route to October with those of the other top AL contenders. The A’s have been baseball’s best ballclub, posting a run differential that has historically signaled a 50-50 chance at a pennant. Despite those results, though, they felt enough pressure to make a franchise-future altering transaction, trading top prospect Addison Russell to the Cubs for Jeff Samardzija and Jason Hammel. And even after making what might turn out to be the most momentous move of the month, the A’s are still in hot pursuit of a second baseman. Over the weekend, the Angels made a move much like the Tigers’ trade for Soria, surrendering a few of the best baubles from their thin farm system in exchange for Huston Street. Yet, .600 winning percentage and shiny new bullpen be damned, they’re still more than twice as likely to win a wild-card spot and be forced to confront an inferior team in a one-game playoff than they are to take their division.

Close races pepper the standings page. In the AL East and NL Central, the top three teams are clustered within three games of the leader. No more than three games separate the first- and second-place teams in any division besides the AL Central, where the Tigers’ lead stands at a luxurious 6.5, giving them better than 90 percent odds of appearing in the ALDS, according to FanGraphs’ playoff odds. Consequently, even though whichever team wins the West will likely be better than Detroit and have home-field advantage throughout its playoff run, the Tigers have the best chance to win the World Series of any American League team, checking in at 15.9 percent to Oakland’s 14.4.

Easy draws are nothing new for Detroit. In 2011, the Tigers won the Central in a walk. In 2012 and 2013, the White Sox and Indians, respectively, gave Detroit a run for its money, but there was never any doubt that the Tigers were the superior team. The Tigers are good, but they’ve also gotten a big boost from circumstances outside their control, like the guy at your high school who got all the girls because he was funny and charming and also happened to hit puberty first.

The Tigers aren’t without other vulnerabilities and areas in which they could upgrade. Avila is the only left-handed hitter in their lineup, rookie Nick Castellanos has struggled on both sides of the ball, and shortstop Eugenio Suarez, who’s been a big improvement over the Alex Gonzalez–Danny Worth–Andrew Romine mess that preceded him, probably won’t continue to be an asset on offense. Even after adding Soria, another bullpen arm would be nice. However, another incremental improvement would do little to increase Detroit’s already robust odds of locking up the division, so to justify dipping into the Tigers’ already meager prospect reserves, the marginal upgrade in October would have to be significant.

At some point, of course, the AL Central’s competitive landscape will shift to the point where the regular season stops being a rubber stamp that reads “Detroit,” though the end isn’t necessarily imminent. A few years ago, the Royals’ awe-inspiring farm system made them look like the most likely candidate to topple the Tigers. Now, however, most of the prospects over whom we were salivating have either busted or made it to the big leagues, and even after supplementing its homegrown core with veterans from outside the organization, Kansas City has #Yosted its way to a .500 record. The White Sox have one of the best batter-pitcher combos in baseball, but they’re not close to surrounding Chris Sale and Jose Abreu with a strong supporting cast. The Indians are young and talented enough to envision them becoming a second Central superpower, and the Twins are playing the Royals’ former role, treading water at the major league level while gestating one of baseball’s best collections of minor league talent.

It’s possible that Detroit’s eventual downfall will have less to do with barbarians at the gates than with weakness from within. Verlander’s replacement-level pitching hasn’t derailed the roster, but the Tigers have the majors’ fourth-oldest collection of position players, with an average age of 29.8, and over the next year or two, the losses and declines could accumulate: Scherzer, Martinez, and Hunter are about to be free agents; Jackson and Porcello are two years away; and Cabrera and Kinsler have reached the age at which hitters often experience their steepest descent. Because Dombrowski doesn’t hesitate to rob his minor league talent to paper over the cracks on his roster, the Tigers entered the year with one of the weakest farm systems, and sending two of their top pitching prospects (Jake Thompson, a potential no. 3 or 4 starter, and Corey Knebel, a potential back-of-the-bullpen guy) back to their home state of Texas in the Soria trade won’t improve that ranking next spring.

In a world where the Tigers have a clear path to the playoffs and J.D. Martinez’s slash line tells us that the future is always in motion, however, why worry about what might be? For now, it’s damn good to be Detroit.

This article has been updated to reflect that J.D. Martinez was a minor league free agent, and not a Rule 5 draft pick as originally stated in the piece.