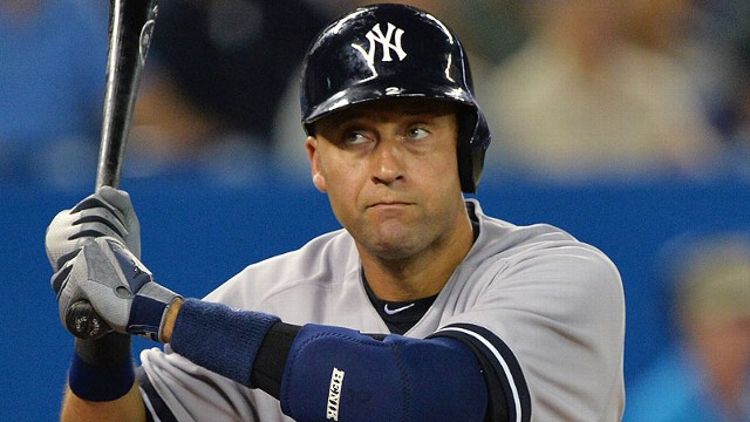 And Ichiro got there tonight. You have to tip your hat to the guy, that’s a tremendous accomplishment. Even if 1,000 or 2,000 or whatever it is came in Japan and therefore don’t really “count” in the traditional sense, because they didn’t happen in the majors, and that’s where we’ve always kept the official records. There’s no way to accurately convert Japanese hits to American hits. It could be a yen-to-dollars kind of thing, you don’t know, you could turn over your baseball card and find out you suddenly have 60,000 hits. You sometimes hear people compare the level of Japanese pro ball to “AAAA,” which doesn’t even exist. How can you count hits from an imaginary league? You can’t. It’s a slippery slope. Would you count quidditch goals? Of course you wouldn’t. They’re different games. You have only the utmost respect for players in the quidditch league, it’s got to be really hard to balance the sport with your wizard academics, but you can’t officially throw that in with MLB numbers. You have to draw a line somewhere.

You never want to think about your own records, because all that’s important right now is getting back to the playoffs and winning another championship. Individual goals are meaningless. But at a time like this everyone starts asking you about your own 4,000. And all you can tell them is this, which is the truth: I don’t even know how many hits I have right now. All I know is that if I can stay on the field and keep playing my game for another three to eight seasons, as I fully expect to, the numbers will be there at the end. And wherever the numbers end up, great. You appreciate them for what they are. But the only one that will matter is the number of rings.

Still, though, this was a really big day for Ich and we’re all very happy for him. He’s a great teammate. You hope he plays long enough to get to 3,000 American hits. Then people will stop talking about the other ones.

The press talked to Papi about Dempster hitting A-Rod. “That pitch woke up a monster,” he said. A monster, a sleeping giant, whatever you want to call it, he’s right. We’ve won five in a row. Ten out of 12. We’re pointed in the right direction again, and that direction is the playoffs.

I’m rehabbing in Scranton. By coincidence we played the Pawtucket Sox today. One of the guys down here showed me that Ortiz story, and tried to get the team fired up to prove to the Boston farmies how awake this entire organization is. The game didn’t go their way this time, but the Triple-A guys did get an important lesson on bulletin-board material: The Yankees don’t operate on that. They operate on being prepared, and just going out there and doing their only job as efficiently as possible: getting the W. You can’t take the field all half-cocked about something a maniac who kills dugout phones said. That’s their game, not ours. Our dugout phones are treated with respect and professionalism. You pick them up and instead of a dial-tone, you hear Frank Sinatra singing “New York, New York.” The sound of winning. You don’t hear that if you shatter them with a bat first. You don’t hear anything.

No bulletin board stuff today. Just a win. The big club didn’t fare as well, but I’ll be back with them soon. Momentum will still be on our side.

Even when CC pitches well, the results aren’t there right now. He cruises along for five innings, then boom, the wheels come off. It makes no sense. He’s our ace. He’s the one who’s always taken the ball every five days, given us eight innings and a win. You hate to say it out loud, but maybe he’s pitching through something. Is he quietly fighting an eight-pound tapeworm that’s living in his intestines? Is that why he’s 40 pounds too light? All you can do is hope his strategy of trying to starve it out pays off soon. We need him now more than ever.

But he’ll be the last one to make an excuse. He’s a warrior. He knows how it goes: If you’re playing, you’re well enough to play. There’s nothing else to talk about, even if a huge parasite hiding deep inside you is eating three miles per hour off your fastball.

I’m done with rehab. On my way up to Toronto to rejoin the team for tomorrow’s game. A great win for us today. Extra innings to avoid the sweep. That’s the mark of a resilient team. You’re proud the guys are playing that way. I’m getting back just in time. My legs feel great. Nothing in the quad, nothing in the calf, nothing in the ankle. And even if there were, I wouldn’t write about it here. You don’t complain about that stuff, even in your diary. No one wants to hear about it, not even your journaling coach. You just go out there and take it one game at a time, with whatever functioning extremities you’ve got on a given day.

The way things have been going with Phil Hughes this year, you don’t even need to say what happened out there tonight. You can guess. It’s a situation that’s got to change and change soon. It’s late August. You hate to see a guy going into free agency on a down note, but you also hate to see a guy standing on the mound with his shoulders slumped in the fifth inning because here comes the manager to take the ball away again. It would break your heart if you weren’t mentally preparing to make yet another comeback. There’s really not any room for emotion when you’re busy digging the team out of a hole.

This definitely wasn’t the way I wanted my first game back to go. No homer in my first at-bat this time. After you did that last time you came back, you maybe set some unrealistic precedent for yourself. It’s a kind of strange side effect of constantly living up to impossible expectations.

A much better effort all around tonight. Big win. But they’re all big wins now.

I get to my locker after the game and A-Rod’s already waiting there for me. He’s holding four gold baseballs.

“You see my homer tonight, Jetes?”

“Just wanted to make sure.”

“I was paying attention.”

“Fourth bomb since I’ve been back.”

“See these baseballs? They’re my homer balls. I got them back. All four bombs.”

“Maybe I had them golded. They’re special.”

“They’re special because I’m back, Jetes. All the way back.”

“Good. Keep it going. That will help the team.”

“Maybe I’m more than just back.”

“I don’t know what that means.”

“Maybe I’m finally becoming what I’ve always been meant to be, Jetes.”

“[Whispers] Do you want to see my hoofs?”

“I’ll take off my cleats and show you right now.”

“I’m going to eat these baseballs tonight. All four bombs.”

“I’ll be even better tomorrow, Jetes. Believe it.”

“Then see you tomorrow.”

He finally takes the hint and walks off.

I peek down at his cleats as he leaves. He catches me looking.

He smiles and pretends to take a bite out of one of the baseballs.

Then swallows it whole.

He winks and disappears into the training room.

The door closes behind him.

The Hunt for the NL Central