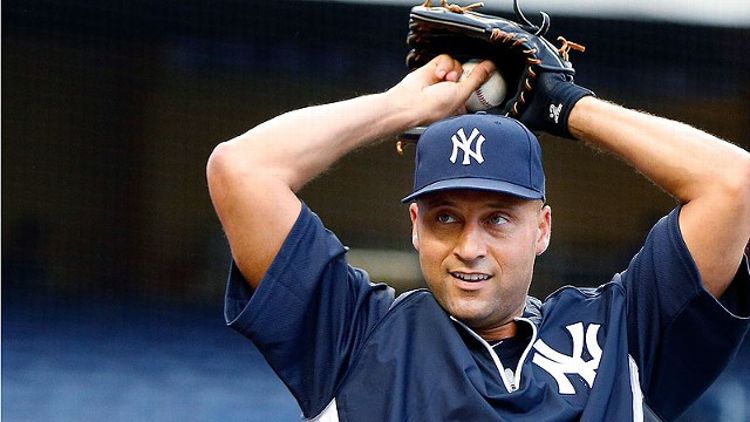 Baseball is a game of manners. Of grace and class. Of respect for competition.

It’s also a game of rules.

But not all of the rules are written down in the official rulebook. There are unwritten rules, and they’re just as important as the official ones. Don’t bunt to break up a no-hitter. Don’t steal signs from second base or from a center-field camera in Toronto. Don’t dramatically flip your bat, stand at home plate, and admire your Yankee Stadium home run if you are an aging designated hitter enjoying a suspicious career resurgence for a division rival, because when you return to your locker you’ll find that your street clothes have been mysteriously covered in a mixture of pudding and Ripped Fuel. No one’s going to hand you a book explaining these. You live and you learn that you just have to throw out the suit covered in the pudding-fuel, because that’s never coming out, it doesn’t matter how much you simonize it.

One unwritten rule you’re going to learn pretty fast is, “If you hit our guy, we’re going to hit your guy.” You hate to see a mess like what happened at Dodger Stadium last night, but you’re not surprised it happened after a bunch of people got plunked. Pitchers spend a lot of time just hanging around with nothing to do, inventing new changeup grips or scrapbooking in the dugout, so when a situation presents itself where they feel they actually can be useful to the team, they really go for it. As Captain, you can never endorse that kind of vigilante stuff, even if you can understand how somebody who spends four out of five days with no purpose in life might get a little carried away when they get a taste of some action.

You’re just glad that no one got hurt this time. Luckily things cooled down before Mark McGwire could break a bat over his leg and stab Kirk Gibson in the heart with a splinter. There’s probably still some bad blood from the ’88 Series that never really went away.

Baseball’s also a game of grudges.

There’s probably no more satisfying win than one after 18 hard-fought innings. Well, a postseason win of any length is inherently more satisfying, but it’s still mid-June, so we’re talking regular season only here, and you have to take your satisfaction where you can get it when the games don’t count as much.

Anyway, so when you’re on the wrong end of an 18-inning game, imagine how terrible it feels. That’s the emotional equivalent two full games of not winning, a doubleheader of pain. The missed opportunities, the men left on base in extra innings, it’s all too much to bear, especially when the team is in Oakland and you’re all the way in Tampa, unable to help. The offense is really struggling right now. Tex, Hafner, Youk, and Vernon went 0-for-28. You wish you could be there for them, even if only to make sure that Youkilis wasn’t secretly poisoning the sunflower seeds. Not that you necessarily believe that’s what was happening, but often the simplest explanation for a sweep by the A’s is the correct one.

The green light. Clearance for baseball activities. It’s been so long since you’ve been able to get on the field that you almost don’t believe the doctors when they tell you it’s time to get back out there. Not that they would lie to you, which would probably be a breach of their medical code that could get them excommunicated, it’s just that you’ve gotten used to them telling you “not yet” during the past eight weeks whenever you tried to sneak past them and take some grounders.

So I hit in the cage, played catch and long toss with Eduardo Nunez. It felt so good that I turned to Nuney in the middle of it and told him, “Guess you’re never going to get to start another game.” We had a nice laugh about it, but I think he saw in my eyes that I intend to never let him start another game. All this rest probably bought me another eight seasons. And you know what? Bones heal stronger. I broke my ankle twice. Maybe I get 16 more seasons. Nuney really looked upset when I mentioned that. There’s no shame in being a career backup, you can make a really nice living doing that. Sometimes you just have to embrace your role and not worry too much about the death of your unrealistic dreams.

Teixeira’s hurt again. The wrist. This is getting crazy. Two months of rehab, then less than two weeks back with the club and he’s out again. He’s not usually the type of person who feels human emotions, but you’re pretty sure he understands on an intellectual level how devastating this is for him. He just watched Grandy go through this a week ago; that recent example might help him process it.

It’s times like these that you’re grateful you have a Lyle Overbay on the team. He’s exactly the kind of player who prevents you from having to make Robbie Cano cover two bases at the same time because you’ve completely run out of healthy bodies.

Finally, a win. Finally, some runs. Finally, the kind of CC performance that might get him going.

The ninth inning was something of a nail-biter. You never worry with Mo out there, even if the bases are loaded, the team’s nearly blown a six-run lead, and Albert Pujols is at the plate. Even if you’re playing at Anaheim, where you’ve had a tough time over the past decade. Even if you’re watching on the TV at home, sick to your stomach that you weren’t there to help the team break a five-game skid.

When Pujols struck out on three pitches to end it, it almost felt like he was telling Mo, “Thank you for all you’ve done for our sport. Please accept this strikeout as my tribute to your greatness.” He’s always been a very classy player that way.

We didn’t even play a game and we lost another player.

Youkilis is out 10 to 12 weeks with back surgery.

Not sure of his play here. Feels like the long game. He returns in late September.

He’s more dangerous than I ever imagined.

10 Key Thoughts on the Greatest, Most Insane NBA Finals Game in Years