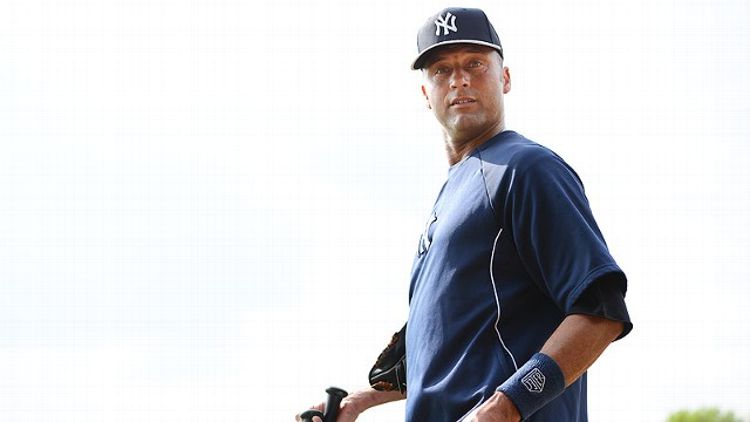 When you’re on the DL, every day feels like a rainout. You try not to dwell on what a depressing thought that is because no one’s rehabilitation was ever sped up by negative thinking, but sometimes it’s hard not to let the inky storm clouds of despair roll over you and wash away all hope that you’ll ever play another big league game. Yeah, I know that was a very dark thought. But my journaling coach tells me that it’s OK to embrace the darkness every once in a while, that’s it good to get those thoughts on paper. They have to go somewhere. Better into your diary than into your life. Words on a page are so much easier to deal with than emotions in the real world. This is a safe place. No one’s going to read them but you. You can say whatever you want here.

What you can’t do is answer a nosy beat reporter’s question about the status of your ankle — I’m still not going to talk about the ankle, by the way — by reading him a poem you wrote about sitting by yourself in a dugout so dark you can’t see into or out of it. Theoretically. I’m not a poet. Playing shortstop was my art. Is. Is my art. My easel’s just set up in Tampa at the moment, and nobody can see my work.

Anyway, I don’t believe for a minute that I won’t be back on the field at the Stadium — or in someone else’s ballpark, if we’re on a road trip (you can’t really plan to make your comeback in any particular venue) — any day now. Whether that day is in mid-April or early May, who knows? It happens when it happens, it’s all a part of the regular healing process. That’s what you have to constantly remind yourself — that this is all part of the process. And a lot of it is secretly a blessing. During rehab, you come back fresh to the game. I’m taking swings in the cage and running the bases, kind of like a kid in Little League. Back to basics. Today I went from first to third three times, and then third to first, which seems a little stupid to me, because you never really run third to first in a game situation unless you’ve made a pretty horrendous baserunning error, and everyone knows I have excellent awareness on the basepaths. I’m not getting doubled up on that play, even in physical therapy. I tell the coach, “Fine, I’ll do the drill, but I’m gonna pretend I’m Robbie Cano after he forgot how many outs there are.”

I also took 45 grounders at short and made throws to first base. I can’t tell you how disappointing it was not to take them five feet to my right, leap up as my body drifts weightlessly toward the third-base line, and throw a perfect bullet as I twist in the air. We’re just not there yet. In art terms, we’re still finger painting.

But soon the brushes and watercolors come out.

There are clouds up in Cleveland, but in Tampa all I can see is sunshine.

Two rainouts in a row. You hope the guys can stay sharp, you hate to lose the momentum of a three-game win streak because of some weather. We’ll see how the guys bounce back tomorrow. I’m confident they’ll get it done.

Getting through rehab’s not supposed to be a competitive thing, but today Grandy threw this up on on Facebook: You can’t help but feel he’s trying to be a little braggy about the brace coming off. He’s an extremely humble guy, some might say almost to a fault, but we all have a competitive streak. You don’t see me putting ankle pics up on Instagram. Gauntlet thrown, Grandy. Let’s see who’s back first. (Me. I’m a lot further along. All the trainers tell me that.)

While I was watching Baseball Tonight, I caught footage of the Greinke and Quentin brawl. You just can’t go charging the mound like that. I get it, tempers flare when a guy plunks you, you’re not thinking straight. But that’s not the way you handle things on a baseball field. You rub some dirt on it and take your base. And four innings later, suddenly Joba is putting one in somebody’s ribs. It’s funny how it happens, because you didn’t say anything, he just sort of knows that’s why you keep him around. Well, that and he has to buy the steak dinner every time he blows a lead. Everyone likes a free steak dinner, even if it’s eaten in total silence while you’re glaring at the guy who bought it because he didn’t do the only job he has, thinking that maybe he’ll make a nice forklift operator one day. That seems like a good calling.

Triple play. The first one ever that went like that. You see something new every day in this game, even if it’s on a YES broadcast on your iPad. Part of you is a little jealous that you didn’t get to participate, but another part realizes it’s a much bigger deal for a Jayson Nix to get to be a footnote to history. Great story, fun win for the guys.

I immediately get a call from A-Rod.

“Hey Jetes, you remember when we turned that triple play back in 2010?”

“That was pretty special, Jetes. I was proud to be a part of it.”

“Can I ask you a question, Jetes? Actually more of a favor.”

“If I were to send you some papers, could you hold on to them for me?”

“Oh, just, like, some papers and stuff. Document papers.”

“How about this … You still have that outdoor pizza oven, Jetes?”

“OK, if I send you the papers, maybe you just burn them in the pizza oven then.”

“I don’t trust shredders. People can just, like, glue-stick the documents back together.”

“No big deal. I don’t even have all the documents yet.”

I feel terrible for my buddy Kobe. I know exactly what he’s going through. Well, almost exactly. When I went down in October, we were in the playoffs, and the Lakers were trying to get to the playoffs. It was more of a heightened atmosphere for us. There’s nothing like playoff baseball, it takes 162 games to get there. Still, it was probably devastating, even if the Lakers was scrambling to be the last of the 25 teams to make the playoffs. I know what it’s like to know that your season is over and that your career is suddenly in jeopardy.

You almost wish basketball had a DH so Coach D’Antoni could’ve rested him a little bit.

I texted Kobe this morning as soon as I heard:

u will be back. stay strong, big mambo — DJ2

It’s really important to hear from your friends at times like this. You hope he takes inspiration from someone who’s gone through it and is about to prove the world wrong about the resilience of athletes in their late 30s yet again.

Alex dropped in on the team unannounced. I’m sure most of the guys were happy to see him, but I got a text from an unknown 617 number:

hey arod keeps asking me to hold some papers. is that weird? this is youk.

They’re scaling me back a little bit.

Five rounds of BP. 21 grounders. Didn’t get to run the bases, not even that silly third-to-first stuff.

Finger paints, and not even all the colors.

But it’s a normal part of the healing. You always have to remember that. Sunshine, not clouds.

They played “Sweet Caroline” at the Stadium tonight. You have to take your hat off to Boston. It’s a tough town. Resilient.