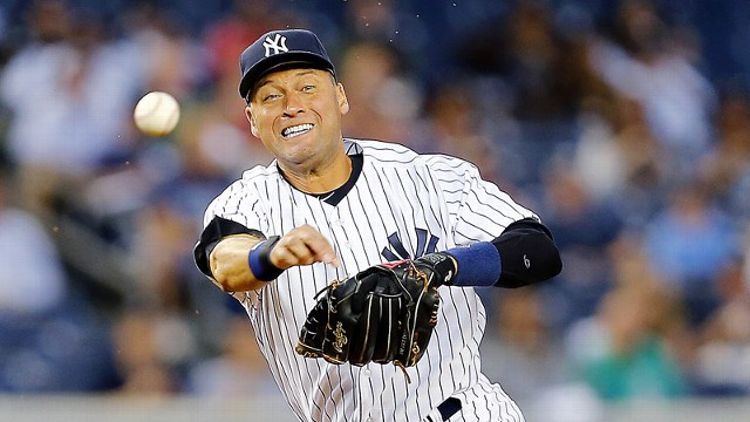 There are no off days during a baseball season. Not if you’re totally dedicated to your craft. I don’t care if it’s early April or late August, there’s always something you can be doing to improve your game. You shouldn’t draw a paycheck from a Major League Baseball club if you’re the type of person who looks at the calendar, sees no game being played on a Thursday 130 some-odd days into the season, then thinks, “Thank god, some time for myself. I really needed that today.” If you’ve ever allowed yourself to have that thought, you should immediately call your account and arrange for your latest paycheck to be returned. There are shortstops and right fielders and backup catchers literally starving in the minor leagues. I saw many of them on my latest rehab stint, trying to survive on stale King Dons in the back of buses between towns you’ve never even heard of. That’s why you buy them dinner. Not because you’re the big-shot major leaguer “slumming it” with them for a few days. You do it because you respect the journey. You do it because one day they might become your teammates. You do it because otherwise they might die, and you can’t have that on your conscience; you’ve seen too many malnourished bodies being carried out of rookie-ball clubhouses on stretchers.

You have to grind out every last minute you’re breathing precious major league oxygen. No off days. Just extra days to work on your game. Extra days taking hundreds of ground balls at shortstop. Extra days perfecting your positioning, standing out there deep in the hole, a pitching machine at home plate firing baseballs up the middle while you try to bend them toward you with your mind. You might think that sounds crazy, but it can be done. Anything can be done if you’re mentally strong enough. It’s not like you bend them eight feet or anything; you’re a Yankee, not a Jedi. Just a few inches. It’s a game of inches. It can be the difference between a ball ending up in your glove or rolling into center. The difference between a parade and a winter of misery.

You know when you’re not going to bend the flight of baseballs with your mind? If you’re in a movie theater somewhere watching Lee Daniels’ The Butler because it’s an “off day.” Go bend some popcorn into your mouth. See how your career goes. I don’t care if Oprah’s in it. Oprah’s not going to make you better at the game in most cases.

It always feel good when you can pick up your pitcher when he’s not at his best. That’s what being a team’s all about. CC can be out there, laboring through the August heat without his good stuff, just hanging on by a thread. Nothing feels better than when your starter gives up a five-spot and you still get him the win. He’s been a warrior for you, and you go to war for him. If you come out of it with a W, no one’s talking about the rough season he’s having, just about how he battled enough to get the win. And when he’s answering postgame questions, you can walk by and drop a little comment about how great the offense has been lately, or how Mark Reynolds is dying to talk about what it’s like to finally play in a winning atmosphere after being rescued from Cleveland. Let the media focus on something else for a minute instead. He’s answered enough questions about how loose his uniform looks this year and about the missing heat on his fastball; he doesn’t need to go over it again. He gets enough of that when you drape his jersey over a broomstick in front of his locker and leave a seven-gallon tub of Ripped Fuel and a radar gun on his lounge chair. He gets that one every five days, and it’s hilarious every time. Boonie buys the broomsticks.

Two in a row. Three out of four, starting out what’s going to be our most important homestand of the season. The wild card’s more than in play, and the division’s still there for the taking. There’s a month of baseball left to go. If no one’s going to run away with this, we’re going to chase it down. You don’t get any trophies for being in first in early September. You get them for winning a World Series. Or the pennant, but no one really cares about that one. I think it might be just a plaque, I’ve never bothered with it.

When I get home after the game I hear a faint ringing coming from inside of the dumbwaiter, which is weird because that’s only used to transport gift baskets to an idling town car in the private garage. I slide open the tiny door and find a princess phone on a lazy Susan.

It should go without saying that there is not usually a princess phone on a lazy Susan inside the dumbwaiter.

“I really wish you’d stop having people mess with my homes, Alex. You still have my cell phone number.”

“We could have used you. You can’t be missing games with ‘flu-like symptoms’ this late in the year.”

“There are guys out there playing through much worse.”

“Everyone’s seen someone with the flu, Alex. We get them a bucket between innings.”

“Will your haunches be in the lineup tomorrow?”

“No one’s mocking your haunches, Alex.”

“I expect to be available tomorrow.”

“That’s good news. We need you out there.”

“That’s so great to hear you say. I knew you’d understand.”

“Please don’t be offended if I don’t show them to you.”

“All will be revealed in time. This is a process.”

I place the receiver in the cradle and close the dumbwaiter door. I can hear the pulleys carrying it back down to the basement.

Alex returns and goes 0-for-3. We fail to sweep.

After the last out, he lingers a long time near a mounted police officer who’s there to keep fans from running onto the field. Alex slips him a signed baseball, and the cop looks the other way while Alex strokes the horse’s hindquarters with the back of his hand. And then with his cheek.

I notice that his pants are unusually loose. As if they’d been custom-tailored for bagginess.

I head into the clubhouse right as Alex switches cheeks.

Inside, CC is telling a clubbie that he thinks someone’s accidentally taken his extra uniform bottoms.

I pretend not to hear.

It’s always interesting to play a rebuilding club like the White Sox. You wonder what that’s like, to fly the white flag, blow everything up and start over. Playing for this organization, you never really get to experience something like that firsthand, because to ever give up on a season would be a violation of the Yankee Way, so it’s fascinating to observe from a safe distance. After watching what a team like that is going through, 20-plus games back or whatever they are, you appreciate even more what Cash and the Steinbrenner family do year in and year out to surround you with as many veterans as possible for the stretch run. When you see a Paul Konerko quietly sobbing into a towel in the corner of the dugout, where the rookies can’t see his disappointment, it just breaks your heart. You can’t save everybody, even with expanded rosters. You just have to be content knowing you’ve already saved an Overbay, and a Reynolds, and a Soriano. And a Wells and an Ichiro. That has to be enough. You do your best to sleep at night knowing you’ve done that much good, but it’s hard when every time you close your eyes you see Konerko biting that towel. You’d save them all if you could.

Girardi told the media he wants Mo to return next year, and that he’ll spend the offseason trying to talk him out of following through on his retirement plans. It will never happen. Mo’s not the kind of guy to say he’s done, spend the year getting a dramatic send-off in every city, and then come back anyway, even if he’s still pitching at his usual superhuman level. He’s the kind of guy who will walk away from the game and never second-guess himself. He knows that he’s done. You can’t do anything but admire a person like that and hope that when your turn comes to finally walk away, you won’t turn around and be tempted by everybody waving you back for one more run at it.

But you don’t need to confront that question for another three or four seasons, and you have no idea how you’ll feel with a couple more rings. They might totally throw off the balance of your hands and force you to stick around to get one for every finger. You can’t know until you try them all on for yourself.

Text Messages to Kobe Bryant: What's in a Name?