Text Messages to Kobe Bryant: What's in a Name? 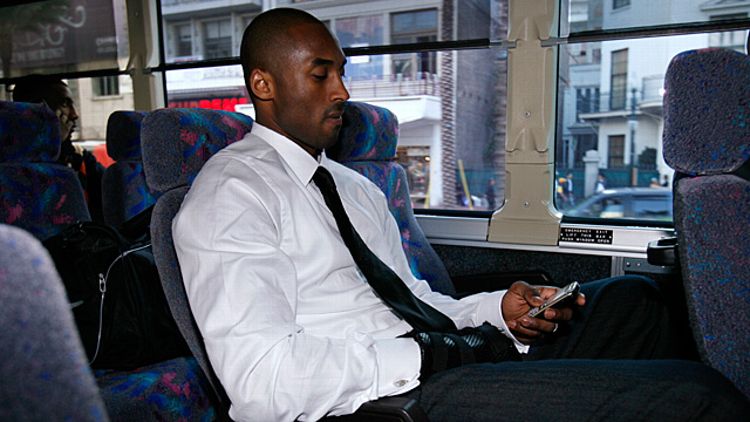 Kobe Bryant is a human with a cell phone so I sent him some text messages.

Me: Oh hey.
Kobe: Hey.
Me: There ya go :) you’re like a normal person now
Kobe: Mamba’s happy
Me: mother
Kobe: easy
Me: I saw that thing where you’re selling that old car your wife bought you. Why’s that?
Kobe: < oooooo8< Me: ??
Kobe: Emoticon black mamba
Me: dude
Kobe: < ooooooo8< -- Me: is he sticking his tongue out now?
Kobe: bingo.
Me: dude. But so why are you selling your car? It’s pretty boss.
Kobe: have you ever read about the black mamba on Wikipedia or anything?
Me: nope
Kobe: did you know that all black mambas are, at least in part, female?
Me: 1. ?!?!?! 2. What does this have to do with the car?
Kobe: for real. It’s some survival thing. Like, every single black mamba has a vagina. It’s like that thing in Jurassic Park
Me: are you being serious?
Kobe: I’m surprised you didn’t look it up
Me: NO I DIDN’T LOOK IT UP I JUST SAW KILL BILL VOLUME TWO AND THEN ROLLED MY EYES WHEN YOU GAVE YOURSELF THE NICKNAME
Kobe: that movie is so dope
Me: FOCUS THEY ALL HAVE VAGINAS???
Kobe: every single one.
Me: wait is that why you did that one photo shoot where you were dressed in all white looking like a total weirdo?
Kobe: :(
Me: maybe it should be < oo()ooo8< -- so as to properly represent the genitalia?? [No response.]