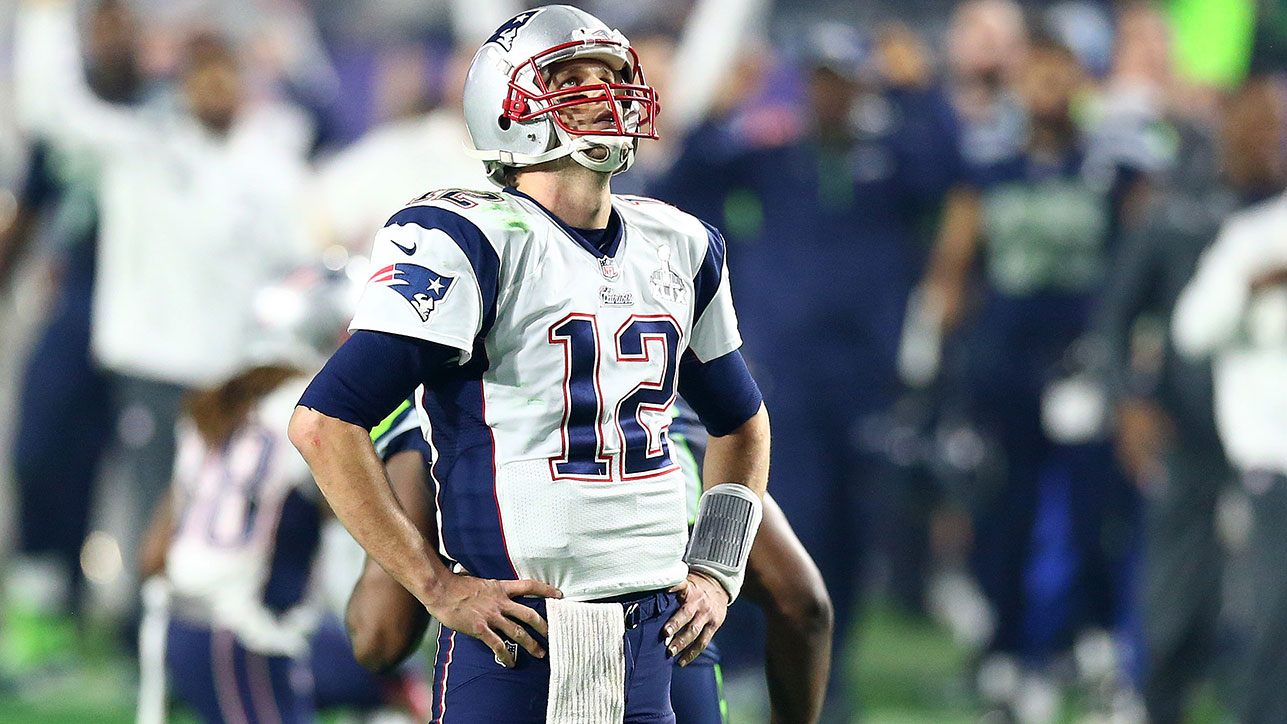 I assume much of what will be written about Tom Brady’s suspension over the course of this week will address whether the punishment fits the crime, but you’ll have to excuse me: I’m all set on that front. I’ll leave the moral audits — of both the Patriots and the NFL’s blindfold-and-a-dartboard system of justice — to others. What I know is that, pending an appeal, the Patriots are looking at an extended period without one of the two best quarterbacks of his generation for just the second time in 13 years.

The last time New England faced a Brady-less reality was one game into 2008, a year removed from the best offensive season by a quarterback in league history. It’s hard to know just how good the Patriots would have been again in ’08 with Brady under center, but they were pretty damn respectable without him. New England finished seventh in offensive DVOA that year and won 11 games with Matt Cassel at quarterback. Granted, it’s fair to think that any professional quarterback with two workable thumbs could run a top-10 offense with those versions of Randy Moss and Wes Welker to throw to, but the ’08 Patriots’ ability to almost make the playoffs with Cassel — whose career both before and after that stretch has fallen just a bit short of illustrious — is one of many pieces of evidence that suggests this franchise might be immortal, the NFL’s version of Keith Richards.

Of course, it’s impossible to separate Brady from New England’s decade-plus run among the elite of the NFL. Whenever it seems like the Patriots’ time is finally running out, there’s always another Brady turnaround that gives them renewed life. Throw me in with all the writers who were ready to eulogize the Brady-Belichick era after the 41-14 debacle in Kansas City last September. In Brady’s 12 regular-season starts that followed, only Tony Romo and Aaron Rodgers had a better QBR. New England finished third in weighted offensive DVOA. The Patriots won the freaking Super Bowl, and Brady was a significant part of that. In the playoffs, he was magnificent against both the Ravens and the Seahawks.

Beyond Brady, though, what has always set the Patriots apart is their ability and willingness to adapt. Without their quarterback and with a substantially remade roster, that’s exactly what the 2015 edition of this team will need to do in order to get anywhere near last season’s heights.

This offseason, we’ve seen plenty of changes on defense. After building around Darrelle Revis’s abilities as a cover corner last year, New England turned over most of its secondary. Both Revis and Brandon Browner are gone, and although Kyle Arrington may be back, his salary was enough to get him cut hours before the Brady suspension was handed down.

On the offensive side of the ball, Shane Vereen, who got just 30 snaps in the 45-7 drubbing of the Colts, which started this mess, and then caught nearly half that many passes in the Super Bowl, is gone. Travaris Cadet should be next in line for New England’s pass-catching running back gig, but in the four weeks Brady is absent, we may not see much of him. It would make sense for the Patriots to lean on LeGarrette Blount and the running game to protect Jimmy Garoppolo, but even if they do, we don’t yet know who’s going to be blocking for him. Former left guard Dan Connolly is gone, and the Patriots drafted two guards in the fourth round. Installing a rookie fourth-round pick at center last season was one of the ways New England bounced back after its rough start, but can the Patriots pull the same trick in consecutive years? With most teams, big question marks up front would be troubling, but somehow the Patriots always seem to get away with it.

Still, despite all the evidence that this team always finds a way, you could make the case that this is the season the success finally comes to at least a temporary halt. Outside of Philadelphia, no teams in football did more offseason retooling than the three jockeying with New England in the AFC East: The Bills still don’t have a quarterback, but they do have some intriguing offensive talent, and Rex Ryan is taking over an already terrifying defense. You could make a similar case for Todd Bowles and a Jets group that now adds Darrelle Revis, Antonio Cromartie, and Leonard Williams. And Miami, with the Ndamukong Suh splash and the bevy of weapons it has added to an already dangerous team, is actually the scariest of the lot.

In addition to the in-division improvement, there are real questions about what we should expect from Garoppolo. Yes, the Patriots have been able to stave off extinction longer than anyone, but our only glimpse of a non-Brady world came with Welker and Moss making things easier for Cassel. Meanwhile, Kevin O’Connell is the quarterbacks coach for the team that ditched Brian Hoyer this offseason, and Ryan Mallett was available for a sixth-round pick. As a second-round pick, Garoppolo is probably the most realistic Brady successor yet, but the history of quarterbacks drafted that low still isn’t promising.

Over the four games Brady will miss,1 New England gets Pittsburgh at home, Buffalo away, Jacksonville at home, and the Cowboys away. The line for the opener against Pittsburgh has gone from minus-6.5 in favor of New England to even; it’s likely that New England will be favored against both Buffalo and Jacksonville and an underdog against Dallas. It might be optimistic to say that the Pats will finish those four games 2-2, but if they do, it’ll leave them in the same spot they found themselves in after the famous loss to Kansas City last season. The AFC East title will probably require 11 wins, so having only 12 games of Brady could make that tough. But I learned my lesson last year. I’ll let others count out New England in May or September; I’ve already done it too many times.