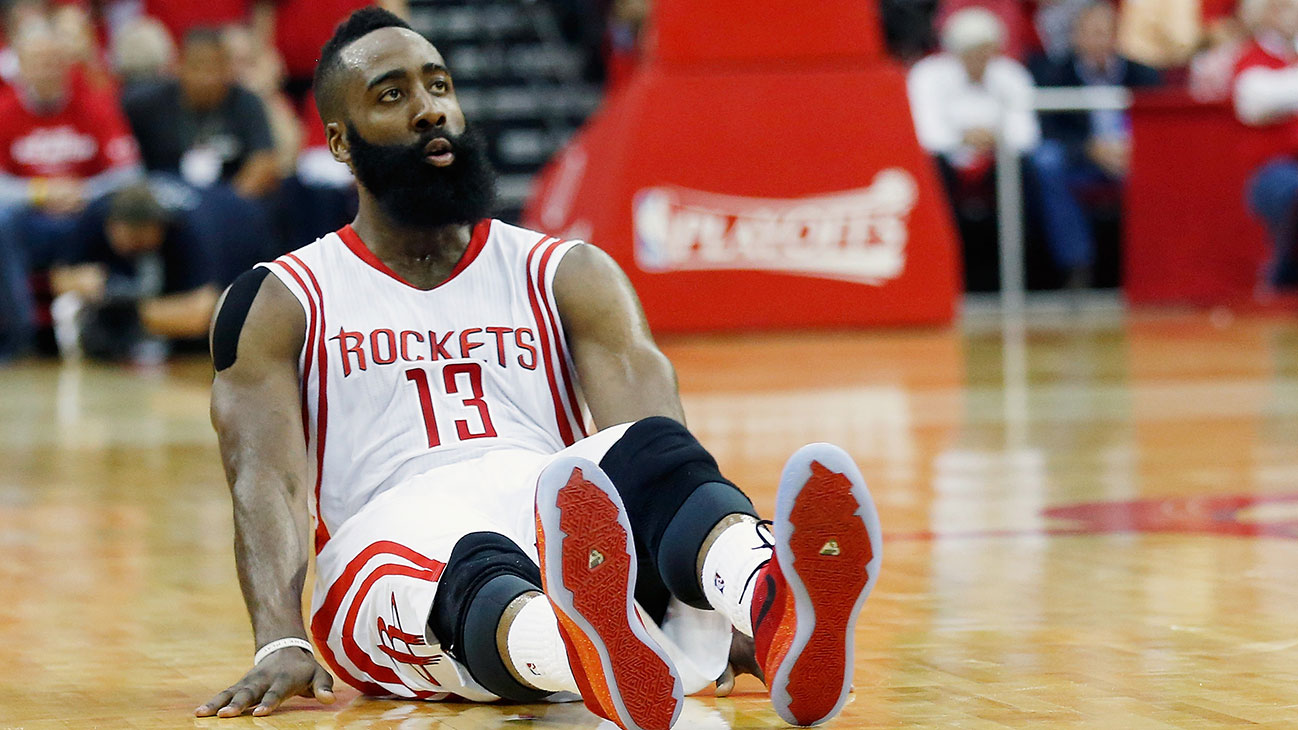 It’s not because of the way he plays offense — bobsledding into the lane, looking for bodies to bump into and arms to get tangled in. Many people consider that style frustrating, and I suppose I do, too, but I also hold at least a small amount of appreciation for it. Even though he’s not extra big or extra fast, Harden led a league that employs some of the most athletic people on the planet in scoring this past season.

It’s not because of the way he plays defense. I don’t mind that he goes through bits where he’s not super interested in preventing his man from scoring. That’s fine, and it’s a thing that’s been caricatured as way worse than it actually is.

Coming into the postseason, I didn’t want Harden to play well; I wanted him to play GREAT. Then I could root against him, root for his unraveling, and maybe, God willing, even sports-hate him, which is my very favorite thing. The most fun version of basketball — of anything, really — is when there’s a villain to fight against. And that’s who I was hoping James Harden would be. I needed him to be Bane, but instead, he’s been more like the Hamburglar.

It’s hard to sports-hate — at least in the sort of truly fulfilling manner I’d like to — a guy while he fizzles away into hydrogen molecules and beard remnants against the Clippers. Rooting against someone who’s not that great isn’t rooting against him at all; it’s picking on him. And picking on someone is never enjoyable. Just look at this:

this is for real sad pic.twitter.com/FPZk8LLwno

That’s not who I wanted this postseason. I didn’t want Sad Harden. I wanted the guy who murdered his opponents and then celebrated over their carcasses:

I wanted the Harden who ruined Ricky Rubio’s life because he thought it’d be funny:

I wanted the Harden who put 51 on the Kings because everyone made a big deal about Steph Curry crossing over Chris Paul the night before, the Harden who crushed OKC in April1 when they were trying to wiggle into the playoffs just because he felt like being spiteful, the Harden who shot 25 infuriating free throws against the Nuggets in March.

And you know what? During the first round, it seemed like we were going to get him. Dallas was down 0-2 in the series, and with the Mavs all the way desperate in Game 3, Harden put them in a coffin filled with rattlesnakes and then set it on fire with a 42-5-9-1 line that included a crushing step-back jumper over Tyson Chandler in the game’s final moments. When I saw that, I said to myself, “Fuck yes. It’s happening.” I thought it was. I really did. I thought he’d become Villain Harden.

I don’t like Harden, but I’m completely OK with him winning a couple of playoff series and even a title or two. Those things have to happen for him to become a true villain. That’s why piling on Kobe was so much fun: He was insulated by championships. And it’s why everyone in Chicago currently loves to hate LeBron or everyone everywhere forever loves to hate Dwyane Wade. With the first-round success, it seemed like Harden was going to take a big step toward villainhood. Instead, we find ourselves in a universe in which Austin Rivers is a more ferocious taunter than Harden, who’s been locked down by world-class defender J.J. Redick.

Here’s what should’ve happened in the Clippers-Rockets series: Harden should’ve Stone Cold Stunnered the shorthanded Clippers in Game 1, then come back to do it again in Game 2 against a 50 percent Chris Paul, who for sure would’ve played in Game 2 if Los Angeles had lost Game 1. Then, Harden should’ve gone to L.A. and put up some doofy stat line like 46 points on 15 field goal attempts and 33 free throw attempts in Game 4, then lost Game 5 just so he could go back to California to beat the Clippers in front of their own fans. Then, Harden should’ve gone to Oracle Arena and pulled Steph Curry’s angel wings off as payback for the MVP thing. That’s what Harden, the playoff villain, would’ve done. Instead, again:

this is for real sad pic.twitter.com/FPZk8LLwno

My ultimate dream right now is that this still happens, that Harden goes insane, drags the Rockets back into this series, dismantles Chris and Blake and DeAndre in Games 5, 6, and 7, and then shoves the rest of Los Angeles into the San Andreas Fault.