David Wright and the Problem of Homegrown Heroes 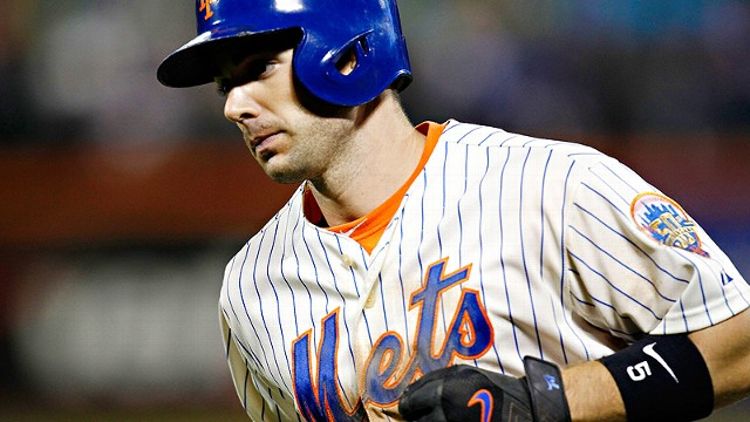 David Wright turns 30 in less than three weeks. Wright, for all intents and purposes, is the first superstar athlete I’ve rooted for who is also a peer. People talk about that disconcerting moment when they realize that, say, the NBA’s best player is five years younger than they are. Man, you are old, that realization seems to bellow. But contemporaries are a different sort of phenomenon. To follow a player that shares a birth year is to have your own successes and failures amplified.

In 2004, Virginia-born Wright, a lifelong Mets fan thanks to his proximity to the team’s Triple-A Norfolk affiliate, was called up from that team to join the Mets 90 games into the season. He was a sandwich first-round pick in 2001, the lasting legacy of embattled general manager Steve Phillips (who nearly traded him for the immortal Jose Cruz Jr.) and a compensation choice for the departure of pitcher Mike Hampton, who bolted to Colorado because of “the good schools” and $121 million. Though a well-regarded prospect, Wright was burdened with the curse of being a Mets third baseman. Since the franchise was established in 1962, the Mets had employed 147 third basemen. It was the team’s black-hole corner, a place where players not named Howard Johnson crawled in but never out. Not one lasted at least 1,000 games with the team. Until Wright. In his first half-season with the team, he finished with an .857 OPS. He hit home runs and lots of doubles — at least 36 a year in seven of the next eight seasons — a must at spacious Shea Stadium and then later less-spacious but also inhumane Citi Field. His call-up that first season happened in July ’04, the same month I got my first job. (Also, something of a half-season.)

Wright was, at the risk of hyperbole, an ideal product of development. He smiled, he indulged the media, he talked of how losing burned him up. A son you could be proud of. The boy you could bring home to mom. He was briefly linked to then-ESPN sideline reporter and harangued object of desire Erin Andrews, and dubbed Mr. Clean in a 2007 New York profile of the team. He was a golden boy.

He did other things on the baseball field, too. He stole bases, and ran them well, despite modest speed. He played defense with a clunky flair, never the most efficient or accurate, but capable of greatness in small moments. Paired with shortstop Jose Reyes, another product of the system, and some overpaid but effective free-agent signings, Wright led the team to a glorious 18-month period in Mets history, from the final third of the 2005 season through the first half of the 2007 season, before the first of the team’s existence-questioning collapses. Wright was in the center of all of this, averaging a .930 OPS, joining the 30-30 club, and emerging as — and it pains me to say this — the Mets’ Derek Jeter. A handsome, committed, talented, “clutch” cornerstone. David Wright is the reason teams have scouting departments, a living embodiment of the build-within structure. A homegrown hero. Wright signed a six-year extension reportedly worth $122 million early Friday morning, tacked atop his $16 million option this coming season. It was a PR boon for one of the most maligned franchises in sports, a laughably inept organization finally — finally — doing something right. The best thing to happen to the Mets in a decade will likely end his career in Flushing. And I wish it hadn’t happened.

That $138 million contract was touted as the largest in Mets history, an erroneous number after considering inflation and length, but massive nevertheless. And the Mets will be paying for the bulk of David Wright’s thirties, the exit of his prime, the erosion of his defensive skills, the slowing of his bat speed, the weakening of his eyesight, the narrowing of his flexibility. His average annual salary, $18 million, is not a ludicrous number. And by 2019, in the glow of MLB’s local TV utopia, it might seem quaint. But it’s not a good deal for a team without another all-star caliber position player. The Mets will likely not compete in the vicious National League East next season, not with the Nationals’ rise to power, the Braves’ youthful expansion, the Phillies’ phat wallets, and the Marlins…well, forget the Marlins.

But modern professional sports is about getting the best for the cheapest for as long as you can. Wright, good guy or not, was productive when he was cheap. Aside from one down year two seasons ago, best remembered for a freakish shot to the skull, Wright was among the three or four best third basemen in the league, a six-time All-Star routinely nipping at the back end of the top 10 in the MVP vote. Last year, the last of his first post-arbitration extension, was one of his best. But he faded down the stretch, showing the sort of wear that should terrify an organization. David Wright was getting old right before our eyes, but accrued goodwill has a way of upholding value. There’s a conflicted feeling, but it’s better to be smart than sentimental. Ask a Cardinals fan how they feel about not owing Albert Pujols $228 million over the next nine years. Or ask a Hawks fan about not paying Joe Johnson $90 million in the next four years. This works both ways, by the way. From the other side of the equation: imagine being Larry Fitzgerald, accepting more than $1 million a game while Ryan Lindley throws passes at your heels into eternity. Sometimes getting what you want is the worst possible outcome.

In this moment, the Mets are not in a position to do “the right thing.” (Some cynics claimed that this deal was completed, in part, to soften the blow of an imminent trade of Cy Young winner and living feel-good story R.A. Dickey. We’ll see.) That I am unhappy with this deal, of the assurance that my favorite player will likely be a part of my favorite team for the duration of his career, is a maddening paradox. It’s the curse of informed fandom, of knowing that while good fortune matters, it’s more important for a franchise to have good sense and to use a kind of ruthless rigor to build toward success. Thirty-year-old third basemen become 37-year-old converted first basemen all the time. Lifetime .300 hitters don’t improve at as they approach 40. Eighteen million dollars is a lot of money. Too much, even for a contemporary.