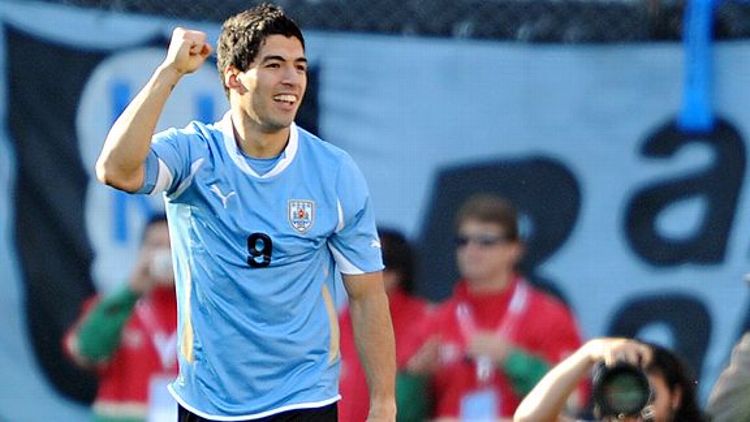 Last night Uruguay won its record 15th Copa America title, decisively beating Paraguay in the final, 3-0. While Uruguay was certainly a worthy and deserving winner, it was a tournament that few outside of Montevideo will recall fondly; a Copa full of cagey defensive football, with Paraguay making it all the way to the finals without actually winning a single game. That doesn’t mean we didn’t learn anything, however. Here are the three most important things we learned from this year’s Copa America.

1. “They’re Very Pretty, General. But Can They Fight?”

It seemed easy enough. Argentina playing on home turf, it had the best player in the world and a mouth-watering collection of talent surrounding him. The team was under the more stable stewardship of Sergio Batista (although after Diego Maradona, pretty much anyone, including Toonces The Driving Cat, would seem more stable) and they were due for a change in fortune.

What we learned during this Copa was that you can have all the talent, but if that talent doesn’t buy into a team concept or doesn’t know the system or doesn’t know one another, then it’s just talent, and a waste of it.

We can be disappointed that we didn’t get to see Messi, Aguero, Neymar and Ganso in a Cup final. But we can’t be surprised after watching the lackluster displays of their teams. Yesterday, when you watched Uruguay’s attackers sprinting back into their own half to defend, when you saw them hit Paraguay on the counter with breathtaking cohesion and familiarity, you were seeing a blueprint for how to win a tournament. It might not have always been pretty, but, rightly or wrongly, history tends to emphasize results over aesthetics.

2. He Might Be A Bastard, But He’s Our Bastard

Liverpool bought Luis Suarez from Ajax during this past January transfer window. He quickly turned into a fan favorite at Anfield, and the Kop promptly gave him his own song, sung to the tune of Depeche Mode’s “Just Can’t Get Enough.” You know who can get enough of Luis Suarez? Everybody else besides Liverpool and Uruguay fans.

If there were ever a guy who exemplifies the kind of player you’d hate to play against but love to have on your team, it would be the young Uruguayan forward. During yesterday’s match, the great football tactics blogger Michael Cox (a.k.a. ZonalMarking.Net) commented on Twitter, “Feel like Suarez will get someone else sent off tonight.” Cox might not have exactly meant it as a compliment, but you could certainly read it that way.

Luis Suarez will do anything to win. He will bite you (ask PSV’s Otman Bakkal). He will deliberately use his hands to keep a ball out of goal (ask Ghana). He will feign injury. He will harass referees. He will scythe down opposing players. I’d make a joke about how he would sell his own brother for a victory, but in truth, I haven’t seen Pablo Suarez recently, so I can’t be sure I’m even joking.

He is also one of the most imaginative, defense-tormenting attackers in world football. And while plenty of players looked like they’d rather be on a beach in Ibiza than getting tackled in the chilly Argentina weather, Suarez never stopped running, scheming or scoring.

One of the great joys of cup football (or any sporting tournament) is how the bright spotlight and raised stakes can create a star. The star of the 2011 Copa America was Luis Suarez. A case could be made that Uruguay’s baby-faced, Reed Richards-armed keeper, Fernando Muslera, was the reason that the Celeste found themselves in the semifinals, using every one of his limbs to get Uruguay past Argentina. But once they got to the edge, Suarez, with his goal-scoring and his sheer will to win, dragged them over the finish line.

Over the past decade, while Brazil and Argentina were busy hiring and firing coaches, manager Oscar Tabarez has been building a global footballing Death Star in Uruguay. The Celeste’s victory at the Copa America, along with their semifinal performance in last summer’s World Cup, their Under-17 side getting to the final of the U-17 World Cup this year and their Under-20 side qualifying for the Olympic games in London next summer, is ample evidence that Uruguay is now a global football superpower.

Brazil’s Mano Menezes and Argentina’s Batista both called for perspective when their teams went crashing out in the quarterfinals. It’s all about getting ready for the World Cup in two summers, they said. This was just a test run, an experiment. No need to panic, nothing to see here.

They keep things in perspective at their own peril. Brazil and Argentina, along with Spain, Holland and everyone else, should be worried about Uruguay. Suarez is only 24. Strike partner Diego Forlan might be hitting the twilight of his career but Edinson Cavani is only beginning to realize the depth of his talent. Defender Sebastian Coates is only 20 and his performance in the Copa likely earned him a money move to Europe. Midfield dynamo Alvaro Pereira is only 25. They are well-stocked, they are battle tested and now they have some silverware. Going into the ’14 World Cup, they, along with Spain, would have to be considered among the favorites.

The Weekend That Was: Seattle's Woes, the NFL Lockout and Chipwiches

THE NFL LOCKOUT IS OVER.