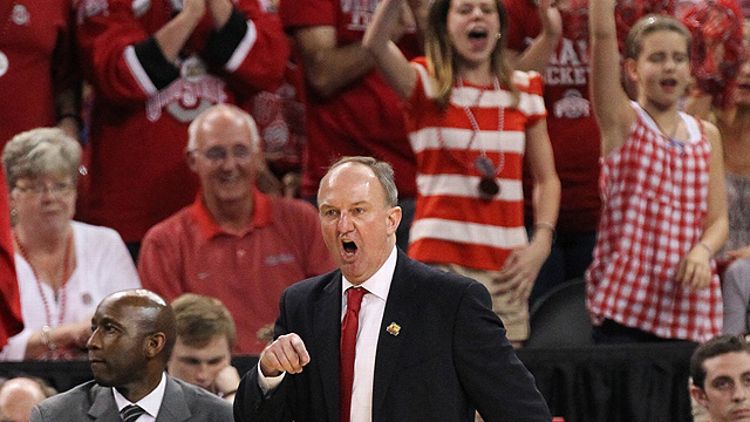 Last week, we looked at the Dangerous Outsiders, the Royal Blues, and the Title Snipers. See the box below for those links. This week, we turn to four legitimate championship contenders, starting with the Wolfpack of NC State yesterday and continuing with the Ohio State Buckeyes today.

The Gist: One of the great stories in American politics is how Abraham Lincoln secured the Republican nomination for president in 1860. It’s worth reading Doris Kearns Goodwin’s excellent Team of Rivals for the full story, but the broad outline is that although Lincoln was a visible public figure by that time, he wasn’t expected to win. (Unlike today, where the conventions are a three-day coronation, the 1800s versions involved uncertain outcomes, electioneering, and backdoor deals that often shifted crucial votes; sort of like a modern-day caucus on steroids.) William Seward was the front-runner, and the vote-leader in the first two rounds of ballots. But he fell just short of the necessary majority both times (too radical), and Lincoln’s supporters slowly but surely whittled away votes from the less popular candidates. Seward’s supporters held firm, but they wrongly expected their numbers to increase without much sweat. Finally, on the third round of voting, the relentless Lincolnites swayed enough minority candidates, and suddenly their man was the head of the ticket. The reaction around the country, and even at the convention, was mild to major surprise. “Wait, Lincoln won?”

It couldn’t have happened if one candidate had extraordinary support. Lincoln’s original coalition wasn’t big enough. The discord in the party allowed for the subtle maneuvering behind the scenes. To make the metaphorical leap to college basketball (you knew it was coming, right?), we sometimes see a Lincoln finish in years without a true powerhouse. Duke in 2010? Total Lincoln finish. “Wait, Duke won? Not Kansas, not Kentucky?” The Blue Devils were a good team, top 10 to start the season, but champions? That was a surprise. And if you’re looking for the Lincoln of a wide-open 2012-13, look no further than Ohio State, a team that boasts three returning starters with Final Four experience, some untested new blood, and the best coach in the game without a title.

Strengths: I am not a Buckeye fan, and along with a lot of other non-Buckeye fans, I spent most of last season angry at Aaron Craft. Looking back, that’s probably — OK, definitely — a testament to his greatness. I felt that as the point guard who would become the Big 10’s defensive player of the year, Craft often got the benefit of defensive “star calls.” In other words, his reputation as a stifling defender preceded him, and refs would let him mug opposing guards when any other player would be whistled for a foul. That’s Aaron Craft, so it must be OK, I imagined them thinking in their filthy zebra suits. 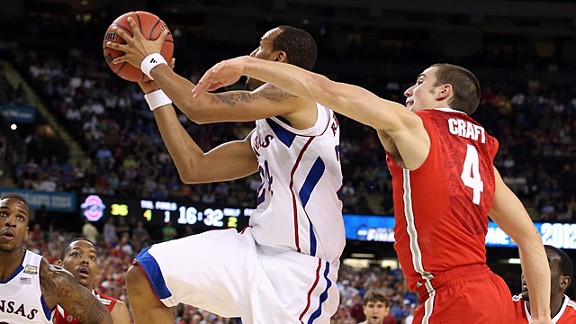 There may have been a kernel of truth to my rage, but there’s no denying the fact that he’s a quick, devastating presence in the backcourt, with hands that operate at ninja speed. The chances of him repeating as the conference’s top defender are about 105 percent, and if he stays four years, he could become known as one of the greatest perimeter defenders in Big 10 history. Just like last season, his duels with Michigan’s Trey Burke will be required viewing (after a relative draw in game one, Craft held Burke to 5 points on 1-11 shooting in their second meeting). He showed flashes of offensive brilliance at times in his sophomore campaign, including a 17-point, 10-assist game against Gonzaga in the third round of the tournament, and he’ll have to step up that part of his game as a junior.

And he’s just one of many who need to increase their productivity. The reason? First team All-American Jared Sullinger and second-team All-Big Ten guard William Buford are gone, and with them 32 points per game. Replacing that output will be tough, but preseason All-American Deshaun Thomas is a great start. The 6-foot-7 junior forward averaged 15.9 points and 5.4 boards last year, and can score from the paint, the wing, and behind the arc (he shot 34.5 percent from 3 in 2011-12). He’ll be the primary scoring option, and one of the best bets in the country to average 20 points.

The third returning starter for the Buckeyes is Lenzelle Smith Jr., who only averaged 6.8 points last year, but served as a reliable stopper and a floating threat whom Matta called a “jack of all trades” after a 17-point, 12-rebound performance in the first Michigan game. The 6-foot-4 shooting guard will team with Craft to form what has to be one of the top three — if not the best — defensive backcourt duos in the country. (Add sophomore Sam Thompson at small forward, and you’ve got three brainy, ball-swarming gurus who will trigger panic and depression, in that order, in opposing guards.) Smith’s scoring increased in the tournament, culminating with a 17-point showing against Syracuse in the Elite 8.

The Craft-Thomas-Smith trio is one of the most impressive in the college game, and will bring the kind of high-stakes experience that only Louisville and maybe Indiana can match. With decent height, and more coming from the bench, it’s no surprise that Ken Pomeroy ranked Ohio State first in his defensive efficiency predictions for the year. (The link requires a subscription, but if you’re not subscribing to KenPom already, what the hell is up?)

Weaknesses: After Thomas, who’s going to score? It could be Craft, and it could be Smith, but neither one has proven himself as a consistent offensive threat. Matta hopes that at least one will blossom with the increased touches that come from Sullinger and Buford’s absence, and I’m optimistic. But until we see proof, offensive production remains a slight question mark.

Speaking of question marks, that appears to be the proper punctuation mark for sophomore center Amir Williams, who should be a serviceable-to-good rebounder and shot blocker, but whose offensive prowess is untested. Evan Ravanel, the team’s only senior and a Boston College transfer, will have to contribute in the post, and may get starter minutes if Thompson doesn’t pan out. Shannon Scott could see significant time at guard if he can score, but will otherwise be limited to spelling Craft; sophomore LaQuinton Ross, a pure shooter, could start instead of Thompson at the three and become a surprise contributor, as he did, in fact, in yesterday’s exhibition against Walsh.

You’ve probably noticed a lot of coulds and mights in the last paragraph — that’s as far as we can go with the Buckeye offense until we see them in action. Then again, KenPom has them sixth in offensive efficiency as we begin the year. That sound you just heard was the rest of the Big Ten shrieking in terror.

“It’s a world where the dog eats the dog / Where they kill for bones in the street / And God in His Heaven / He don’t interfere. ‘Cause he’s dead as the stiffs at my feet. / I raise my eyes to see the heavens / And only the moon looks down. The harvest moon shines down!” (YouTube)

The darkest moment of Les Mis goes to Matta and his team, who are poised to reap a bountiful harvest in the wreckage of an uncertain top 10. And let’s face it, Aaron Craft is the only guy in the NCAA who can steal like the Thénardiers.

Confident, Insightful Prediction: We can fret all we want about OSU’s offense, but the fact is that their superlative defense — again, I call it the country’s best, especially in the backcourt — will be plenty strong to get them close to 30 wins. They visit Durham for the ACC/Big Ten Challenge in late November, and I expect them to beat Duke by double digits, even in college basketball’s toughest venue. Beyond that, I see more destruction of their Wolverine rivals amid a very strong Big Ten campaign. I can’t quite bring myself to pick anyone over Indiana in the regular-season standings, but I’ll go so far as to predict an upset win for the Buckeyes when they play the Hoosiers in Columbus. And let’s get even more specific: Second place in the Big Ten, a Big Ten tourney win after Indiana bows out early to prepare for the big dance, the highest 2-seed in the tournament, and a classic Elite 8 game against Louisville. It’s all on the table; the harvest moon shines down.