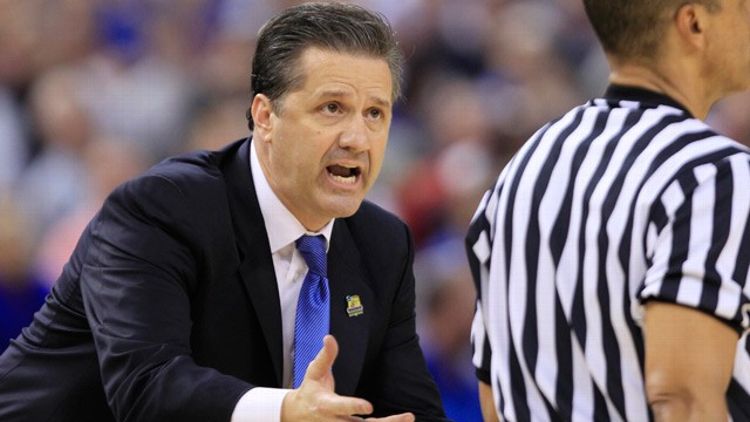 After weeks and weeks and months and metaphorical years and decades of reading offseason features like “Top 10 Undersize Left-Handed Combo Centers,” I am beyond excited to say the following words:

This year, the scheduling gods have put together what I consider the most attractive opening night of games since at least 1983, which is the year I was born. (And yes, I paid attention to the opening docket that very first year. In fact, my mother used to read me the schedule in the womb back in ’82, so that counts, too. This joke just got weird.) Trying to establish some sort of unified start to the college basketball season has been a work in progress, but the NCAA aced the test this year. It’s a stacked deck — in the case of the boat games, literally — and before we all collapse in front of our televisions and put the suffocating memory of the offseason behind us, let’s take this chance to study up on the top 10 games of opening Friday (and one on Sunday; all times EST).

Hey, it’s a game in Germany! An American Air Force base in Germany, but what the hell. This is the Spartans’ only prep for next Tuesday’s game against Kansas, and it’ll be a good chance to see if Tom Izzo has the talent to pull another magical wizard coaching act and lead them to a Final Four. Keith Appling and Derrick Nix will lead the way, and Indiana high school player of the year Gary Harris should provide a freshman spark at shooting guard. Meanwhile, new UConn coach Kevin Ollie has the least enviable job in college sports. Not only does he have to follow a legend in Jim Calhoun, but he’ll be operating under a very tenuous one-year contract. Unlike most new coaches, he doesn’t have time to build, and he’ll be haunted by Calhoun’s presence all season.

Possibly a homer pick. Sorry. But this is a fascinating Duke team that could go a lot of ways. Seth Curry, who’s been battling a leg injury, looks like he’ll start, and after going 1-9 in Duke’s last exhibition, he’s one of a few players with question marks surrounding their ability to produce. We won’t know all the answers from the Georgia State game, but we’ll be able to check on the form of players like Quinn Cook, the sophomore point guard who is being earmarked as the key to Duke’s success this year, and Rasheed Sulaimon, the freshman shooting guard who’s looked great in the exhibitions and will compete with Curry for playing time. The other underclassman to watch is sophomore power forward Alex Murphy; Coach K knows what to expect from seniors Ryan Kelly and Mason Plumlee, but it’s the youngsters who will define Duke’s upper limit.

There’s still no word on the eligibility of Shabazz Muhammad, the freshman phenom being investigated by the NCAA, but it’ll still be fun to watch Ben Howland’s team begin the process of reclaiming the program’s old glory. Kyle Anderson is the real draw, and in the absence of Shabazz he has every chance to become the best freshman in the country. At 6-foot-9, Anderson can play anywhere from point guard to forward, and he’ll team with the Wear twins to form one of the toughest offensive starting lineups in the country. The big question mark, as any UNC fan could tell you, is transfer point guard Larry Drew II. Does he have the skill and maturity to lead a high-caliber team, or will he go down the same self-pitying path he took at Carolina?

I won’t lie and tell you that Miami is a good team. This isn’t a Szczerbiakian year by any means, and this game is mostly about watching Mark Gottfried’s Wolfpack kick off a year of great expectations. It’s hard to remember any team that bore the weight of their fans’ historical pain more than State will this season, and the principle of NC State shit dictates that something awful will happen in Game 1. If that doesn’t come to pass, and Lorenzo Brown and Scott Wood and C.J. Leslie show that they’re ready to fulfill the hype, it should be a great year in Raleigh.

This one’s on the USS Bataan in Jacksonville, Florida. Fair warning — there are going to be really long lines to get into this game, the court will be a confusing hexagon shape, and we may not know the final outcome for weeks. Seriously, though, there’s chatter that the Gators will start Kenny Boynton at point guard due to the mysterious benching of Scottie Wilbekin, and that leads to a pressing question: Will anybody else get to touch the ball on offense the entire time? The Hoyas are a team without a single senior on the roster, and they lose a lot of scoring now that Hollis Thompson, Henry Sims, and Jason Clark are gone, but if there’s one thing we know about a JT3-coached team, it’s that they’ll shorten the game by playing slow on offense and tough on defense. Huge upset watch.

This is the one game on the list that people with a cable sports package and an Internet connection might still have trouble finding. Which is too bad, because it’s a fun little showdown between last year’s Patriot League MVP (and Duke killer) C.J. McCollum and a Baylor team led by dynamic 5-foot-10 point guard Pierre Jackson. Despite playing with Quincy Acy, Quincy Miller, and Perry Jones III, Jackson somehow led Baylor in scoring with 13.8 points per game last year. He also approached school records with 223 assists and 68 steals. Bears coach Scott Drew continues his run of great recruiting with newcomer Isaiah Austin, a 7-foot five-star recruit who may be on the level of PJ3, and power forward Ricardo Gathers, one of the strongest freshmen in the country. This will be a very difficult game for Lehigh, but as we’ve seen, McCollum can make up a talent deficit all on his own in any given game.

So, so good. North Texas power forward Tony Mitchell was one of my third-team All-Americans and is projected to go seventh in the NBA draft next year. And of course, Doug McDermott is one of the most talented players in the country and a first-team All-American pick wherever you look. With any luck, we’ll see these two guys matched up against one another in a fast, high-scoring game. Creighton has more talent overall — they return four starters, including the MVC’s Defensive Player of the Year (Gregory Echenique), the conference assist leader (Grant Gibbs), and a shooting guard who makes almost half of his 3-point attempts (Jahenns Manigat) — and should be able to defend their home court. But all eyes will be on McDermott vs. Mitchell, and it might be the best mid-major duel of the year. This game isn’t televised, but lucky for us, we can watch it through Creighton’s website at the link above.

Somewhere, James Naismith’s soul can finally rest in peace now that the union of basketball and gigantic boats has come to pass. This is sort of like when the first guy put a slab of meat between two slices of bread and invented the sandwich; how could we not know what a great combo it would be? This is revolutionary, and my bet is that it will be only three to five years before every collegiate game is played on a boat and terrestrial basketball becomes an old-fashioned relic.

Anyway, this is our first chance to see how Aaron Craft, Deshaun Thomas, and Lenzelle Smith Jr. can lead the offense without Jared Sullinger and William Buford. We know the Buckeyes are going to have an incredible defensive unit, but can they make up the scoring gap? Marquette is a good test, and just like the game above, we should be treated to a fast-paced affair. Buzz Williams has the Golden Eagles hovering just outside the top 25, and he will join Thad Matta in trying to find the offense to replace two departed stars — Jae Crowder and Darius Johnson-Odom. Davante Gardner and Vander Blue are the players to watch.

I didn’t go out on much of a limb when I picked UK to make another Final Four this year, but it’s still sort of mind-blowing to see Calipari have such success with his unlimited one-year refreshment plan. It’s definitely unprecedented in the history of college basketball, and while some argue that it represents a new trend that will become commonplace, my argument is that Calipari is in a unique historical place to make it work. His latest recruiting coup was landing the Harrison twins in early October. The runner-up in that race was Maryland, a team entering its second rebuilding year under Mark Turgeon. Legendary Terps coach Gary Williams may have won a national title in 2002, but he also severed all ties with national AAU organizations and basically gave up on recruiting five-star talent over the last half decade. Turgeon told me last season that a big part of his job was repairing those relationships. They’re still a year or two away from returning to prominence, but the fact that he was even in the market for the Harrison twins shows that he’s on the right path. It also means there’s a bit of bad blood brewing between these two clubs, if you needed an incentive beyond the chance to see freshmen Nerlens Noel and Archie Goodwin for the first time.

It’s the third boat game of the opening docket, but this one unfortunately got delayed by the threat of bad weather. Instead of tipping off on Friday, we’ll be seeing ‘Cuse and the Aztecs on Sunday on the USS Midway in San Diego. I’m still counting it as an opening-day game, though, because I refuse to let my excitement over watching SDSU’s Jamaal Franklin take on the Syracuse zone wither because of a little rain. Basketball is not supposed to be rained out! This new boat phenomenon has a fatal flaw that I never noticed, and now I’m wondering if the revolution I spoke of three paragraphs above is for naught. Also, what if they get attacked by pirates? What if basketball is illegal under maritime law? What if they get arrested by the Coast Guard? What if they run into the Great Pacific Garbage Patch? Perhaps this wasn’t well considered.

Assuming the game is played, the Syracuse player I’m most excited to watch is sophomore Michael Carter-Williams, a flashy, quick point guard and a great passer (YouTube clips here). As usual, there will always be a lot of big dudes to play down low in Boeheim’s zone, including freshman DaJuan Coleman. But SDSU returns four starters, and I’m predicting the greatest oceanic upset since squid vs. whale.