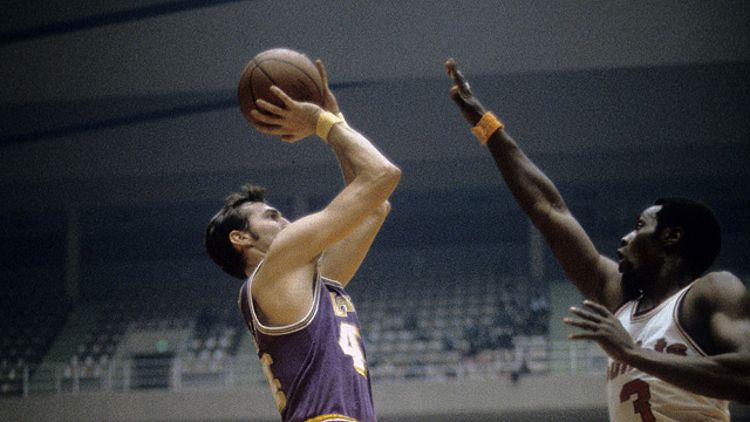 Today is Jerry West’s 75th birthday. The West Virginia native began his NBA career in 1960 with the Los Angeles Lakers. He went on to become (quite literally) one of the league’s most iconic players, racking up 14 All-Star appearances, 12 All-NBA selections, and making nine NBA Finals appearances. He went on to have a highly successful front-office career with the Lakers and the Memphis Grizzlies (where he helped construct the fabulous 2002-03 Hubie Brown Grizzlies with Pau Gasol, Shane Battier, and Jason Williams). In honor of his birthday, Christopher Dyce of the amazing Zer0RadioGIFs put together this tribute to the man. Enjoy!