Wisconsin-North Carolina: A Victory in Retreat 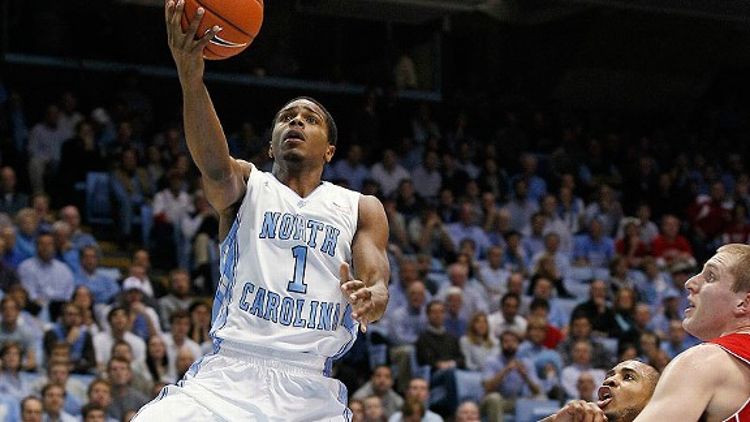 Earlier in this year’s Champions League campaign, AC Milan faced Barcelona in Spain and came away with a 2-2 draw. As the final whistle blew, the announcer praised Milan: “They came in with an Italian plan, and they did the Italian job on Barcelona.” The “Italian plan,” stereotypically, involves an oppressive defense and opportunistic counterattacks. The resulting aesthetic can be deadening, but it can also be effective.

I couldn’t help but think of those words Wednesday, as I watched no. 7 Wisconsin wage its war of attrition against no. 5 North Carolina. If there’s an equivalent to Italian soccer in college basketball, it’s certainly the Big Ten. With some notable exceptions, like Ohio State, the conference is all function, no form.

True to character, Wisconsin came in with a Big Ten plan, and it achieved a Big Ten result. For starters, Bo Ryan’s team smartly executed what can only be called a permanent stall offense, rarely shooting the ball with more than 10 seconds left on the shot clock. On defense, the Badgers played aggressive man-to-man and shut down the UNC fast break with an almost obsessive consistency. The commitment was so absolute that they actually conceded defensive rebounds in order to send defenders back and prevent Carolina from running. They hit big shots, limited easy baskets, and even grabbed more offensive boards than the bigger, stronger Heels.

The only thing they didn’t do, of course, was win.

If you’re a Carolina fan, how do you evaluate that game? The extremes of the spectrum are, as ever, a matter of perspective:

Positive: Wisconsin is a top-10 team, but Carolina absorbed its style and still won. A win is a win, and a win against an elite Big Ten squad is a fantastic result regardless of how it came about.

Negative: Playing at home against a team with far less talent, Carolina was unable to impose its style and was forced to play on the enemy’s terms. This is a bad sign for the future, and, despite the win, Wednesday night was at least a little embarrassing.

The honest takeaway from Carolina’s 60-57 victory has to contain ingredients of each.

In the beginning, the Heels didn’t accept the Big Ten style. They raced out to a 12-5 lead (and “raced” is a relative term, since it took eight minutes, but compared to the rest of the game this was a veritable scoring frenzy) and Wisconsin looked utterly lost on offense. Carolina fans have a habit of ratcheting up the noise when the opponent’s shot clock nears the 10-second mark, and usually they’ve got it right; if a team can’t create a shot by then, they’re out of sorts and close to panic. But it slowly dawned on the Heel faithful that their cheers were misplaced against Wisconsin. When the team that finished with the 344th-fastest tempo out of 345 Division I teams last year fails to shoot early, it’s not an accident, and it’s not a sign of weakness. (Amazingly, while the Badgers were second-to-last in tempo, they were second-best in points per possession. Ryan has officially created a style that can only be described as “enforced frustration.”)

But then again, style or not, Wisconsin wasn’t exactly thriving. John Henson was at his intimidating best inside, totally denying interior points to 6-foot-10 Jared Berggren, 6-foot-11 Frank Kaminsky, and everyone else. Two plays stand out. On the first, guard Ben Brust found Mike Bruesewitz on a slick backdoor cut. Bruesewitz had a step, and would have simply laid it in against most defenders. But Henson’s reputation preceded him, so Bruesewitz took the extra effort to glide under the basket for the reverse. Henson went flying by, out of position, and then reached back and blocked the shot anyway. It was unfair, just as it was when Ryan Evans (sporting an old-school flat-top) faked Henson out with an up-and-under, held the ball for an extra second of clearance as he glided to the rim, and still had his layup rejected. What can you do against a defensive wunderkind like that? He mutates the paradigm.

One answer is to shoot 3s. As in, 28 of them. Coming into the game, Wisconsin averaged 24 attempts per game, and that small disparity is just one of many ways to measure the Henson Effect. And if you’re looking for a simple cause of death, the fact that the Badgers hit only eight of those 28 is pretty glaring. Still, it looked for a while like sharpshooting might not be required. Which brings us to the 2011 Carolina conundrum.

A great team imposes its style. This is a fact. It’s also a fact that a team doesn’t have to be great to win a national title, as Connecticut and Duke have shown the past two seasons. But greatness was expected of North Carolina this year, and so far the standard hasn’t been met. The reason seems to be fairly simple — nobody can penetrate. Harrison Barnes, with his excellent instincts and poise under pressure, cannot create his own shot on the drive. He was repeatedly stripped and stymied in the early going, and Evans did yeoman’s work on defense to shut him down for 28 minutes. Kendall Marshall, with his unique vision and prodigious passing ability, lacks the quickness to break a good defense down and distribute off the drive. Dexter Strickland, P.J. Hairston, and Reggie Bullock are mostly shooters. Everyone else plays inside.

At halftime, Wisconsin’s grueling style had triumphed. Marshall tried to force the fast break a few times, but because he couldn’t create on the dribble, he had to force it with passes. These efforts met with failure when the Badgers kept retreating faster than the Heels could advance. Roy Williams could exhort his team from the sideline all he wanted, stomping on the ground and waving his arm toward the enemy goal, but it was a futile mission.

Going into the locker room, Carolina held a 25-24 lead. In the final 10 minutes, they’d scored exactly six points. I commented to my friend Andrew that Wisconsin had essentially won the philosophical battle, and he said they were making it all but impossible for Carolina to do anything but play Big Ten basketball. He was right, and it brought two games to mind, both from the Carolina vault.

The first was the 2009 national championship. Michigan State was the tough, scrappy Big Ten team who had bludgeoned its way to the title game with unforgiving defense. Carolina was the fast-paced juggernaut, featuring Tyler Hansbrough, Wayne Ellington, and the great Ty Lawson. It was no secret that the result would turn on whether the Spartans could force the Heels into a slower game and punctuate a trademark slugfest with some late heroics. I thought the conflict would be fascinating, but I was wrong. Instead, it was beautiful. I kept a live blog, and within six minutes, I knew Carolina had the thing won. It’s one of the games I like to remember most, because it was the ultimate triumph of free-flowing basketball over stodgy tactics. And nothing mattered except Lawson. He was everything. Michigan State tried to bottle him up, but Lawson was like a meteor that you didn’t truly see until it was gone. He cruised through the defense, scoring, distributing, and showing the opponent exactly how the game would be played. Slow him down? Like hell. That was a great team.

The other game happened when Boston College visited Chapel Hill last year. Earlier in the season, facing Carolina at home, Eagles coach Steve Donahue made the critical mistake of trying to run with the Heels. He lost big, 106-74, but he wasn’t about to make the same mistake on the road. Instead, he did what Wisconsin tried Wednesday. Every possession was excruciatingly long. He had his kids play back to cut off the fast break. And the Tar Heels couldn’t do a damn thing about it. They played BC’s game, and with five seconds left, they watched Reggie Jackson fire a 3-pointer over Henson’s outstretched arm. It hit every part of the rim before popping out, and Carolina escaped with a 48-46 win. Needless to say, nobody was very pleased.

Lucky for them, they do have Harrison Barnes. Wisconsin made zero halftime adjustments (Why would they?) and Roy Williams’ only move seemed to be an insistence that Marshall feed Barnes on the right wing on almost every possession. If Marshall couldn’t create, the offense would run through the star. At that time, he had just six points. He’d end the game with 20.

The high-water mark for Wisconsin came at the under-12 timeout, when they held a 36-31 lead. That was also the moment when cracks began to show in the rigorous Big Ten facade. In the next eight minutes, the Badgers scored five points, and at the same time, Barnes emerged from his shell. He scored seven of the Heels’ next 11 points to establish a four-point lead, and hit another 3-pointer put the game out of reach at 47-41 with just under seven minutes left. Or that’s how it felt, anyway.

For the record, here are the ways I’ve noticed Harrison Barnes score with any consistency:

1. Open jump shot
2. Jump shot off a screen
3. Pull-up jump shot off one dribble, usually to the left
4. Turn-around jump shot from the post
5. Two to three dribbles, back to the basket, spinning fadeaway

The game ended with a flurry of scoring and fouls (during which Carolina nearly collapsed), and a final score that still wasn’t low enough to accurately depict the pace of play. The home team emerged with a win, sure, but wasn’t this supposed to be the year when they wouldn’t have to be rescued by late heroics from Barnes? What, exactly, is different about this season?

As of today, Carolina is a collection of very good players without a true catalyst. Running the offense through Barnes is not a valid long-term solution, and Marshall’s court genius can only carry him so far in the absence of quickness. It’s all too easy for Zeller and Henson to be isolated underneath, and if Marshall can’t force help-side defenders to stop him, Carolina can forget about open 3s. They attempted just nine against Wisconsin.

The Tar Heels will play a very different kind of game against Kentucky on Saturday, but the essential riddle still has to be solved. Who’s the creator? As of now, the likely candidates seem less viable than anyone imagined.

Previously by Shane Ryan:
About Last Night: Tar Heels Bounce Back
Duke-Ohio State: The Perils of Panic
Fantasy Fantasy Football
Challenge Talk: An ACC Fan Gets Real With A Big Ten Fan
College Football Recap: The Eye in the Storm