Can We Figure Out Where Julius Thomas Will Sign by Reading His Dad’s Social Media Accounts? 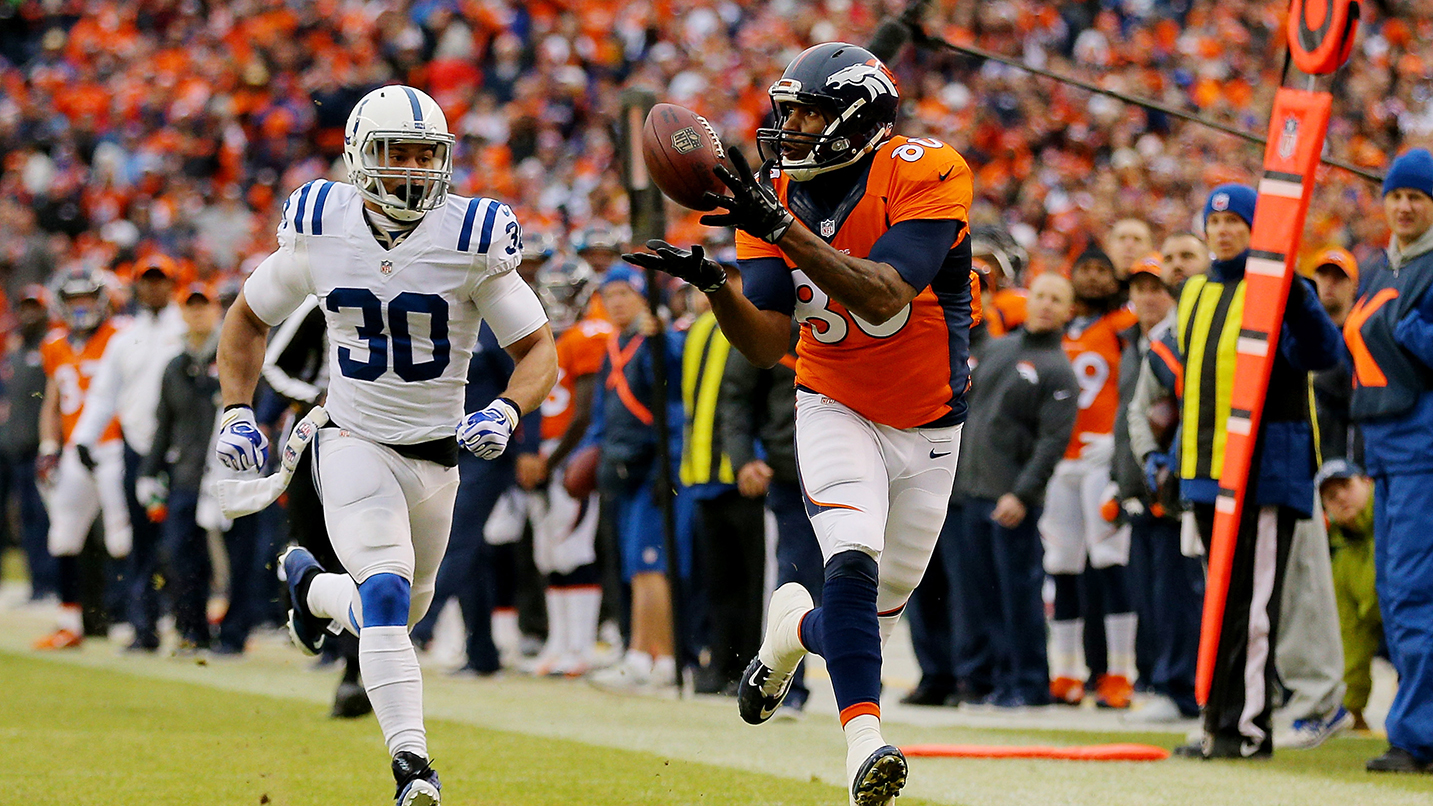 Like many Americans, Greg Thomas has a Twitter account. In and of itself, this isn’t noteworthy, but Greg Thomas is the father of Julius Thomas, and as such, his tweets are subject to more scrutiny than most — especially now that his son is about to be one of the most sought-after free agents in the NFL.

Fans of information and football alike have long been scouring @lethylg60’s glorious timeline for clues about where Julius Thomas might end up. And after looking into the matter myself, I can report with a reasonable level of certainty that he’s likely to sign with the Seahawks … or maybe the Raiders. Let’s review the evidence.

This is demonstrated by nearly all of his recent tweets, including a somewhat vague reply to Carroll about God’s role in constructing the Seahawks’ roster, which features the most cryptic ellipsis ever.

@PeteCarroll when God Is involved……

Can’t believe Greg couldn’t get a courtesy fav from Carroll for that one. It’s not like he’s a distant admirer of the Seahawks coach — he actually played for him at the University of the Pacific. They even hung out after the Broncos-Seahawks game in September.

@bobhighfill After DEN vs SEA game earlier this season. Pete; "Greg, I just don't remember you being this tall" . pic.twitter.com/JHzENWMAiG

You’re telling me that doesn’t look like a secret negotiation about Julius’s impending free agency? Wake up, sheeple.

He also doesn’t seem to harbor much affection for Peyton Manning, which is fairly significant, seeing as (a) his feelings could easily be (to some extent) a reflection of his son’s feelings, and (b) Manning is going to be the Broncos’ quarterback next season.

@PostBroncos Don't blame Fox for Elway giving Peyton the reigns and making him uncoachable, unapproachable and bigger than the TEAM.

Greg even went so far as to suggest that Manning should’ve been benched for Brock Osweiler at the end of the season, which seems like a dubious strategy for winning football games. I mean, I know Manning’s arm was shot once the playoffs rolled around, but he’s still Peyton Manning. See this:

@PostBroncos Too bad Fox didn't have the power to bench Manning. Using Osweiler would have been a great transition for Franchise's future.

So it seems like the only person Greg actually liked in the Broncos organization was John Fox, and Fox is long gone. That certainly doesn’t bode well for the chances of Julius returning to Denver.

3. The Seahawks definitely have an interest in Julius Thomas.

In fact, they apparently tried to acquire him last year.

@BobHighfill Extremely proud of both. Seahawks tried to trade Harvin for him. Pete could end up coaching father and son. 😆😆

First and foremost: That’s some top-level emoji use right there. Also, it’s reasonable to believe that the Seahawks offered Percy Harvin to the Broncos for Thomas before settling on a conditional draft pick from the Jets, and if they attempted to acquire him once, it stands to reason that they’ll do so again this offseason. Even Luke Willson’s mom would admit that Seattle has a need at tight end.

4. Greg Thomas could also see his son joining the Raiders.

Greg is rumored to comment on Broncos blogs under the pseudonym Lethylg, and just last month that user authored a screed against John Elway and Broncos fans that included the following sentence: “It’ll be totally classic to see [Julius Thomas] come back to Denver in Silver & Black and rip the Broncos and their loser fans a new one.”

Why did Lethylg say silver and black instead of blue/neon green/gray/whatever the Seahawks’ colors are? My guess is that he was just using a divisional opponent as an example because the Seahawks don’t happen to play the Broncos in 2015, but we can’t be sure. Perhaps he’s soured on Carroll since Seattle’s devastating Super Bowl loss — after all, his last pro-Carroll tweet came on January 30, two days before the Seahawks lost to the Patriots — and he’s REALLY into Jack Del Rio. Or maybe it’s just a clever ploy to get his son more money from the Seahawks. Say what you will about Greg Thomas, but the NFL would be way more entertaining if he were everyone’s agent.

How We’d Fix It: The Jets Have a Lot of Money, and They’d Better Spend It