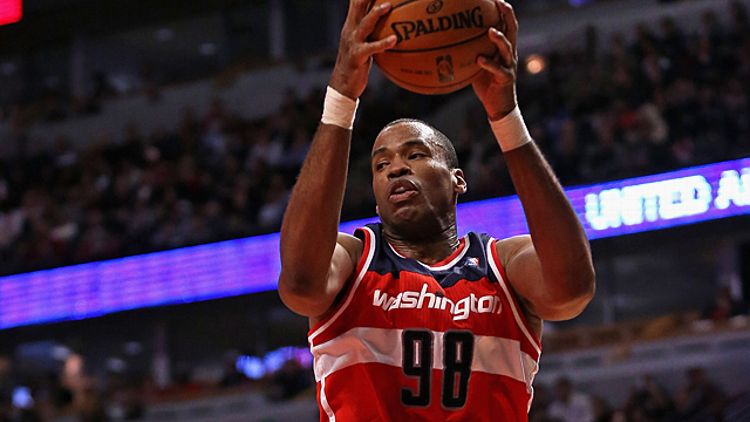 You hear the news and for five minutes you’re nothing but happy. Jason Collins came out Monday on the cover of Sports Illustrated; one of the big four American sports leagues has an openly gay active player for the first time. He wrote a brave, thoughtful essay for the magazine describing, among other things, what it’s like to be a closeted NBA player and why he’s decided to make his sexual orientation public now. Given everything we know about the role of sports in American life, and particularly in American masculinity, this is a huge deal. Assuming Collins, a free agent who spent time this season with the Celtics and Wizards, makes a roster next season, fans are about to watch an athlete whom they know to be gay play NBA basketball. Some will surely taunt him; some will cheer him. Either way, he’ll be out there. And simply by being out there, he’ll make it a little easier for another gay player to feel free to be himself, and a little easier for the world to accept him when he does. And eventually the taunters will start to perceive (dimly; let’s not kid ourselves about the taunters’ powers of cognition) that they should be ashamed of what they’re doing. And that’s how the world changes: one embarrassed moron at a time.

Bill calls Wesley Morris to discuss Jason Collins coming out as a gay athlete in a major American sports league.

So it’s good news; it’s an occasion for simple happiness, and God knows there aren’t enough of those. But we of the Internet have all become such sophisticated consumers of media that it takes only about five minutes for any cultural conversation to become confused. We have a tendency, or anyway I do, to skip past the important part of any given issue, which we usually grasp right away, and stake out positions on some knowing or contrarian periphery. So instead of spending the eternity of one afternoon going a dude did a courageous thing and I’m proud of him, we jump ahead to critical questions. Like: Would this have a bigger cultural impact if Jason Collins had averaged more than 1.1 points and 1.6 rebounds a game this season? Like: Doesn’t it seem like the way this was managed is a little too slick? Like: Whose agenda does this benefit? Trolls, and obviously a story like this is a prime bridge for them to hang a shingle under, exploit the clamor in all sorts of ways — subtly redefining terms,* feigning indifference,** trying to make the conversation about the media.*** After a while, you’d get the impression from the Internet that this is a super-complicated topic that’s screaming out for all sorts of #hottakes.

* The “How can you call Jason Collins a hero when American soldiers gave their lives on the beaches of Normandy” school of logic-baiting.
** “Why should I care if Jason Collins is gay?” Because obviously there’s no homophobia in America, right, Carl?
*** “They’ve been waiting for this!” Major dittos, Perspective Guy.

Well, everything is always complicated, and I’m not here to turn you off critical thought. Follow the money, if that’s your deal. Sometimes, though, it’s worth spending a little more time with the basic thing that just happened before you go squiggling off into the stratosphere. An NBA player just came out. If that’s not brave, why hasn’t it happened before now? To me, the most moving detail in Collins’s essay was that he wore no. 98 this season in honor of Matthew Shepard, the gay University of Wyoming student who was tortured and killed in 1998. This was a private symbolic act carried out in public. It suggests both that Collins has been thinking about what gay kids go through in America and that he spent this season getting his mind ready for this moment. In other words, whatever your angle vis-à-vis complex media metanarratives, Jason Collins is a person, and he just did something that was hard for him to do, and that thing will help other people. That’s what matters here. That’s what happened.

You don’t have to have a Nike campaign to be brave. Be proud of the guy. Be happy.

Option No. 1: The Burden on Kevin Durant After Russell Westbrook's Injury