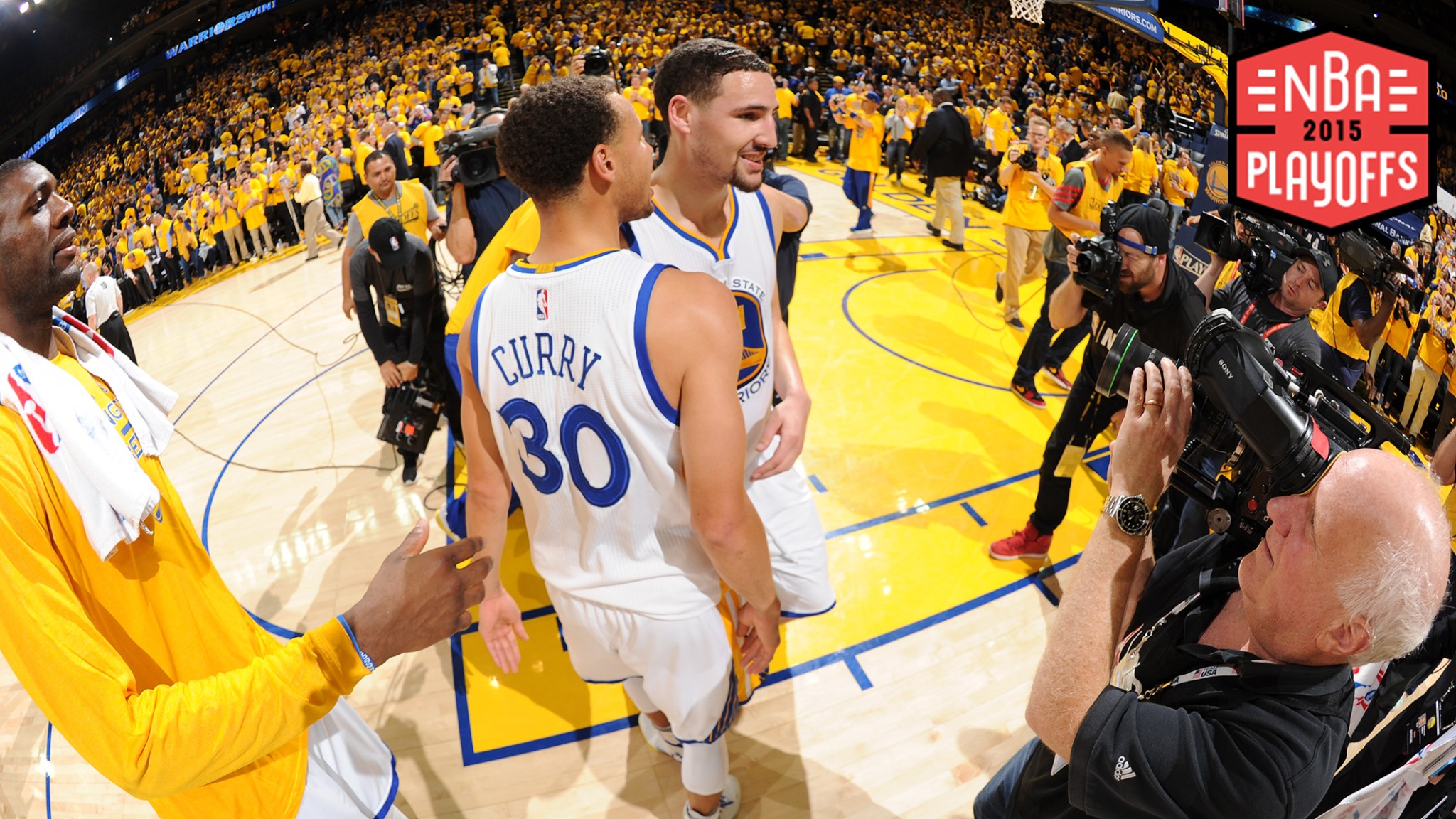 Give the People What They Want

Andrew Sharp: Earlier in the night, during Bucks-Bulls, I caught myself saying, “This has been kind of a dull first round.” Then Anthony Davis flew into my living room and dunked the life back into me.

Don’t let the final score fool you. The NOLA upset bid fell apart around 12:45 a.m. East Coast time, but not before it justified staying up late for a playoff game. I don’t care if the Pelicans have virtually lost the series. I just want to watch Anthony and Steph Curry do battle for the next two weeks.

You couldn’t find two superstars who look more different than Brow and Steph, and that only makes it more addictive, watching them take turns doing whatever they want to a defense. That’s what this series is. This is our reward for sitting through the Eastern Conference games. Sometimes it’s tiny Curry stopping on a dime to get the layup; other times it’s Brow unfolding his limitless frame and making Andrew Bogut look stupid. Either way, let’s keep it going as long as possible.

The role players were just as crucial last night. Tyreke Evans was a game-time decision, but he played 41 minutes on a bum knee, finishing with 16 points, 10 rebounds, and seven assists. Eric Gordon had 23 points, several huge 3s, and reminded the whole world that Eric Gordon still exists.

Then there was Klay Thompson lighting up the fourth quarter with 14 points, and Draymond Green taking over for Bogut to do a shockingly good job taking Davis out of the game down the stretch.

Via @ESPNStatsInfo, Anthony Davis shot 3/12 vs. Draymond Green and 5/9 vs. everyone else.

It was all fantastic. We’re watching two giants, at different points in their life cycle. Anthony Davis is learning how to be a superstar, and the Warriors are learning how to be a dynasty. You couldn’t ask for a more entertaining test for either of them in Round 1. Golden State will win in the end, but it might be possible for both sides to pass with flying colors. 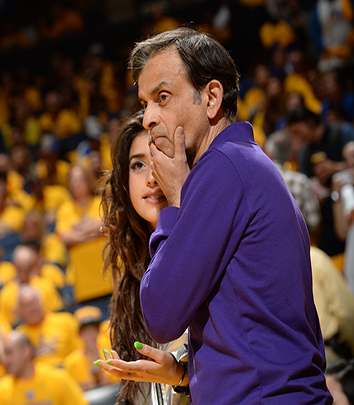 “No, I don’t know where you buy popcorn in that kind of bulk, Dad. You’re kind of missing the point of the bit.”

For Real, Though: Is Tom Thibodeau Daredevil?

Downplay the Hurt, Amplify the Fight

Danny Chau: Some of my favorite parts of the Jimmy Butler Playoff Spectacular have come in postgame. His moments at the podium have been refreshing. He jokes. He’s honest and self-effacing. “I think I took a lot of bad shots that just happened to go in,” Butler said of his 10-for-19 performance last night. He wasn’t wrong, but, playing all but two minutes of the entire game, he had more than enough opportunities to create that luck for himself.

Toward the end of the podium interview after Game 2 of the Bucks-Bulls series, a reporter asked Butler and Joakim Noah if they had any updates on Nikola Mirotic’s condition, after Mirotic suffered an apparent injury in the second half.

It might’ve been the quickest answer he’d given in the entire presser. It was reflexive, because of course it was. Butler is a Thibodeau soldier, and claiming fineness is the most basic expression in the Bulls language. Talking about the injury wasn’t important to Butler. What was important to Butler was that Mirotic retaliated against Zaza Pachulia, who had elbowed Mirotic in the head on one possession, and who then got into a skirmish with him on the floor not long after. Never mind that the injury occurred in an earlier possession that didn’t involve Pachulia, or that Pachulia has bone density like diamonds and one of the largest skulls in the game.

Downplay the hurt, amplify the fight. Butler answered the question as tweets began trickling in from beat reporters that the Mirotic injury might be more serious than what was let on. None of this was scripted, but after four years of Tom Thibodeau’s tutelage, that culture becomes second nature. Bulls PR informed reporters that they’re looking at a left quad strain for Mirotic, which sounds much less severe than the initial freakout expressed on Twitter. Maybe Butler was right. Maybe he is fine. But I’m not native to the Bulls language. What if “fine” doesn’t mean what we think it means?

Passion of the Mike

Bred to a Harder Thing Than Triumph 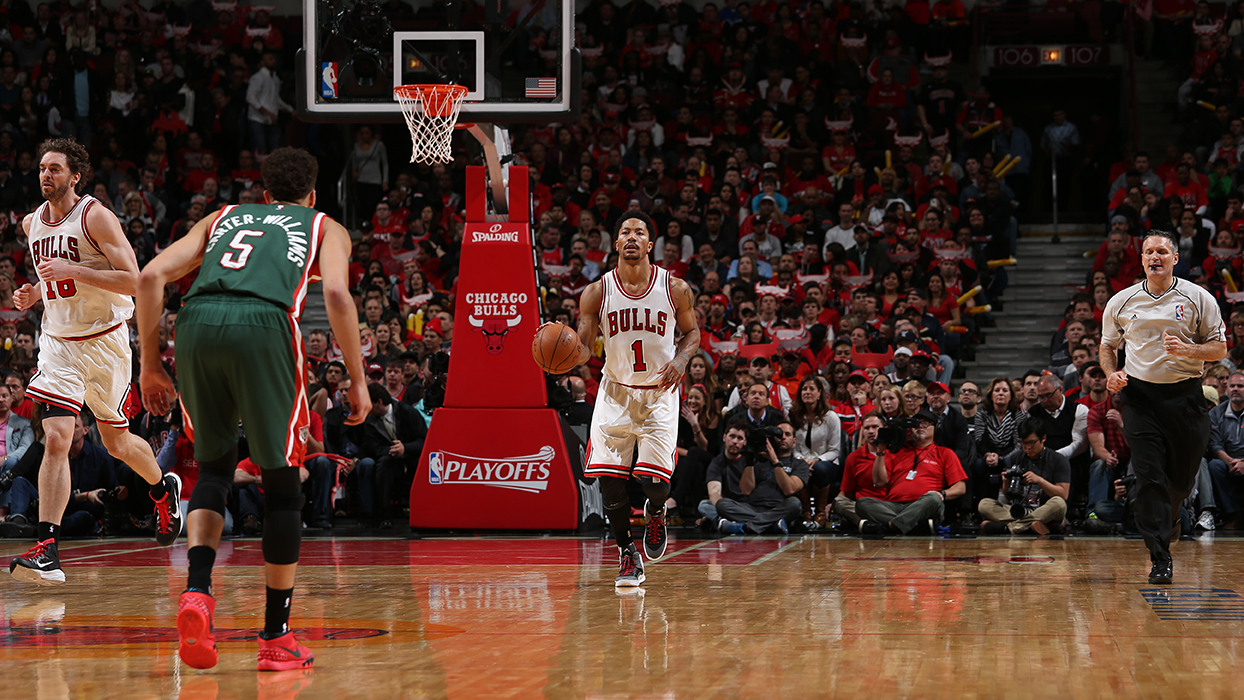 Brian Phillips: It’s not often easy to tell what Derrick Rose is feeling. His face is an aristocratic mask, not precisely stoic — there’s too much pride, too much resolve, plus that glimmer of contempt for opposition that makes it impossible not to believe in him even now, after everything — but almost. Shakespeare has a line about people “who, moving others, are themselves as stone”; Rose is like stone. He’ll bring down an arena and not even widen his eyes. Whatever’s churning inside him, it’s for him, not you. Even when he lost it a little at that Adidas unveiling in 2012, months into his first major injury rehab — months seemed like a long time then — he was aloof. Tears streamed down his face, but he only hunched over and covered his eyes. The tears were his. You got the hand. You got stone.

Because of this deep impassiveness, it can be hard to appreciate how truly horrible Rose’s injury crises have been since his first ACL tear — and actually even before that; everyone remembers him being helped off the court in that playoff game against the 76ers, but he’d already missed nearly half that year. Since then, he’s sat out an entire season (2012-13), shredded his knee meniscus 10 games into his comeback and missed the remainder of that season (2013-14), torn the same meniscus (this year), had surgery every season when he actually appeared in a game, and spent the larger majority of his early prime as a basketball player just trying to get back on a court.

Everyone knows that about Rose. (If you don’t, Powerade has your refresher.) But his near-stoicism makes it hard to approach the question of: Holy shit, what has this been like for him? I mean, can you imagine? Winning the MVP as a 22-year-old and then seeing it all go up in pain and smoke? We all know being a top-tier pro athlete is hard work, but it’s hard work that comes with regular hits of competitive adrenaline, with crowds screaming your name. Rose has spent literally years laboring for no audience, not knowing whether he’d ever make it back or whether, if he did, he’d be able to slash, leap, twist, and stretch at the same level as before.

You were one of the best in the world at something, and then it was maybe just gone. How do you not despair in that situation? How do you keep the focus you need to stay in shape, to do your rehab, to wake up every morning still believing in the future?

He didn’t quite look like the old Derrick Rose last night, with 15 points after a shaky, out-of-sync start. He got in his own way, jumping around trying to make things happen. He’d looked better in the game before — good enough to get people excited, if not quite like the flashing rapier he was four years ago. When Thibodeau took him out late in the third quarter of Game 2, the camera kept cutting to him riding an exercise bike to stay warm; this was around the time Jimmy Butler started romping all over the game. Rose looked, as usual, completely self-contained, completely expressionless, pedaling away in a warm-up top, and I thought, How can he possibly stand this? And this line from Yeats ran through my head: “Bred to a harder thing than Triumph.”

I don’t know if that makes any sense. I don’t know if he’s on his way back or if this is just his 1,250th false start. But Thibodeau sent him back onto the floor in the fourth, and with 54 seconds left, he sank a 19-foot jumper that definitively ended the Bucks’ chances of catching up. He’d stumbled with the ball when he caught it. Then he found his balance, found the range, and trotted away with a little shake of his head.

It looked easy. If Rose has his way, we’ll never know it wasn’t.

The Last Ride of the Spurs Dynasty