Andrew Wiggins vs. James Harden: Can We Please Have This for the Next 10 Years? 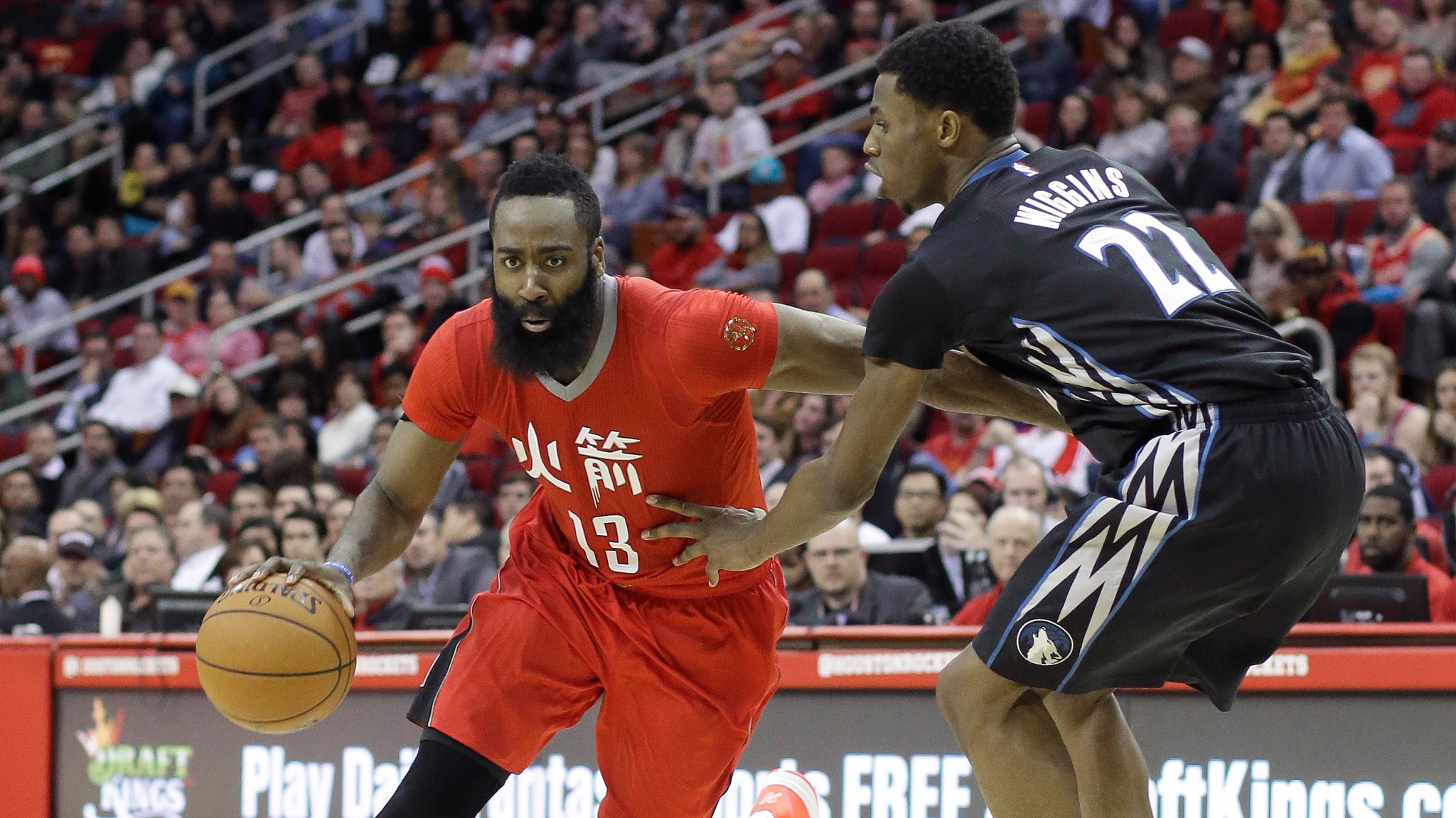 Since we’re getting low, keeping our feet shoulder width apart, helping and funneling, and chanting DE-FENSE today, why not celebrate the best moment of individual stinginess from last night’s NBA action: Likely rookie of the year Andrew Wiggins put possible MVP James Harden in a safe-deposit box and then threw the key off a bridge into an icy river.

The Wolves wound up losing the game to the Rockets, and Ricky Rubio lost the right to show his face in the greater Houston area for the duration of the Obama administration …

But the game was not without its silver linings for the Wolves. In the fourth quarter, this happened:

First of all, James Harden, this is you:

Somewhere in heaven, Bob Fosse is lighting an unfiltered Camel cigarette in honor of Wiggins’s footwork here. You can see Gorgui Dieng hedge toward the lane to help, but then he heard something on the wind, whispered by the gods:

This matchup, this play: This is why I watch hoops. Thunderdome. For as much as I think he is basically the basketball equivalent of a card cheat, Harden’s offensive gifts are very obvious and distinctly modern. And in Wiggins, he has a worthy opponent, someone who can match him step-for-Eurostep. Harden is 25. Wiggins is 20. We could feasibly be watching these two face off for the better part of the next 10 years. We should only be so lucky.