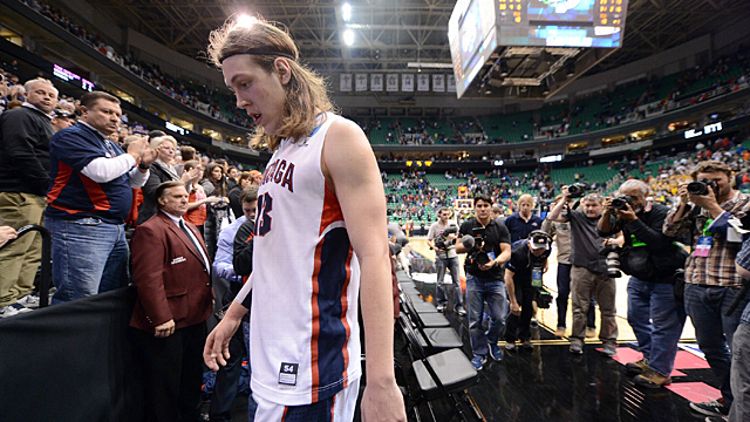 I am sick of the rage. I am sick of the anxiety. I am sick of inferior college basketball teams coming together for triumphant wins, or superior ones falling apart for ungodly losses, when I have clearly filled out my bracket to indicate that it should have been different. This is a mockery, and we are the innocent targets. It must stop.

The audacity of certain teams to rise past their stations in the postseason is a blight on the sports landscape. Ditto for the underachievers. How dare they? And how dare the NCAA? Of all the complaints I’ve heard about that organization, the fact that the bigwigs in the front office continue to condone a single-elimination tournament in college basketball is by far the most egregious. Why have we tolerated this format for so long? Why should we even make picks when the entire tournament is so unpredictable? We’ve been trained like clowns to make fools of ourselves, and our circus is the bracket. And the ringmaster is the selection committee. And the company that employs us all is the NCAA. And the circus tent is the basketball court, I guess, but it doesn’t matter.

Don’t get me wrong; I’m in favor of “March Madness.” But only when it’s clean and orderly. The current incarnation of the college basketball postseason is the worst abomination in modern sports, and it should be abolished in favor of a five-month playoff system — which I will outline in a moment — that brings us a true champion. 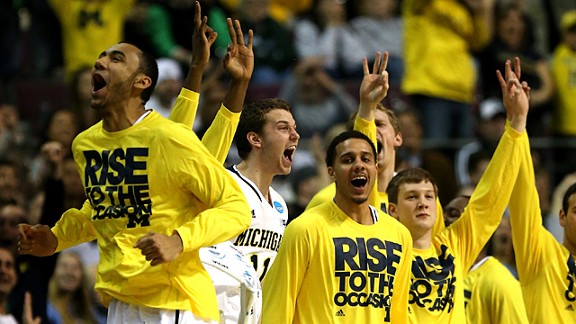 First, I’d like to tell you about my Friday night. I was feeling extraordinarily healthy, and a quick check of my oxygen count confirmed that my circulation was excellent. Earlier that week, I had told the world, or at least the world of Grantland readers (and if you’re not reading Grantland, what are you even doing?), that the Mountain West Conference was overrated. I had also told those readers that the Atlantic 10 was a dangerous mid-major, with teams that would lay waste to the BCS schools in their path and even one very special team, the Virginia Commonwealth Rams, that would go to the Final Four.

How did I know?

Research. Research and instinct — the kind that was honed from an entire season of watching games from multiple conferences. Or at least browsing the recaps the next morning, if I had sci-fi book club, modern dance class, or was just in the mood to take a Tylenol and lie on my couch listening to nature music at night.

Over those first two days, all my predictions came to pass. Three of the five Mountain West teams fell in the Round of 64 — including New Mexico, the most presumptuous of the bunch — and the last two were on death watch. But the A-10? Undefeated at 6-0, with all five teams just a game away from the Sweet 16.

You can imagine my horror when I came home from a solo bagel crawl on Saturday morning, bloated with gluten (it’s my vice), to discover that the VCU Rams were trailing the Michigan Wolverines by double digits in a game they would go on to lose, 78-53.

They had done it again. The NCAA had ruined another season.

I didn’t wait a second longer. I fought through my wheat fatigue to tear my bracket into tiny pieces and scatter them on the lawn outside. (I live in a managed apartment complex, so I knew somebody else would clean it up eventually.) But my desire to tear brackets wasn’t sated. Luckily for me, my friend Ferdinand had been watching the games with me the night before, and had left his backpack on the Tibetan rug in my entryway. I feverishly unzipped it to look for his bracket. No luck, but I found some other papers inside, so I tore those up, too, and dumped the pieces on my front lawn. I can’t be blamed for my actions, or for the fact that Ferdinand’s papers turned out to be personal correspondence with some emotional value. Now he won’t talk to me.

But I won’t apologize, to Ferdinand or the angry maintenance people. I put my heart and soul into that bracket, and I was betrayed. Everything made sense on Thursday and Friday, but the weekend results were a plague on rational thinking. Maybe some people can accept that and turn the other cheek, but not me. So I reacted. I’m not a hero, but I’m not a coward, either. There are still some people who will take action in this country, and I’m one of them.

It was one thing to screw up a whole sport with your flawed playoffs, NCAA. But now you’ve ruined a friendship. How much are we going to take, America?

And of course things got worse. Over the next two days, every single Atlantic 10 team except La Salle — a French trade school, I’m guessing, from the upstate New York areas bordering Quebec — lost. This came after a cocksure bunch of vulgarians from Florida Gulf Coast University appealed to our base desires by dunking the ball over and over in an offensive display of disgusting impudence, defeating on Friday a measured, steady Georgetown team that is routinely victimized by this awful tournament. Everywhere I looked, travesty and farce.

I won’t pretend that nothing went right; Aaron Craft took a heroic charge with the Ohio State–Iowa State game on the line, proving that there is some sense of fairness in the universe. Marquette beat Butler and that annoying upstart Brad Stevens, which was also uplifting, and a hero referee reversed an out-of-bounds call that would have given Illinois a chance to beat Miami. Those moments proved that college basketball still has hope. In general, though, my bracket was ravaged by injustice.

After destroying Ferdinand’s letters, I passed out in a bagel coma and dreamed of a world where the college basketball postseason was fair. 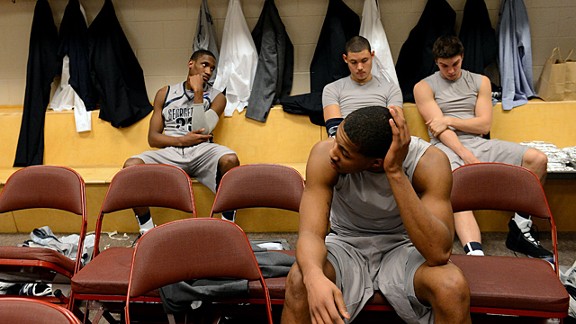 Here’s what I saw in my dreams. You can consider this my proposal to the NCAA, which should be adopted in time to stop the Sweet 16 from happening:

1. The season starts in late August. It’s only a matter of time before someone powerful condemns the brutality of football and makes the game illegal, at which point it will become a sport that takes place in backwoods barns, like cockfighting. We will need something to take its place. Why not jump ahead of the curve and start now, before hockey becomes rampant?

2. The first two months will be regular-season games, conference only. Out-of-conference games only confuse and muddle the standings, and aren’t fun to watch. In 60 days of regular-season play, we should be able to schedule 45 conference games. Currently, college players are on a cushy two-games-per-week schedule, which is a disgrace. There’s no reason for us to coddle them like we’re indulgent parents. No more free lunches; it’s time for them to actually earn the money their schools make.

3. Starting on November 1, the top 256 teams will be seeded and placed in a bracket. I know what you’re thinking: That was in the Buffalo Wild Wings commercial. Yes, that was my inspiration. I imagine the idea was used for humor in that particular spot (I have trouble understanding and identifying humor), but just like the ad in which sprinklers pop up randomly on the field at NFL games, it turned out to be a great idea.

4. Unlike the current tournament, though, every round will be a best-of-11 format. I gave some thought to best-of-seven, but to be frank, I haven’t been pleased with some of Major League Baseball’s results in recent years, and it’s become obvious that seven games isn’t enough to determine a true winner. So 11 it is. Each round will take about two weeks, and the entire postseason will take about four months, ending by March 1.

5. In March, after a champion is decided, we will hold the conference tournaments. Think of the drama — can someone beat the national title winner? Can the team that was upset in the Round of 128 storm back to win a conference crown?

Trick question. There will be no upsets in the Round of 128, because of the best-of-11 format.

(Note: The conference tournaments will be single-elimination to make things more exciting.) 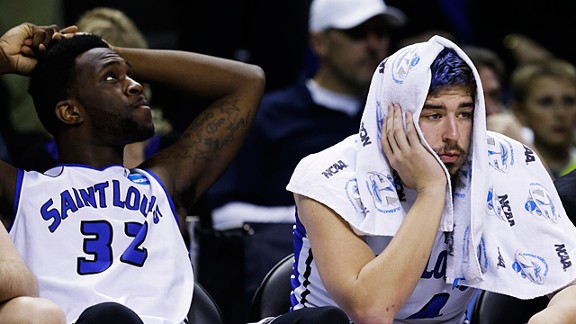 I’ve already submitted a petition to Congress and President Obama, and I encourage you to sign it online.

That’s the first step. But we all know what politicians are like. Until we create a visual spectacle, they will ignore us. So today, on the 25th of March, I ask you Grantland readers to burn your brackets. Be careful, of course. I didn’t want to singe my Tibetan rug this morning, so I burned my second bracket (I always keep an extra, in case of thieves) near the trash can outside the maintenance shed, and was brutally chased back to my apartment by a group of thugs. But I’m willing to suffer for my beliefs, just like the patriots who came before me, and I hope you’re ready to do the same. If enough of us make our voices heard via fire, we will overturn this tyrannical system and restore some dignity to the sport. There’s still time.