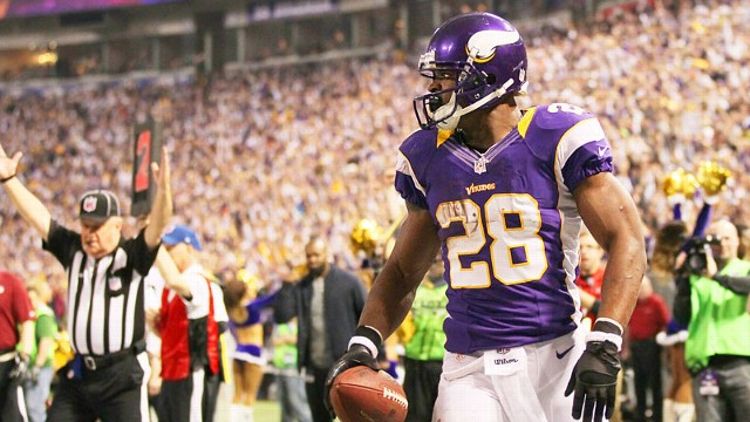 Early this morning, the Minnesota Vikings released a seemingly blas&eacute statement not atypical for this stretch of the NFL calendar. “Adrian Peterson had a surgical procedure done today by Dr. William Meyers, in Philadelphia, Pennsylvania. Dr. Meyers was able to successfully repair Adrian’s abdominal core muscle injury (sports hernia). We expect a speedy recovery with no long-term concerns.” Our question: No long-term concerns for whom?

Apparently, this was an injury suffered in Week 10, meaning Peterson gained 1,068 yards after getting hurt. Let’s forget for a second that Peterson was actually injured while exploding Packers defenders in Week 17 and get to what this is really about: Adrian Peterson should no longer be allowed to have surgery for any condition that isn’t life-threatening. Last season is proof that Peterson is Wolverine. His DNA resembles the rest of humanity’s only tangentially, and using medical science to accelerate his already accelerated healing compromises the integrity of the league. When Adrian Peterson runs for 4,000 yards next year and disintegrates Brian Urlacher Dr. Manhattan–style, we’re all going to wish we took a stand against this.

Kobe's Reaction to Everything Dwight Howard Has Said in the Past 24 Hours, Through Surrogates