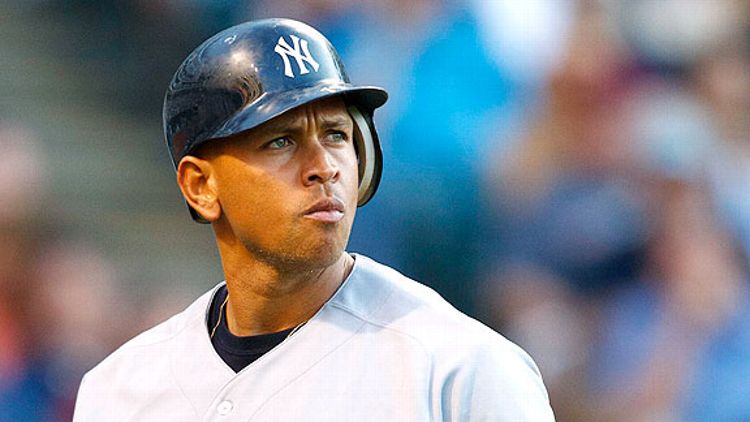 Would anyone legitimately be surprised if this story was true? Of course A-Rod would play in illegal poker games! That’s what dudes do, right? If A-Rod has seemed desperate to convince us of one thing over the years, it’s that he’s just another average good dude. Yeah, he’s making millions of dollars and dating Cameron Diaz, but those are minor details. At the end of the day he’s just another bro trying to get by, and like the rest of us, he likes to unwind with the occasional hand of hold ’em.

Unfortunately, when A-Rod tries to present himself as just another guy, the results always seem a little off. It often feels like he’s taking his “normal dude” cues from those outdated magazines you find in doctors’ waiting rooms. “Poker is the hottest thing in America, and Madonna’s the world’s sexiest woman. Now, let’s hurry home before Arsenio comes on!” Given the rest of his public persona, it seems plausible that A-Rod is not so much a degenerate gambler as he is a guy trying to act normal. (Or his idea of it, anyway.)

Still, it’s easy to see why Major League Baseball would get its hackles up over gambling allegations in the post-Pete-Rose era. If they turned out to be true, would it really be a major crisis if A-Rod playing a little five-card stud? Or even a minor one? It’s not like he was allegedly betting on sports. Sure, it’s mildly conceivable that he could someday end up so far in the hole and consider throwing a game in desperation, but only in the same way you might leave the house to buy a Powerball ticket and end up being eaten by a hippo. It’s theoretically possible, but arriving at that outcome would require an unthinkably circuitous chain of increasingly unlikely events.

For A-Rod, allegedly dropping “a few thousand dollars” in a poker game is like an actual normal dude leaving a just-as-illegal game at a buddy’s house 20 bucks poorer; it’s irritating but not the sort of apocalyptic personal-finance crisis that would make one the pawn of bookmakers.

That’s not to say that nobody should investigate these allegations, though. The New York Yankees’ slugger playing in illicit, drug-addled poker games with Spider-Man? It’s a scenario straight out of a fever dream — and it’s delicious. We need more amusing details. Forget trumped-up moral and legal quandaries. Here’s what we really need to know: what kind of poker player is A-Rod?

Is he that annoying guy who uses his giant bankroll to stay in hands he has no business playing, occasionally and infuriatingly hitting a gutshot straight draw on the river? When A-Rod wins a hand does he do a bad impression of John Malkovich’s bad impression of a Russian accent in Rounders? Is he the guy who thinks constantly peppering the table with needling chatter makes him the home-game equivalent of Mike Matusow? Does he nod knowingly whenever he hears Kenny Rogers’ “The Gambler?” These are the questions that need answering.

At least one thing seems certain: A-Rod must have history’s greatest poker face. He hasn’t looked convincingly happy once in his baseball career. If anyone made Athletes Who Perpetually Look Like They Want to Cry power rankings, A-Rod would trail only Eli Manning. Rodriguez would only seem marginally less lively and more stilted if he were carved out of wood. These same qualities that alienate him from fans would potentially make him the world’s toughest read at the poker table.

In a perfect world, A-Rod would publicly embrace poker. He’s already got his World Series ring, now put him with the big boys and let him chase a World Series of Poker bracelet. If nothing else, it would be captivating to see how many hands would play out before Norman Chad started questioning A-Rod’s decision making in the clutch.

Previously from Trex:
Lockout Watch: ‘Billy Hunter is a Downer’ Edition
‘I’ll See You in Court’ Edition
The NFL’s Most Interesting Man?

Filed Under: Alex Rodriguez, The Gambler