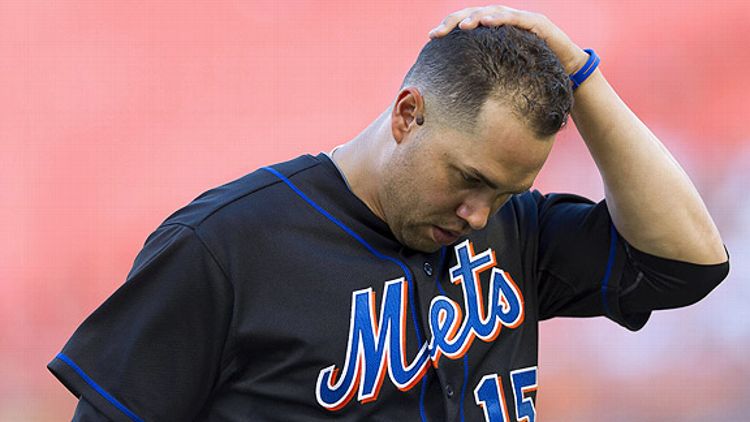 So, Wednesday wasn’t a bad day for baseball fans.

Baseball nerds often use the phrases “Flags Fly Forever” and “There Is No Such Thing As A Pitching Prospect” (or TINSTAAP). The first expression refers to the importance of seizing the moment. It’s a good rule to live by in baseball; if you have a chance to do something big, do it. TINSTAAP isn’t meant literally, but you’re generally better off betting the under on a minor league pitcher’s future. There’s injury risk and the threat of lost velocity to consider. Pitching prospects are time bombs, and should be treated accordingly.

Given those two pillars of baseballdom, trading a 21-year-old A-ball pitcher for a six-time All-Star in the midst of one of the best years of his career would seem like a total no-brainer. The Giants lead the NL West by three games with a sparkling 60-44 record. But they’ve also been incredibly lucky.

The Giants’ hitting has been, as my French-speaking childhood chums in Montreal would say, le suck. They rank second-to-last in the majors with a wRC+ of 83 — only the lowly Mariners have been more impotent. Aubrey Huff’s been a disaster from the moment the Giants re-upped him for two years, $22 million. Miguel Tejada, who was terrible and old last year, is even terribler and older this year. The outfield has been shaky, too. Andres Torres took a big fall after a huge 2010 season, Aaron Rowand has continued to be awful and Pat Burrell has been playing worse defense than this kid. Beltran has been one of the best hitters among all outfielders this season, and still plays a passable corner outfield. He should be a great upgrade for a team trying to repeat as World Series champions, and he might be the best player to change hands at the trade deadline.

On the other hand, Wheeler is a beast of a pitching prospect, striking out more than 10 batters per nine innings, with a thumbs-up from scouts for great stuff to boot. Beltran, meanwhile, is a 34-year-old Mister Glass — still a great player when healthy, but staying upright for the first time in three years. He’s also a free-agent-to-be whose contract stipulates he can’t be offered arbitration. That means at the end of the season, the Giants get nothing for their trouble. Flags may fly forever, but there’s a real risk that the Giants don’t get theirs, and that five years from now, the Mets will have their most electrifying pitcher since a healthy Johan Santana.

… he’ll pick your pocket if you do. The Toronto Blue Jays’ general manager continued his streak of jaw-dropping deals, pulling off a trade for 24-year-old Colby Rasmus that might involve more than a dozen players when all is said and done.

Rumors had swirled that the St. Louis Cardinals were fed up with Rasmus (and vice versa). Subsequent rumors suggested the Chicago White Sox might acquire Rasmus for a package headed by Edwin Jackson. What did Anthopoulos do? He nabbed Jackson (along with expensive throw-in Mark Teahen) for solid relief pitcher Jason Frasor and Zach Stewart, a fringe starting pitching prospect who might end up in the bullpen himself. Then he turned around and shipped Jackson, fringe starter Marc Rzepczynski, Octavio Dotel and Corey Patterson, and either three players to be named later or cash, for Rasmus and three crappy to quasi-useful bullpen arms (Trever Miller, Brian Tallet and P.J. Walters).

Anthopoulos & Co. are working on rebuilding a farm system stunted by years of lousy drafts. To do that, they need to take chances. Sometimes big chances, sometimes on players with dickish reputations. They made a deal with the Atlanta Braves last year that included several parts, but boiled down to trading Alex Gonzalez for Yunel Escobar — a superior player nearly six years younger. Anthopoulos gambled on the young, cheap shortstop, though some contended he was a giant pain in Atlanta. The risk paid off. Escobar’s been phenomenal this year, hitting .310/.389/.447 and playing slightly-above-average defense. Anthopoulos made a good situation better by locking up his star shortstop at a discount rate of two years, $10 million (plus two cheap club options).

Rasmus is Escobar, except four years younger, more talented, and with an annoying stage dad. By all accounts, Cardinals manager Tony La Russa had grown tired of Rasmus and his vocal, meddling father. Did Rasmus play poorly because La Russa is a my-way-or-the-highway guy, or did Rasmus’s poor play piss off his very successful manager? Probably a little of both. La Russa has been right in the past on players he wasn’t fond of, and he might be right again this time. Jackson is a great snag for the contending Cards, enjoying the best season of his career with a 3.21 FIP. Jackson and Dotel could return a couple compensation picks at year’s end, and the Jays might end up giving up some real value in those players to be named later.

But Toronto gets the real upside here. Rasmus is talented enough and young enough to make future stardom a real possibility. The trade is already a big win for Anthopoulos based solely on how little he gave up and how much he stands to gain.

Remember that this is the same guy who got an All-Star-quality shortstop cheap and signed him cheaper. He dumped $81 million of washed-up Vernon Wells, then signed the best hitter on the planet for one more year at $16 million less. Anthopoulos signed a bunch of random relievers for nothing, then parlayed them into one of the most desirable commodities on the trade market. We might have to rewrite the story of the Toronto Blue Jays. Chapter 1 will tell the tale of the GM who scares the bejeezus out of every other team in baseball.

… Ervin Santana pitched a no-hitter Wednesday. Pretty crazy day when that is an afterthought.