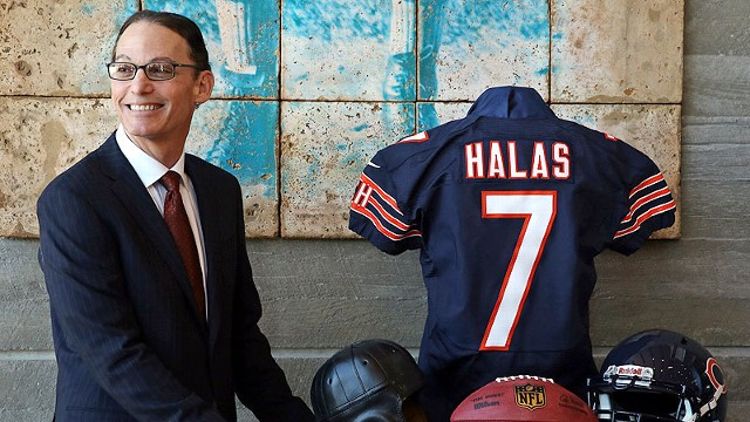 As is the case with many head-coach firings, the reason the Bears parted ways with Lovie Smith in December wasn’t because he’d done an inadequate job. When Smith came to Chicago in 2004, after three seasons as the defensive coordinator in St. Louis, he was assigned the job of restoring a franchise with a storied defensive history to its previous heights. For the most part, he was successful. In Smith’s nine seasons, the Bears finished in the top 10 in defensive DVOA eight times. Twice, they were tops in the league by that metric, but I’d argue taking a Rex Grossman–quarterbacked team to the Super Bowl in 2006 makes that year’s second-place DVOA finish more impressive.

The problem is that Lovie Smith was not a defensive coordinator. A defensive head coach’s responsibilities include keeping his offensive house in order, and that was something Smith could never get right in Chicago. Terry Shea turned to Ron Turner turned to Mike Martz turned to Mike Tice, and because the offense never caught up to the defense, it eventually cost Smith his job.

Chicago’s culture of defense isn’t just a product of Monsters of the Midway lore. It’s organizational, and it has been for some time. In the past 30 years, the Bears have had four head coaches: Mike Ditka, Dave Wannstedt, Dick Jauron, and Smith. And while that did land the Bears two of history’s better mustaches, it provided little in the way of offense. The last three took the job after stints as defensive coordinators (Wannstedt in Dallas and Jauron in Jacksonville), and I don’t dare besmirch Da Coach, but I’m pretty sure the ’85 Bears didn’t win a Super Bowl because Ditka was an offensive mastermind. Since Wannstedt was hired in 1993, the Bears have finished in the top 10 in offensive DVOA exactly once. In 20 years. The reasons for this go beyond the head coach — it’s also thanks to this list — but there’s still something about having the most important voice in the room be the one saying your team wants to “get off the bus running.”

The 2013 Bears won’t be getting off the bus running, and they won’t be getting off the bus doing seven-step drops, either. Chicago’s hiring of former CFL coach Marc Trestman as Smith’s replacement is the team’s first foray in some time into something resembling offensive modernity. Gone are the slow-developing, get–Jay Cutler–killed pass plays of the Martz era, now replaced with a new West Coast system that would appear to serve the Bears where they need it most.

Since Cutler came to town in 2009, offensive line has replaced quarterback as Chicago’s biggest need on that side of the ball. The Bears addressed that issue in free agency (by signing two solid, if unspectacular, starters in Jermon Bushrod and Matt Slauson) and through the draft (first-round pick Kyle Long is expected to start at right guard), but keeping Cutler clean is also an inherent part of Trestman and offensive coordinator Aaron Kromer’s plans. When Trestman arrived in Montreal, the Alouettes saw a significant drop in sacks allowed, even without a major change in personnel, and Kromer brings his inside-out theory of pass protection, which helped make Drew Brees the least frequently sacked quarterback in the league in two of Kromer’s four seasons as the offensive line coach in New Orleans.

Last year, Chicago’s two biggest problems on offense (aside from the line) were a lack of a middle-of-the-field receiving threat and a lack of Matt Forte as a member of the team’s passing game. The first issue was taken care of in free agency, when the Bears signed Martellus Bennett to replace Kellen Davis, who was nothing short of abysmal as a receiver. The second doesn’t figure to be a concern again. Forte has already said that Trestman plans to use him much more as a receiver, and considering he’s proven to be one of the best pass-catching running backs in football over the course of his career, that only makes sense. Brandon Marshall won’t likely be getting the 194 targets he did a year ago, but that’s actually a good thing. A healthy, second-year Alshon Jeffery and more Earl Bennett are pieces the Bears offense needs, and with Trestman, they’re likely to be more involved.

Where the Bears’ offensive hopes rest, though, is where any team’s do — with the quarterback. Early in his Bears career, Cutler had a litany of (justified) excuses for why his play didn’t stack up to what he’d done in Denver. His offense lacked weapons, his protection lacked existence, and his offensive coordinator lacked his respect. Trestman’s hiring is the final piece of remedying each of those.

Earlier this spring, the Bears made it known that an extension for Cutler isn’t yet in the works, and at this point, it probably shouldn’t be. Trestman has said that he’s intrigued by Cutler, as anyone interested in coaching quarterbacks would be. He’s a fascinating collection of raw material, and considering football coaches aren’t a group lacking in ego, the ability to make him into the player the Bears envisioned would be the ultimate prize for any offensive coach. But right now, he isn’t there, and the Bears will wait until he is (or can be) before shelling out Tony Romo money for him. What’s encouraging for both Cutler and for Bears fans is that this year — with Trestman, with Marshall, with Forte, and with this line — is the first year he actually has a chance.

Derek Jeter's Diary: We're Not Even Talking About That A-Rod Thing