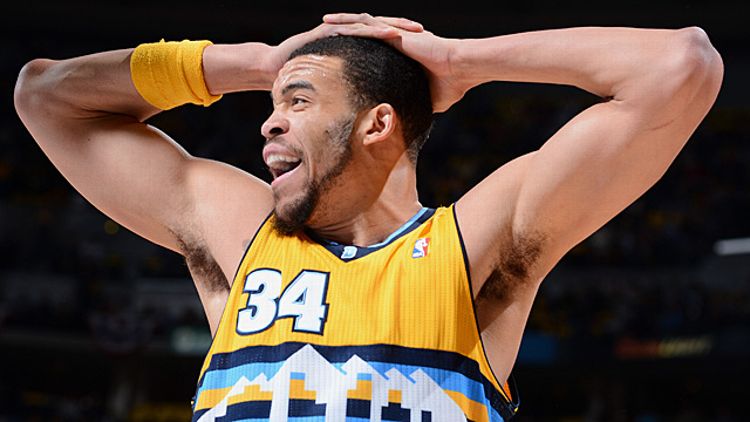 “JaVale enjoys Cinematography.” That’s an actual line from Denver Nuggets folk hero JaVale McGee’s biography, taken from his recently relaunched website, JaValeMcGee.com. The line is found in the section of McGee’s bio titled “Philanthropy.” Because JaVale McGee’s mere existence is a charitable donation to the world.

Do you guys remember when we had that post on the Triangle about who would be the next JaVale McGee? What were we thinking? There will never be another JaVale McGee. Here are some nuggets from the Nugget big man’s bio:

• Shane Battier’s name is spelled “Shawn Battia.” This the only acceptable spelling of Battier from now on. Update your records.

• “On March 15, 2012, JaVale McGee was traded to the Denver Nuggets. In game 5 of the Western Conference playoffs, the world was experienced the multi-faceted game of JaVale McGee.”

• You need to get familiar with the network of organizations and initiatives under the McGee umbrella. There’s JaVale McGee’s Children’s Portfolio Fund, which definitely sounds like something that would fund the activities of Bane. He also has Pierre Entertainment LLC, which “creates movie shorts, and different development projects.”

I am going to take the fact that JaVale McGee enjoys cinematography and cradle it like a newborn baby. Can you imagine if JaVale shot films the way he plays basketball? Like, if he were the directory of photography on Inception, and right when Christopher Nolan called action on the incredibly complex Joseph Gordon-Levitt/zero-gravity hallway fight, McGee was like, “Cool!” then pointed the camera at the ground and ran off the soundstage … that would be great. Below is a short film from the house of Pierre. Only 39 more days till we get to watch this unicorn again.

Best of Grantland Sports Podcast: The Chiefs, The A's, and the Soccer