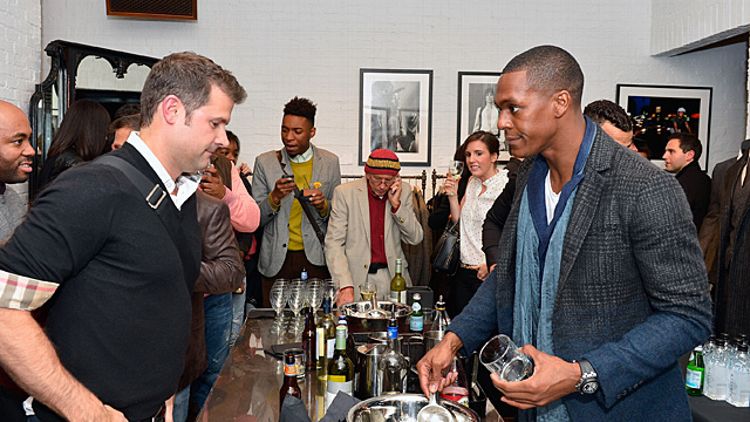 Derrick’s back, and Russell’s gonna be back (eventually), and Kobe will be back as soon as he gets done sacrificing a barrel of kittens to Marduk, the great healer of Babylon. But if I’m being honest, the player I’m most excited to see return to the court is Rajon Rondo.

The last remaining player from the 2008 Finals-winning team is Rondo. And with the Big Three totally dismantled, this is, finally, his team, provided he comes back healthy. And provided Danny Ainge doesn’t trade him for Greg Monroe at the deadline.

How is Rondo feeling about all this? He is feeling very Rondo.

On the departures of Pierce and Garnett: “They’re not the first teammates that I’ve been close to who have been traded away.”

On Brad Stevens: “Me and Brad have become best friends.”

We’re going to be talking about tanking a lot this season, but an underrated component of tanking is this: How entertaining can you be while still Riggin’ for Wiggins? As long as the Celtics have the notoriously media-averse Rondo doling out the droll comments, they are going to be just fine. They’re going to be truly awful, but they’ll be fine.

I just really like the vibe from Boston these days. Brandon Bass is taking swimming lessons (this is actually an awesome story) …

… Rondo is hosting team meals (“It was just overall a great dinner, and everyone loved the menu I picked out. We had a little bit of everything on the menu, and I think Jared [Sullinger] ate the most”) … Jordan Crawford is talking about Stevens’s swagger levels (“it’s just exciting. You’ve got a new coach who just wants to come in and win. He’s all about winning. He doesn’t really know the NBA swagger yet for coaches and players, so he’s just coming in to work”) … and, lest we forget the new additions, there’s apparently a pic hanging on a wall in the Celtics locker room that asks players who would win in a fight between Rondo and newcomer Kris Humphries (the voting is apparently even) (I don’t know how I feel about that). Great!

Rondo doesn’t seem like he’s in a particular rush to get back, but when he does he will be returning to a Celtics team totally unlike anything he has experienced before. No Doc, no KG, no Pierce, no dreams of contending for a title. I can’t wait to see him back on the court, doing Rondo things …

And I can’t wait to hear him, off the court, saying Rondo things …

But most of all, I’m excited to watch this next chapter of Rondo, the Celtic, unfold. He might very well be running the point for Utah by Valentine’s Day, but I truly hope not. Despite his name being bandied about in trade rumors for years, this is, for now, his team. I can’t wait to see how that looks.