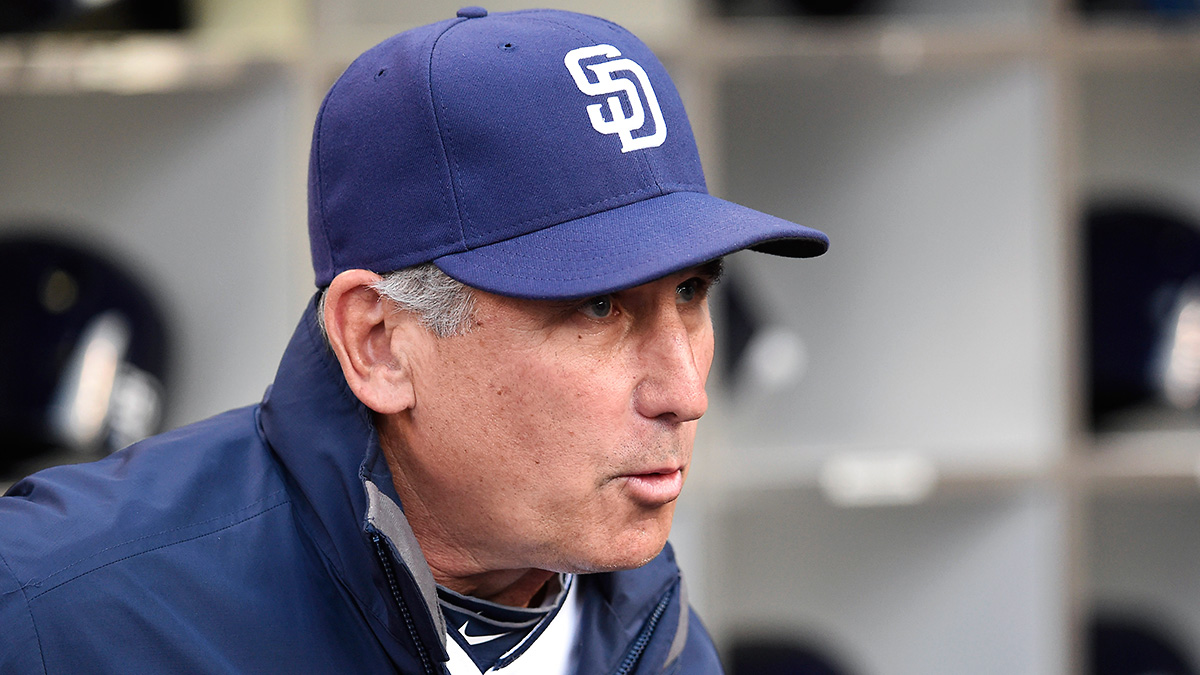 If you placed a preseason bet on Bud Black to be the first major league manager fired, the Brewers’ Ron Roenicke robbed you of what would have otherwise been a five-to-one payout on Monday, when the Padres parted ways with their longtime field leader. But there’s a reason Vegas saw Black, who in more than one way was the ultimate managerial survivor, as the third-most-likely skipper to get the early ax: This Padres season had all the makings of a year that not even a cockroach with great clubhouse skills could have endured.

Black’s background as a pitching coach made him a long shot for a managerial job to begin with; with him removed from the fraternity, Red Sox skipper John Farrell and the Reds’ Bryan Price are the only former pitching coaches still filling out lineup cards. From that unlikely beginning, Black became the big leagues’ third-longest-tenured manager, after Mike Scioscia and Bruce Bochy. It’s amazing he lasted as long as he did: Black was on his third ownership group, third team president, and fourth general manager; among remaining managers, only Scioscia has held his current role under more than two GMs. It’s customary for incoming owners and executives to clean house, so Black’s stickiness says something about his ability to cooperate with and command the respect of a broad group of people, reporters and players included.

Moreover, Black kept his job without the impressive results that usually make managers pink-slip proof. According to Elias Sports Bureau, Black is only the third manager to debut since 1900 who’s held a job with one team for more than eight seasons despite never making the postseason or winning more than 90 games in a year.

It’s easy to excuse that undistinguished record, because for most of Black’s time, San Diego didn’t have a competitive payroll or develop useful position players. Still, legitimate excuses don’t save most managers in the absence of playoff appearances. There were rumblings about Black even last season, as the Padres dog-paddled to another 70-something-win season while fielding the worst park-adjusted offense in baseball, but somehow he held on, even as new GM A.J. Preller tore up and remade the roster. Preller was as aggressive as any GM in making what he believed to be upgrades over the winter, and he was aggressive in promoting his team’s top prospect, Austin Hedges, into a backup role before Hedges’s bat was clearly ready. It’s on brand for him to be aggressive in making a managerial change, especially in light of Black’s lame-duck status. This preseason, I picked the Padres to be the NL’s second wild-card team — even off to an underwhelming start, they’re only four games out — but I acknowledged they had “definite flop potential.” If Preller, fresh off a fixer-upper offseason, defined a flop as failing to establish a lead over the first 40 percent of the season, then the Padres are already there.

Before Opening Day, a combination of the ZiPS and Steamer player projections and the playing-time forecasts at FanGraphs yielded a .519 winning-percentage projection for the Padres. When Black was fired, San Diego’s record stood at 32-33, only 1.5 wins off their projected pace. From that perspective, one could spin Black’s ouster as a byproduct of unrealistic expectations driven by San Diego’s winter transaction spree. But the Padres’ underlying stats tell a more pessimistic story. By third-order record, Baseball Prospectus’s estimate of the record a team’s offensive and defensive stats would typically produce, the Padres have played like the worst team in the NL West. Their actual win-loss totals look borderline respectable because San Diego has enjoyed fantastic timing.

Grantland contributor Ed Feng calculates Cluster Luck, a team-level stat proposed by author Joe Peta that attempts to quantify how many more runs than expected a team has scored or allowed by either grouping its hits or hits allowed in close succession or scattering them evenly across innings. If Cluster Luck sounds a little abstract, just think of it as clutchness, or a tendency to hit better or have opponents hit worse with men on or with runners in scoring position. You can probably recall a game when your team kept putting runners on and subsequently stranding them, losing to its opponent despite having more hits. Sometimes that pattern or its inverse repeats itself over the course of a season, and that’s what Cluster Luck captures.

After Black’s last game, the Padres led all major league teams in Cluster Luck, but even that wasn’t enough to push them over .500. They were the only one of the top seven Cluster Luck teams with a losing record, and right now, their good fortune is the only thing saving them from that “definite flop.”

There are two ways to interpret this table. On the one hand, a team being better than the sum of its context-neutral stats seems like something one could credit to a manager. Maybe Black’s quiet confidence has kept his players from pressing. This isn’t the first time a Bud Black team has similarly exceeded expectations: The Padres also posted Cluster Luck totals of more than 30 runs in 2010 — a close approach to the playoffs — and 2011. But Cluster Luck’s year-to-year correlation is weak, and teams often regress to the mean or even swing to the opposite extreme from one year to the next, with no discernible consistency among managers. Before this season, half of Black’s Padres teams had finished with sub-zero Cluster Luck scores. The best we can say is that his teams’ clutch highs were higher than their lows.

The other interpretation is that the underlying performance is more likely to last than the clutchness, in which case the Padres would be justified in acting before the bottom fell out — assuming, of course, that Black deserved some of the blame. It’s customary, in managerial postmortems, to point out that the manager isn’t responsible for all the flaws that led to his team making a change. Every fan base finds fault with its manager, but unlike a lot of long-term skippers’, Black’s reputation as a tactician hasn’t strayed into punch-line territory. It’s probably not Black’s fault that Matt Kemp has been about 25 percent worse than the league-average hitter instead of 25 percent better, as he was projected to be. He probably didn’t cause the struggles of the recently demoted Jedd Gyorko. And he didn’t create the roster problems that we knew were there from the start: a terrible outfield defense, with Wil Myers miscast in center; a weak offensive infield that relies on light hitters like Alexi Amarista, Will Middlebrooks, and Yangervis Solarte; a heavily right-handed lineup that struggles against same-sided pitchers.

Even more painfully, the Padres’ rotation has compiled the NL’s worst Deserved Run Average. Andrew Cashner, James Shields, Craig Kimbrel, and Ian Kennedy have all underperformed their projected FIPs by at least half a run, and the staff has allowed the second-highest home-run-per-fly-ball rate despite playing in a park where it’s tough to clear the fence. Maybe what the Padres really need is a new pitching coach; it’s too bad Black can’t fill that role until another team or TV producer comes calling.

This dismissal doesn’t imply that the Padres think Black is the root of all their ills. It only suggests that they think he might not be the best fit for this particular front office and roster — and maybe only because he wasn’t handpicked by the people currently running the show. I expected the Padres to squeak into October because I assumed they’d stay active in ironing out their roster’s early-season deficiencies. It’s not clear that Black was one, or that whoever replaces interim manager Dave Roberts will be better. But even if inconsistency continues to plague the Padres, we can count on one constant: Preller making moves.