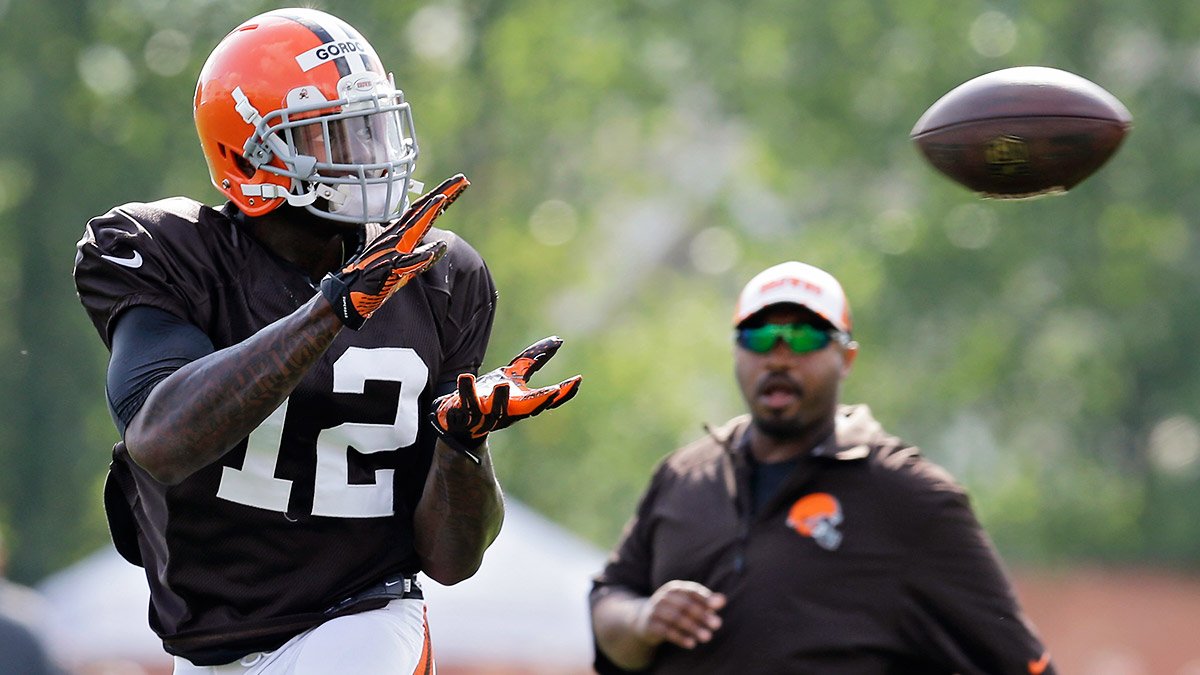 Trivia time: What’s more frustrating than a bad football player? That’s right: a good football player who’s languishing on his team’s depth chart or who’s otherwise unavailable, to the detriment of fantasy owners everywhere. Herewith, then, are your current Languishing All-Stars. Think of this exercise as group therapy — and, if the universe course-corrects as it should, as really early advice for, say, Week 7!

No one does less with more than Matt Cassel, who’s made a career on inhibiting the fantasy value of his teammates. Which would be fine if the Vikings were, say, the Raiders and didn’t have any startable skill position players. It’s less fine when they harbor the league’s best running back, one of its most gifted young receivers, and an above-average WR2. As such, Cassel’s ability to hold off Bridgewater in training camp was highly dispiriting and a little shocking. Consider how much Adrian Peterson would benefit from a quarterback who commanded a modicum of respect from the opposing defense, or how much more productive Cordarrelle Patterson could be if he didn’t have to score the majority of his fantasy points on the ground. Moreover, consider Bridgewater’s potential in this offense, especially after his impressive preseason. You might not have to fantasize too long, though: Cassel gets to face Darrelle Revis this weekend, and we all know how that’s going to end.

So, what week does everyone have in their “when will Trent Richardson get benched?” pool? I’m banking on Week 7, following a Thursday-night meeting with J.J. Watt and the top-ranked Texans defense, and that might be a conservative estimate. Despite his current standing atop the depth chart, Richardson often expresses a desire to share an “equal load” with Bradshaw, which would amount to roughly four carries per game based on the Colts’ penchant for sizable first-half deficits.

Indy OC Pep Hamilton may have preached balance in the offseason, but it’s hard to establish the run when “the run” equates to Richardson repeatedly slamming into his O-line for no gain. Given this, Bradshaw’s ascent to RB1 status seems inevitable, and considering the dearth of reliable fantasy running backs, it can’t come soon enough. Still, you’ll have to wait another month or so for it to happen, because Richardson was created to destroy the hopes and dreams of every owner on this planet.

Had Robinson been on the Saints in 2012, he may well have been starting by now. Alas, he was born a year too late, causing his rookie season to coincide with the renaissance of Mark Ingram, to whom he’s taken an indefinite backseat. The ability is certainly there; unfortunately, the opportunities are manifestly not at the moment. Given Ingram’s well-documented history of showing a brief burst of aptitude and then vanishing for wide swaths, however, Robinson’s time will surely come before long.

Josh Gordon chews Grizzley mint straight cut and he just told me he thinks he will be playin this sunday pic.twitter.com/YTuvK63NGE

As a Browns fan, the prospect of Gordon’s reinstatement has always seemed too good to be true, but it suddenly became a real possibility in light of the NFL’s looming revised drug policy. Mere hours after Gordon sold that dude in the green polo a 2015 Ford Focus (best in its class!), Chris Mortensen reported that there was a “100 percent probability” of Gordon being reinstated this season, pending a seemingly imminent agreement between the league and the NFLPA. Meanwhile, the Browns were suspiciously refusing to clean out Gordon’s locker, and he even skipped Fashion Week to stay in Cleveland.

Naturally, fantasy owners began tripping over themselves to claim Gordon off waivers. The opportunity to add a 221-point receiver rarely comes around for free, and when it does, you have to be ready to pounce. Which isn’t to say Gordon will pay immediate dividends: Adam Schefter announced this morning that Gordon’s suspension will be reduced to eight games following the vote. While that’s better than a full season, it’s still a long time to wait. In the meantime, Gordon will have to languish on your bench, robbing Bobby Rainey or Rod Streater or some other scrub of a coveted roster spot.

Without violating basic Internet decency standards, it’s tough to convey just how dreadful the Jets’ receiving corps was last year. Thankfully, though, we can quantify it: Jeremy Kerley, the unit’s most productive member, caught 43 balls for 523 yards, three touchdowns, and 65 fantasy points, good for 66th among all wideouts. David Nelson and Santonio Holmes, the unit’s second- and third-most productive members, both failed to eclipse the 50-point barrier. If you ever had to start any of these jokers, you probably finished in last place.

Clearly, Decker didn’t take the interests of fantasy owners into consideration when he signed with the Jets this past offseason. While his Week 1 stat line against the Raiders was actually pretty decent (five receptions on seven targets for 74 yards), it’s difficult to imagine him significantly improving upon it without a teammate like Demaryius Thomas, not to mention with a quarterback like Geno Smith. At least we’ll always have his legendary high school yearbook photo.

If Sunday’s Vikings-Rams matchup taught us anything, it’s that there’s no hope for Austin or his fantasy owners as long as Brian Schottenheimer is running the offense in St. Louis. Austin’s targets will remain inexplicably low (he had three in the opener), he’ll continue to be underutilized as a deep threat, and his cursory, uncreative involvement in the ground game will pale in comparison to the myriad ways in which Minnesota OC Norv Turner uses Patterson. For someone the Rams once deemed worthy of three extra draft picks, Austin’s development really doesn’t seem to be a priority, which is bizarre. Throw in a starting quarterback named “Austin Davis” and mirror image Brandin Cooks’s fast start in New Orleans, and we (soon-to-be former) Austin owners look destined for a disappointing season.

In case you forgot, this is what Green is capable of doing to a defense:

Filling in for an injured Antonio Gates last season, Green amassed nine receptions, 206 yards, and two touchdowns in just three weeks of late action, leading many to speculate that he’d see an increased role in the Chargers offense this year. He became a popular late-round sleeper and earned even more hype when Gates was listed as questionable last week; nevertheless, Gates ultimately played in the opener and saw 10 targets to Green’s two. Couldn’t the Patriots have traded for Green instead of Tim Wright?