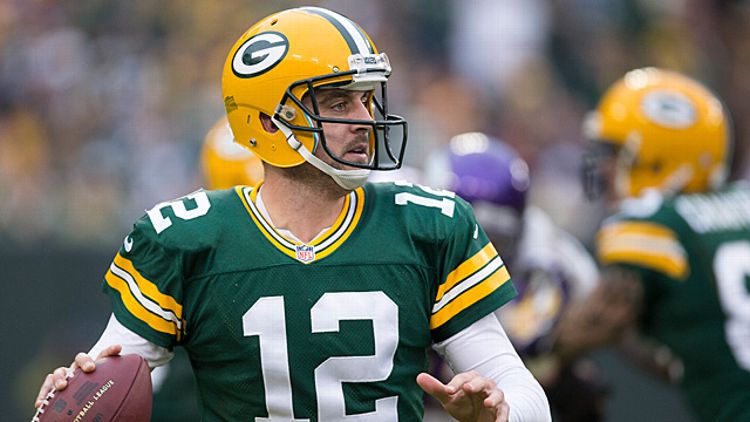 For the first time in eight seasons, the Packers will start the year without Greg Jennings (gone to the Vikings) and Donald Driver (retired). Don’t be worried, though. Aaron Rodgers sure isn’t. He likes the guys he’s got. To that I say, “Of course he does.” Because it doesn’t matter to whom Aaron Rodgers throws. Aaron Rodgers is not of this world. He is a demon called here from another dimension by conjurer Ted Thompson for the sole purpose of haunting Bears fans in the night. He is, in other words, a mild inconvenience.

Anyone who doubts this theory need only scroll to the 1:45 mark of the video above — a touchdown pass Rodgers threw to Randall Cobb in St. Louis last season that is clearly not a product of something human. In all, Rodgers threw for 39 touchdowns last year. He also had 4,295 yards on 67 percent completions. So … a down year. But hey, there’s good news for Packers fans, and it’s that Green Bay’s offense should be better in just about every way imaginable this season.

No team had more injury issues than Green Bay last year, and that extended to both its offensive line and receiving corps. The Packers’ completely revamped offensive line (the sides are essentially getting flipped) should be better with a full season from former first-round pick and new left tackle Bryan Bulaga. Jordy Nelson played 12 games last year, but that’s counting the handful he started and couldn’t finish. Oh, and there’s a chance Green Bay got both of the best running backs in this year’s draft in Eddie Lacy and Johnathan Franklin — a pair of players with differing but complementary skill sets that Mike McCarthy should be able to use in a variety of ways.

So, yeah, enjoy your holiday, Bears fans. Maybe a brat-and-burger-induced food coma will help us get to sleep. And don’t forget, there’s no shame in keeping the light on.