10 Plays Every NFL Coordinator Should Put in His Playbook Immediately 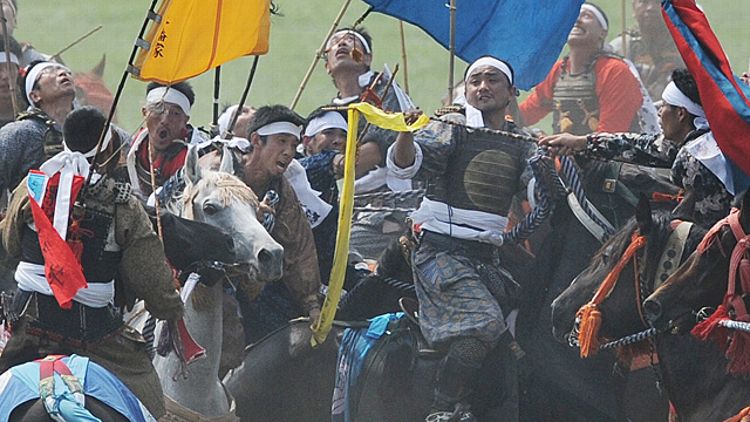 We now live in a lawless National Football League. So here are 10 plays every NFL coordinator should implement to take advantage of the chaos.

Shotgun formation, empty backfield, five wide receivers. When the ball is snapped, the wide receivers run seam routes to the end zone. The angles of these routes should all converge on the same spot in the end zone and each receiver should time his route so as to cross the end zone at the same time. Once the receivers cross the goal line, each one should crumple to the ground like Tom Cruise at the end of The Last Samurai. The quarterback throws the ball exactly in the middle of this wideout Antietam. Given that the competency of the replacement refs runs somewhere around 15 percent, chances are that one of the five receivers will draw a pass interference penalty. If you run it back three times on second, third, and fourth downs, you’ve pretty much got a lock for first-and-goal at the 1-yard line.

Defense: Are You Not Entertained?

Because pass interference is getting called no matter what happens, the only hope for the defense is to make sure the quarterback doesn’t throw the ball. Before the ball is even snapped, the safety runs five yards behind the quarterback and kinda lies down in the grass. You know how when your cat takes a shit in your shoe and then tries to “hide” behind its water dish, but the water dish is like three inches high and the cat is just kind of crouching with a look on its face that reads, “What are you going to do about this?” Just like that. Then, when the ball is snapped, the safety runs up behind the quarterback, pins back his arms, and then does like a full DDT while all the cornerbacks come flying in with hammer elbows. Because the NFL cares so much about concussions, they will allow this.

A variation of your favorite Little League trick. (By the way, I might be the only person in the history of the Assabet Valley Little League to ever get murked by the hidden ball trick. I still blame racism, because that kid who pitched for Acton did it like every time we played them and it was only because I kept raking singles, Ichiro-style, on his ass. WHO IS RACIST NOW BY COMPARING AN ASIAN ATHLETE TO ANOTHER?) Anyway, the 11 players on offense all take footballs and tuck them into the front of their jerseys. Then the real ball is snapped. The quarterback chucks the real ball into the stands and all 11 players on offense make a mad dash to the end zone.

Once the defensive coordinator sees 11 possibly pregnant offensive players running onto the field, he has the equipment manager toss 11 other footballs to his defensive players. They tuck these into their jerseys. Once the ball is snapped, all 11 players should run for their goal line for a pick-six.

Pretty simple: All 11 players stand up and do the Internet’s favorite dance. There’s no way to score on this play, but it’s better than watching these awful games.

Everyone loves the ’90s, right? Hey, remember the ’90s? Weren’t they awesome?

Offense: The Annexation of Puerto Rico

A glorious football play popularized in the movie Little Giants. It is pretty much a center sneak. The QB hikes the ball, and pretends to run the play while the center, who actually has the ball, runs toward the end zone. This play won the game for the Little Giants in their final game against the Cowboys. Will go down in football history and lore.

There is no defense for the Annexation of Puerto Rico. #TEAMICEBOX

All 11 offensive players walk onto the field with a blinding agent clutched in their fists. When the ball is snapped, everyone throws this stuff into the eyes of the defensive players. While the defense squirms around on the ground, pawing at their eyes, the running back jump kicks the safety in the chest and calmly jogs across the end zone. This technique is either from Bloodsport or Kickboxer, but I can’t really remember which one was which. SOMEONE PLEASE GET A FACT CHECKER IN HERE NOW. THIS MOVIE WAS BASED ON A TRUE STORY, SO WE HAVE TO GET THIS RIGHT.

To avenge the paralyzing of your brother, you train on a mountaintop for months. Much of your training will be done blindfolded because what we see with our eyes is mostly illusion. During this time, you get insanely ripped and chase chickens around and lug tree trunks up hills in Siberia. By the time the offense throws that weak-sauce blinding agent in your eyes, you’re ready for it because, you know, everything we see with our eyes is mostly illusion. Then you kick the shit out of Chong Li and save everyone onboard the ship even though you are only the fricking chef. TOUCHDOWN!