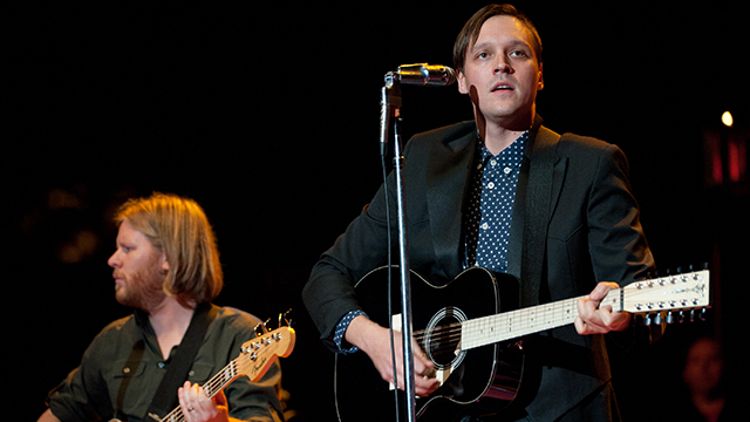 As tired of soul-deadeningly long award telecasts as the rest of us, YouTube is entering the arena and keeping it to the point. Airing November 3, the 90-minute YouTube Music Awards will feature performances from Eminem, Arcade Fire, and Lady Gaga as well as still-unannounced acts who’ll “provide taped performances from cities as far-flung as Seoul and Moscow, YouTube’s way of emphasizing the global nature of its audience,” writes USA Today. The live show will be taped at New York’s Pier 36. “Instead of bands performing to an audience on a stage, we’re going to have a warehouse with all these different sets and try to make live music videos throughout the night,” says Spike Jonze, who’s playing creative director for the event. “The idea is let’s get a bunch of interesting artists together and have a night that’s all about making things.”

Jonze also told Billboard he’s interested in facilitating collaborations. Maybe we should start envisioning Eminem on a jumbo set modeled after the “Berzerk” video, with Lady Gaga mean-mugging in Rick Rubin’s stead? “Neither Jonze nor YouTube would tip their hand,” Billboard says, “about how they plan to make their awards show more engaging than, say, the Grammys.” Or, say, the Billboard Awards. In-the-moment viewership won’t be a big deal, though; in a world where VMA performances are trimmed and uploaded by the time the telebox has aired the next Geico ad, YouTube’s going to have the replayability game on lock. “In general, 90 percent of all views for live events happen after the event itself,” Danielle Tiedt, YouTube’s vice-president of marketing, tells Billboard. “The live event is a way to get people talking. Afterwards, it gets shared and shared.” Especially if the YouTube Music Awards don’t stick to TV-level censorship and Marshall/Stefani/those crazy Arcadian Canadians do something shocking and tweetable.

Jason Schwartzman will host the event. The half-dozen award categories will be announced October 17 and winners all chosen by fan votes. The Grammys will last three more years, thank everyone for a good run, then sit down in their PJs to watch 2016’s 15-minute YouTube Music Awards broadcast like the rest of us.