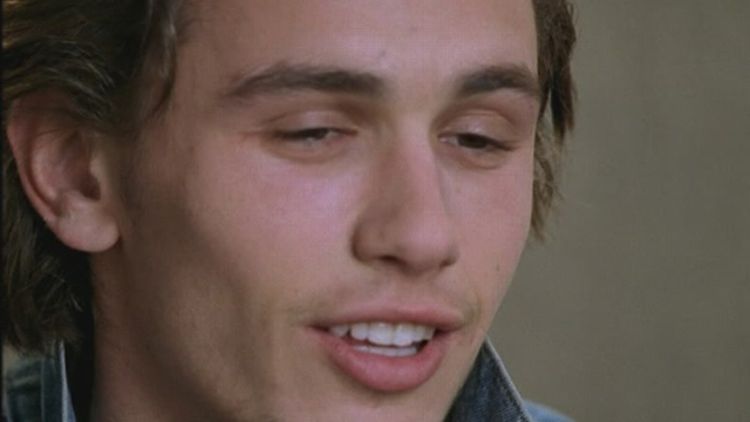 James Franco returns to his roots this week, playing a character in a movie in which he presumably just reads his lines and acts, without any extra layers of metacommentary, irony, or self-parody. We emphasize presumably, of course — it’s possible that Franco’s whole career has been an elaborate work of performance art, from his breakout on the beloved, short-lived Freaks and Geeks, to the 2011 Oscars hosting debacle, to this week’s seemingly innocuous Oz: The Great and Powerful. Untangling the mystery that is James Franco is a near-impossible (not to mention obnoxious) task, but we thought we’d start with a few YouTube clips.

Mark Lisanti: In perhaps the Francoest moment in James Franco’s career, Esquire commissioned James Franco to interview himself in the guise of his “Dave Franco” character, with explosively charming results. Watch as James Franco James Franco refuses to let Dave Franco James Franco finish any of his questions while getting a blowout for an imminent photo shoot, laughing through the entire charade, and in so doing, deconstructing the absurdity of the celebrity interview. It’s stunning, incisive work that somehow retains the disarming playfulness of the best subversive art.

(Note: The clip was also shot by budding documentarian James Franco to close the James Franco circuit. However, a real hair stylist was employed, per union rules.)

Tess Lynch: Remember when The New York Times did that “14 Actors Acting” series? And remember when James Franco co-starred in his segment opposite his untouchable face? Mustache, the great and powerful. His mirror flirting made the comments section implode [all sorts of sics]:

“wait…the new york times had something to do with this?”
“he has officialy damged and ruined me for other men”
“And to think I told my ex I’d reject Franco over him!”
“I have no interest for gay culture and weeds. I’m not gay. I don’t smoke weeds.”
“should i flag this??? dont think kids should be watching this”
“Two times kiss ! Some answered me, it’s a joke. Well ! One time, it could be, but two times, you distroy the joke. One time, people understood. You don’t need to do two times, because two times means something else, something strange.”

Steven Hyden: Someone could make a very credible argument that the “Track 3” speech from Freaks and Geeks is actually a defining Linda Cardellini moment. But until the Lindsay Weir HOF, I’m marking this down in the Franco column. Because when we think about the broad strokes of the Franco persona, doesn’t it boil down to bullshit? Franco’s knowing perpetration of bullshit, our knowing of his knowing, his knowing of our knowing of his knowing — it’s all part of a never-ending fabric that ties us to this actor-cum-college student-cum-filmmaker-cum-author-cum-awards show host. He wishes he were smarter but not really; he’s going to get found out in the end, but who really cares so long as he flashes that shit-eating grin while he’s shoveling it?

Freaks and Geeks: Carlos the Dwarf

Jay Kang: I can’t find my Magic: The Gathering cards. That’s a nostalgia problem because when I think back to the things I did well as a child, my blue deck comes immediately to mind. What if that blue deck never existed? What if I’m remembering someone else’s blue deck?

The problem gets worse when it comes to Dungeons & Dragons, a game I know I played at some point but when I try to think of some living room or some kitchen where I sat with some other dudes and rolled for savings throws, I only really think about this scene with Daniel Desario and Carlos the Dwarf and I think a bit about how it might be nice if we could just replace our foggy childhoods with these sorts of scenes without feeling any guilt.

Emily Yoshida: James Franco couldn’t make it in person to the PaleyFest Freaks and Geeks reunion back in 2011, but he used it as an opportunity to throw his former Oscars co-host under the bus just one more time, apropos of nothing. James Franco: irrationally hating Anne Hathaway before it was cool.

Inside the Actors Studio

Michael Weinreb: Here’s what I can make out of this conversation, which is pretty much everything you need to know about James Franco, the Actors Studio, and aspiring thespians in white sweaters:

Sean Fennessey: This guy is such a dreadful dramatic performer.

Bryan Curtis: I’m not a fan of the Franco meta-meta-meta approach to doing whatever he does. And I really wasn’t a fan of his Oscars gig, in which he was as smug and inert as Chevy Chase was in movies starting about 1985. It was like a wink at viewers so hip and self-aware that they didn’t actually exist.

Except … Franco went on the Letterman show sometime afterward. Dave, as you’ll remember, is a veteran of his own hyper-ironic Oscars “moment.” As they talked about their bad reviews, Franco hit upon something very interesting. “Leading up to the Oscars, I couldn’t hear enough about, ‘Oh, people don’t care about the Oscars anymore,’ ‘It’s dead, it’s boring …’” he said. “Well, as soon as you don’t host the way they want you to, they suddenly care and they won’t shut up about it.”

He’s right. For the Oscars — or the Super Bowl halftime show — we first adopt the pose that it’s all hyper-commercial bullshit, well below our true sensibilities. We’re hate-watching it. (We’re all James Franco now.) That pose lasts only until the ceremony starts, at which point it becomes more convenient, in Twitter terms, to really care about each joke and sketch and dress. (Witness the Seth MacFarlane postmortems, which I’m pretty sure are still happening as some collective Web symposium.) Franco didn’t catch on to the second half of the equation until he actually hosted the Oscars and found that we demand something genuine in our empty spectacle. Now, this doesn’t mean Franco did a good job. But he did reveal our own little game quite nicely.

So give him that.

Andy Greenwald: All artists, especially the great ones, do their best work in the moment, living vicariously on the bleeding edge of the real. James Franco is no exception. If he truly has been trolling us, then his admission last night on The Colbert Report was his masterpiece. His Troll 2.