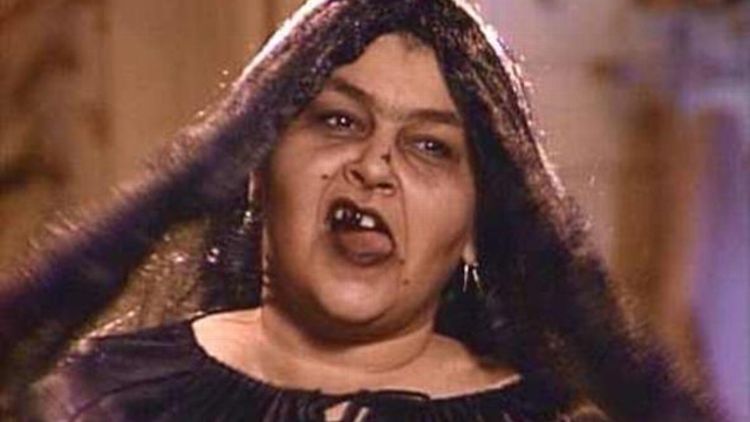 Halloween episodes are an underappreciated art and, when done well, they’re uniquely satisfying. You get to see all your favorite TV buddies in delightfully character-appropriate costumes, and inevitably something weird or scary that would not happen any other week goes down. Here are our favorite spooktacular moments from the small screen — happy early Halloween!

Mark Lisanti: No sitcom family enjoyed Halloween more than the Conners. This Season 2 episode kicked off an annual tradition of macabre one-upmanship, with Dan and Roseanne jamming their arms down malfunctioning garbage disposals, or pretending to sabotage important contracting jobs, or — terror of holy terrors — faking a mother-in-law visit; my god, why don’t you just decapitate Original Becky with a cleaver while you’re at it? They took utter glee in the holiday. No one did Halloween better this side of Homer having Satan’s doughnuts forced down his bottomless gullet in quantities that even James Coco couldn’t withstand.

I miss the Conners. No one does it quite like them anymore.

Sean McIndoe: Oh, look, it’s a special event of some kind, and that means the Huxtable kids are conspiring to recognize it with some sort of elaborate production.

Yes, whether it’s Halloween, or Cliff’s birthday, or their grandparents’ anniversary, or their grandparents’ anniversary again, you can always count on the Huxtable clan to break out the props, costumes, and recording devices. Apparently all it takes is one chance encounter with Stevie Wonder to turn an entire family into an aspiring Cirque du Soleil troupe.

As a kid, I assumed that all happy families were like this and that there was something wrong with mine. Now that I’m a parent, I realize any family that operates in this way is clearly deeply disturbed. Can you imagine building a ghost-based pulley system to attack your father? Is that really the most appropriate way to avenge a lifetime of mandatory tuxedo-clad Motown sing-alongs?

Here’s how my two kids celebrate grandparent anniversaries at my house: a little production we like to call “just try to talk to them on the phone for five seconds without attacking each other with it, you little monsters.” (Total times we’ve staged it successfully: zero.)

netw3rk: Picking the best Parks and Recreation Halloween moment isn’t easy. There’s Tom, dressed as T-Pain, singing “I’m in Love With a Stripper” before introducing his wife. The first appearance of Burt Macklin, FBI Andy’s Chuck Liddell costume. All great. But then, above all others, there’s the eternally put-upon Jerry and his jump-scare-induced fart attack. What’s a fart attack? It’s all the fun of a normal, life-threatening myocardial infarction but with uncontrollable farts. Symptoms include: shortness of breath, agonizing pain radiating down the left arm, a feeling of pressure on the chest, and shame commingling with a deep existential absurdity. And to think, if Jerry had died here, we might never have learned whether his name is Jerry, Gary, or Larry. Actually, I guess we haven’t learned that yet. Anyway, fart attack.

Emily Yoshida: There was a lot to love about the pre–social media meme empire Homestar Runner (see Todd VanDerWerff’s breakdown for more insight into its run as a prototypical Internet TV show), but everyone knew it really broke out the big guns during Halloween. And while it’s hard to beat Strong Sad as David Byrne in the pantheon of sitcom-character Halloween costumes, my favorite HSR bit, both spooky-themed and otherwise, will forever be this commercial for orange-and-black Malloweens.

Turns of phrase from this 1:44 Internet video clip that to this day I occasionally accidentally slip into, to dwindling recognition/comprehension because this was a Flash animation series from 2000 and oh god, that was 13 years ago, ugh:

Holly Anderson: For its brief time on earth, MSCL had a thing for holiday episodes with supernatural tinges (see Juliana Hatfield’s mop-headed turn as a scruffy messenger from the beyond in the Christmas hour “So-Called Angels”), but only “Halloween” featured Rayanne shaving her legs in the school bathroom sink in a vampire costume while a fellow student lectured her about clogged drains.

The entire episode’s available on Hulu, and it bombards viewers with all of the following: an urban legend about a greaser falling from the gym rafters on Halloween night and impaling his face on a spike-heeled shoe, a major character being startled by a science-class skeleton, a double-scream-take, a haunted textbook, a haunted flower, maybe also a haunted mohair cardigan, a mysterious wind ruffling pages of a book, ghosts of greasers’ girlfriends past who may actually still be alive, and Rayanne inexplicably not turning into a bat and flapping away into nothingness when she twirls her cape around herself. The pivotal scene, shown in the above clip, involves Angela encountering the greaser-ghost and imploring him to steer clear of the choices that led him to his doom thirtysomething years ago, which is all a pretty dramatic parallel for Jordan repeatedly cutting English. Also: Rickie dressing as Brian Krakow for Halloween!

Patricia Lee: I am terrified of all things scary and bone-chilling, and have stepped into a haunted house exactly two times in my life. Nick is my hero.

The Simpsons, “Treehouse of Horror VII”

Dan Fierman: “Don’t blame me, I voted for Kodos.”

Subject for later discussion: Home Improvement was actually pretty clever, right? Those little animated bits between segments; the show-within-a-show; the innovative camera work. The show also had a noble commitment to Halloween specials. I’d watch ’em and wish I lived with the Taylors, but maybe that’s just me.

Andy Greenwald: I miss Happy Endings all the time: on subway platforms and elevators, when eating breakfast, when making dinner, and when freaking a tiny, rapping Santa Claus. But on Halloween there’s a particularly bittersweet note to my pining. Because while it may have seemed impossible for the show’s crack (cracked?) writing staff to top last year’s costume masterpiece — the gang as “marionette Jackson 5 — with Dave as La Toya — I kind of think they would have pulled it off. Even in unjust death, Happy Endings is basically the funniest thing on TV. Even if said TV only exists in my fevered, holiday-themed imagination.

Rembert Browne: This is just the best thing that exists. Ninety minutes of spooky gold, made up of dastardly clips from Fantasia, The Sword in the Stone, Lady and the Tramp, Sleeping Beauty, The Jungle Book, 101 Dalmatians, The Rescuers, and more. And timeless cameos from Mickey, Goofy, Donald, Huey, Dewey, Louie, and Pluto. Who’s the host? Occasionally an offscreen narrator, but other times it’s the Magic Mirror from Snow White and the Seven Dwarfs. And does it begin and end with the skeleton dance?

Why, of course it does.

Advice for how to best consume this relic? Watch on your own, alone, as I just did, and then for your Halloween party, project on the wall, muted. It makes for a phenomenal party backdrop. Especially that skeleton dance.

Andrew Sharp: Sarah Larimer selected this for a HOF last year, but it needs to be included again because it’s untouchable. And also because I’ve had this stuck in my head for 10 days now, and it’s important to say that out loud. Spoooooky, scary. Cooooky, hairy. The eight-foot sub at the Larchmont Country Club. Boys becoming men, men becoming wolves.

Every other TV show is fighting for second.