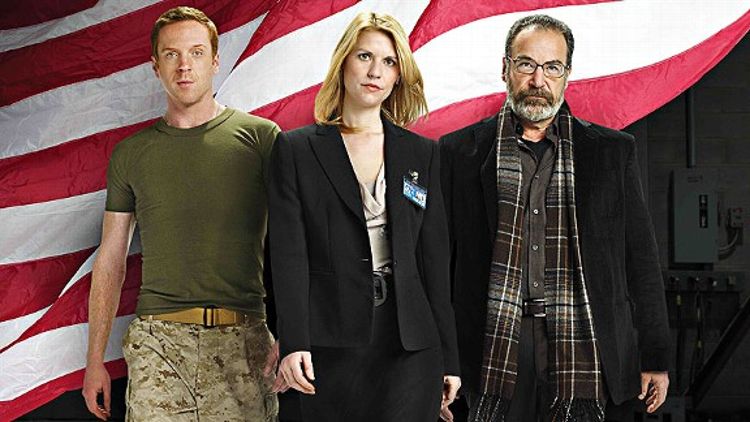 On television, women are allowed to be good wives or new girls. They can break hearts or fix them, be criminals or cops. But for the most part the one thing they can’t be on television is a mess. And not a cutesy, unable-to-decide-between-handsome-boyfriend-and-dream-job, panic-eating and klutz-falling cue-the-Fray-on-the-soundtrack sort of mess, either. I’m talking an honest-to-goodness shitshow — a complicated, complex character who manages to be both brutally effective and titanically troubled. Think Andy Sipowicz, Tony Soprano, George Costanza; charismatic, memorable men allowed to be more than one thing at any given time, and most of them terrible. After only two hours of screen time, it might be time to add Carrie Mathison to the list.

To be clear, the protagonist of Showtime’s new Homeland, as played by Claire Danes, is extremely good at her job. Too good, perhaps. As a CIA counterintelligence officer, Carrie is as comfortable behind the wheel of a jeep in Baghdad as she is behind a conference room table in Langley. She’s brittle and single-minded, so driven to prevent another 9/11 she’ll seemingly sacrifice any life, including her own, in the process. She defies authority and wears an engagement ring so her one-night stands won’t get any long-term ideas. Her refrigerator is empty, save for a solitary pack of rancid yogurt. Her aspirin bottle, though, is full of antipsychotic pills — a no-no at her clearance level — that she gets on the sly from her soccer-mom sister. Carrie thinks nothing of whore’s bathing it before a top-secret debriefing or throwing herself at Saul (an excellent Mandy Patinkin), her bearded mentor, when he uncovers the extra-legal lengths she’s willing to go to in order prove herself right. She’s a walking weapon of mass self-destruction.

What’s exhilarating about Homeland — and Danes’s performance in it — is that Carrie can be all of these things and still, indisputably, be the hero. Of course “hero” is a problematic word in any context, particularly so on this show which spins on the homecoming of Nicholas Brody (Damien Lewis), a POW marine who went missing in Iraq eight years before. Carrie, though, is certain an Al Qaeda bombmaker whispered a warning about an American turned terrorist during the off-reservation op that got her pulled from the field ten months prior. Now, despite the wishes of the entire the United States government, Carrie launches a one-woman stakeout of Brody: camping out on her couch in front of two giant monitors, spying on the most intimately twisted moments of Brody’s reapprochment with his wife (who’s been sleeping with his best friend), his attempts to reconnect with his confused children and his kung-fu chopping of overly ambitious tabloid reporters.

A lot of this stuff is played with the paranoia set to 11 and bears the aggro thumbprints of the executive producer’s previous gig at 24. There’s also a worrying whiff of the same sort of isolated ambition — an entire season to figure out if one guy is bad or not? — that sunk recent cable duds Rubicon and The Killing. But the first two episodes of Homeland are legitimately gripping, able to toggle gracefully between TV tropes (Lynn, Carrie’s asset who may have information on Brody’s militant puppetmaster is a sexy, occasionally topless kept women) and HBO-ish depth (Carrie lies about the danger she’s putting Lynn’s excellent body in while trying to crack the case). Lewis is suitably haunted in a challenging role — anyone gone from the comforts (and pancake griddles) of home would be a total wreck regardless of whether he’s a born-again Islamist or not. But this is Danes’ show, her focused, relentless performance the true heir to Helen Mirren’s original Prime Suspect, not the neutered, be-hatted version currently treading whiskey-and-water on NBC. It’s only been two weeks, meaning there’s plenty of time to get onboard with the fall’s best new drama. Get to know Carrie Mathison before she has a chance to clean herself up.