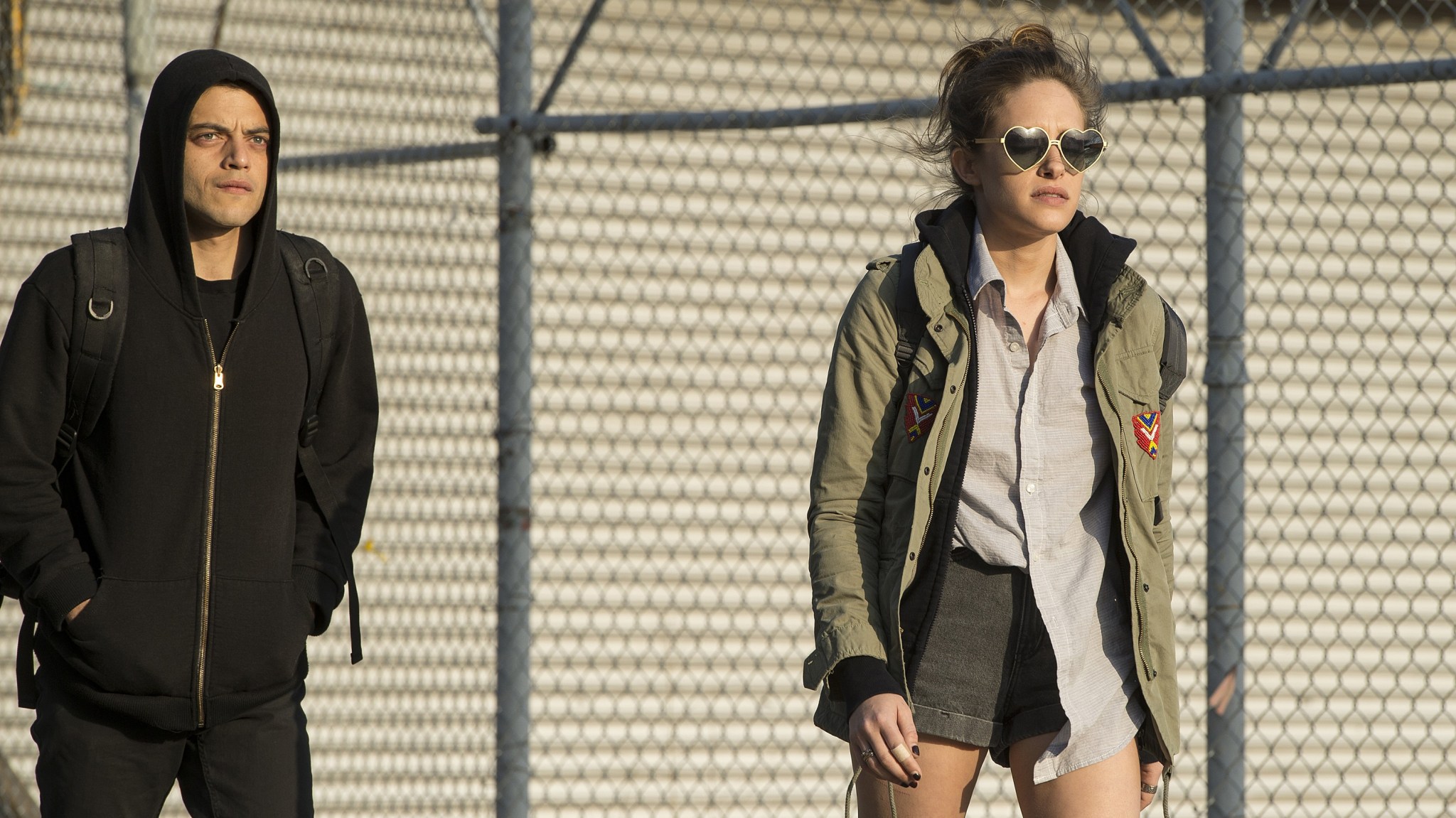 Warning: The following is very spoiler-heavy. If you do not want Episode 8 of Mr. Robot ruined for you, please leave now.

When executed properly, plot twists can ignite a story and encourage a breathless obsession in audiences. They can also cast everything that’s come before in a new light. With USA’s Mr. Robot, creator Sam Esmail dropped two enormous plot twists on his audience in one episode, revealing that abrasive hacker Darlene is actually Elliot’s sister and that mysterious Mr. Robot is either Elliot’s father, someone who looks exactly like him, or a construct of Elliot’s subconscious. These revelations upended our sense of the reality we’d bought into for seven episodes and called into question what we think we know.

Should we have known? Were there hints this was coming? More importantly, what do these developments tell us about the future of this captivating series? Besides the obvious decision to sit around and wait for next week (or punch some mirrors until I can “see the truth”), there’s also the more fun option of obsessively breaking down key scenes between Elliot and Darlene until next Wednesday. Grab some popcorn, pour yourself a frosty beverage, and settle in. 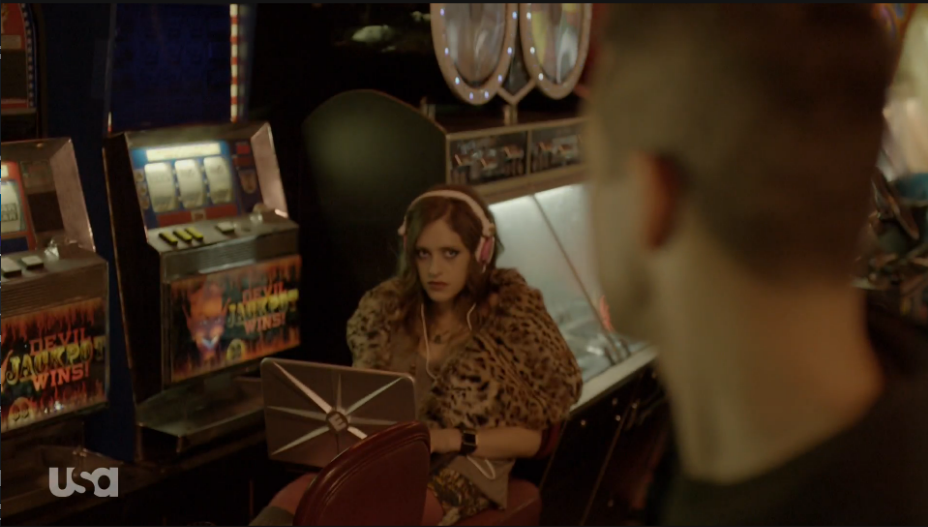 Darlene doesn’t show up until the final third of the episode, once Mr. Robot has successfully brought Elliot into the fsociety fold. Elliot asks “Where’s your boss?” and instead of answering, she says, “Cut the bullshit. When are you giving us access to the root directory?” What used to come off as weirdly forward now seems like standard familial squabbling, though it seems pretty clear that even though this is their first time speaking to each other in the show, this isn’t their first time speaking at fsociety. 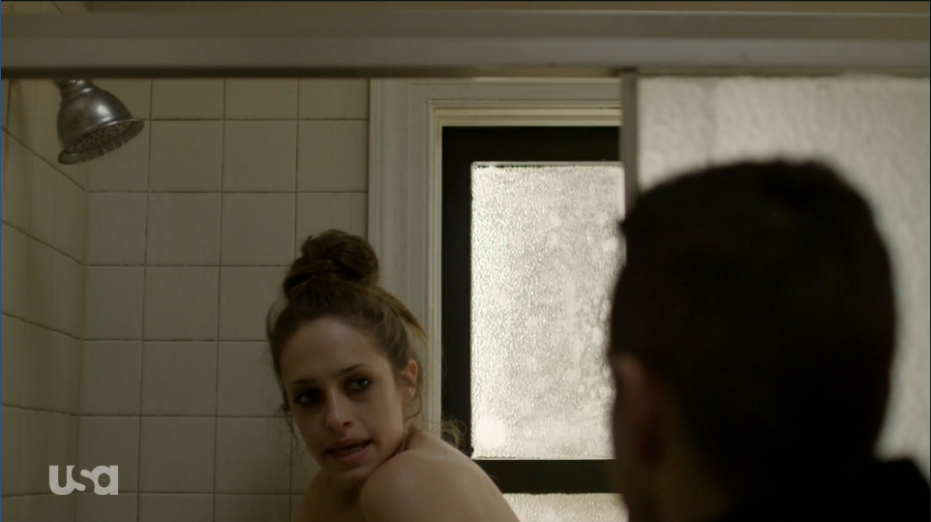 If you were not asking yourself what Darlene’s problem was after Elliot found her in his shower, you have a higher tolerance for B&E than I do. This scene plays into the old-fashioned, anachronistic inclination of men everywhere to assume that if a strange woman breaks into your apartment, strips naked, takes a shower, then borrows your clothes, that means she wants to sleep with you. Um, wrong. She could just be the sister you forgot about. 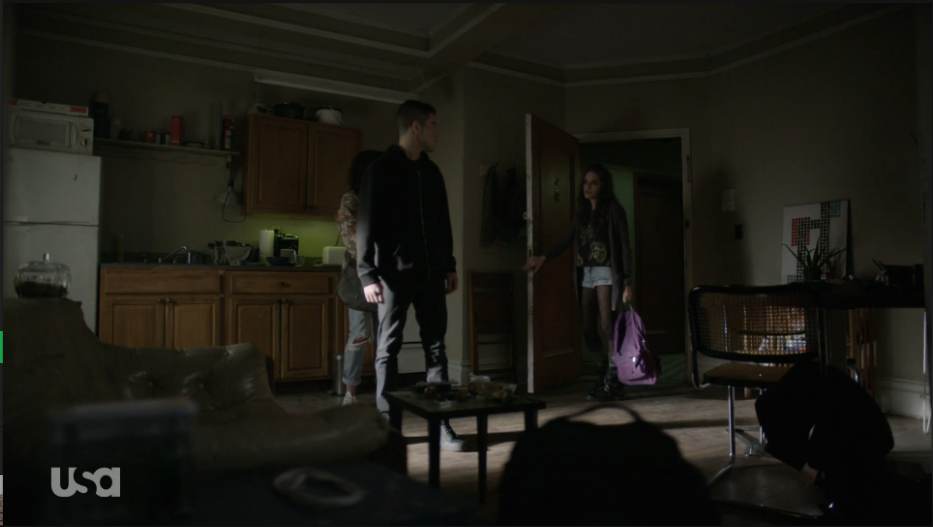 Darlene meets Shayla. Of course, we all thought “love triangle,” because this is television. In hindsight, the frosty, skeptical quality in Carly Chaikin’s performance as Darlene is less about jealousy and more about concern and worry for her unstable brother. She has been through this many times. His addictive personality has likely been a problem for them for years, and it might be related to why Elliot is legally mandated to see a therapist. 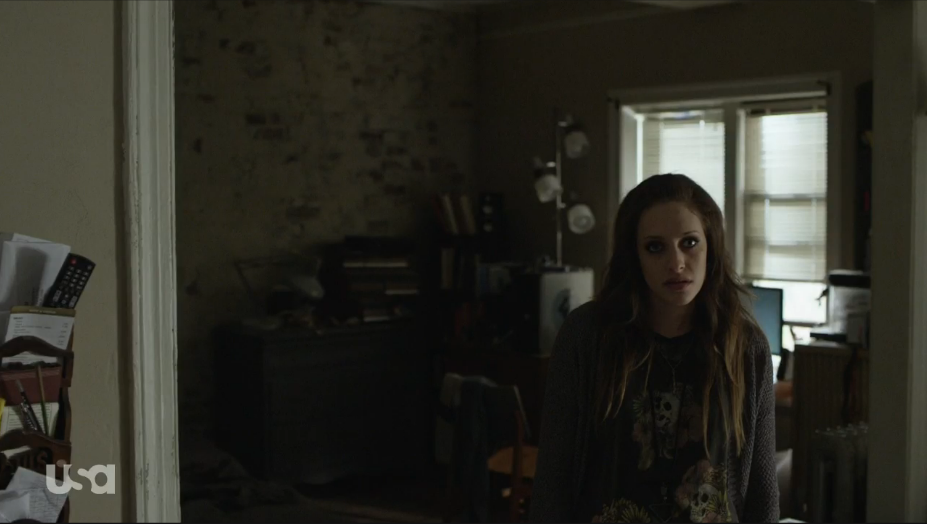 The centerpiece of Episode 4 is Elliot’s hallucination, but there’s a scene early on in which Darlene comes over to drag him back to fsociety. Pivoting away from Darlene for a moment, it’s worth it to reexamine the hallucination. Angela says, “You were only born a month ago” and “You’re not Elliot.” What the hell does that mean? Is there memory manipulation or cloning at play here? Is Elliot someone else entirely? Is that why he doesn’t know who his sister or his family is? Is that why Tyrell Wellick is so interested in him? Oh, and is it weird that Darlene’s ex is blackmailing Angela? Angela and Darlene are clearly longtime friends, so does he know Angela somehow? Did he hack Darlene? Too. Many. Questions. 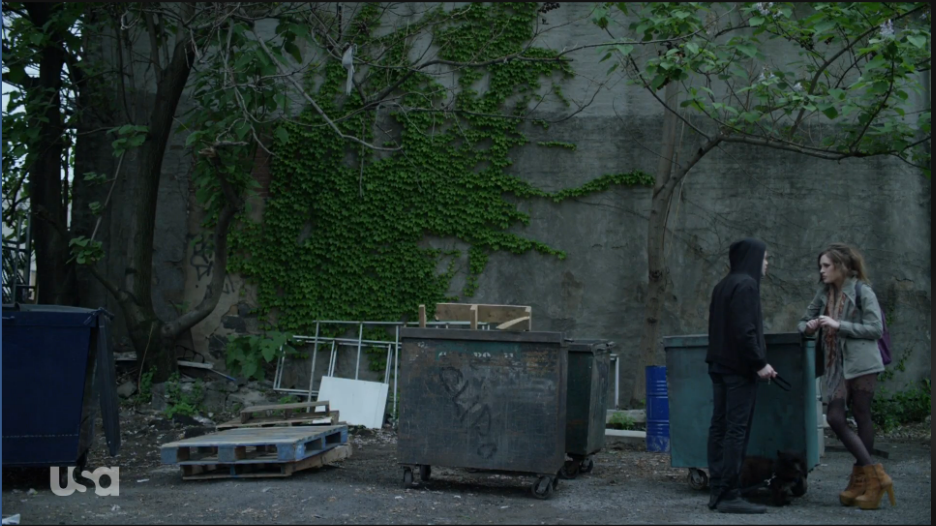 This should have raised more eyebrows. Why is Darlene happy to get involved in Elliot’s very serious conflict with Fernando Vera? This is where Chaikin’s performance — which started at mild annoyance and Woody Woodpecker–style instigating — arrives at genuine affection. She’s all in to help, even if that means putting herself in danger. 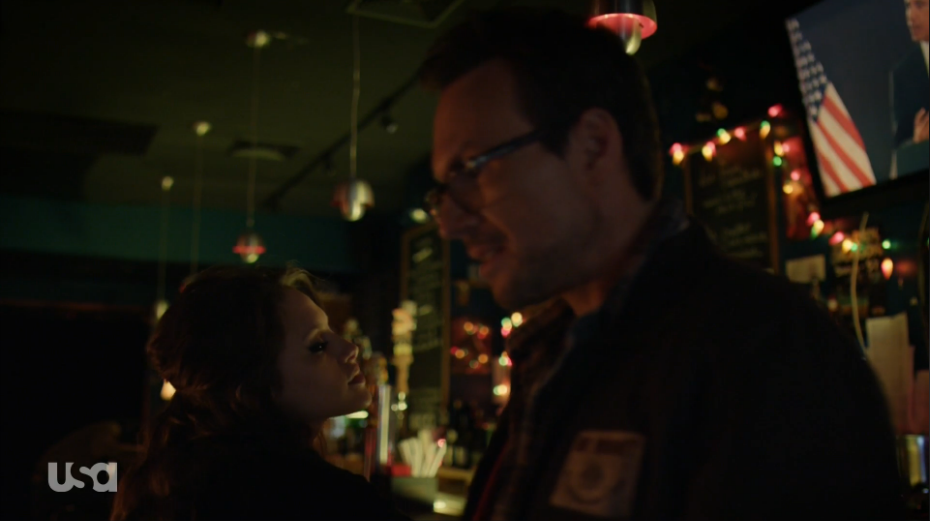 This is the scene that really makes no sense right now. Mr. Robot and Darlene meet for a drink to discuss Darlene’s attempts to contact Whiterose and the Dark Army. The consensus among many fans is that when Mr. Robot speaks to other characters, it’s a manifestation of multiple personality disorder in Elliot. So, if Darlene is speaking to Mr. Robot, she’s actually just conversing with another side of Elliot. In this scene, Mr. Robot says he wants to meet Whiterose himself, but Darlene scoffs at that idea. In the next episode, Darlene tells Elliot he has to be the one to meet with Whiterose. “You’re definitely the one they want to meet with,” she says. Unless Darlene can tell the difference between the two sides of Elliot’s personality, that throws cold water on the notion that they are the same person. So, if they aren’t the same person, who are they? 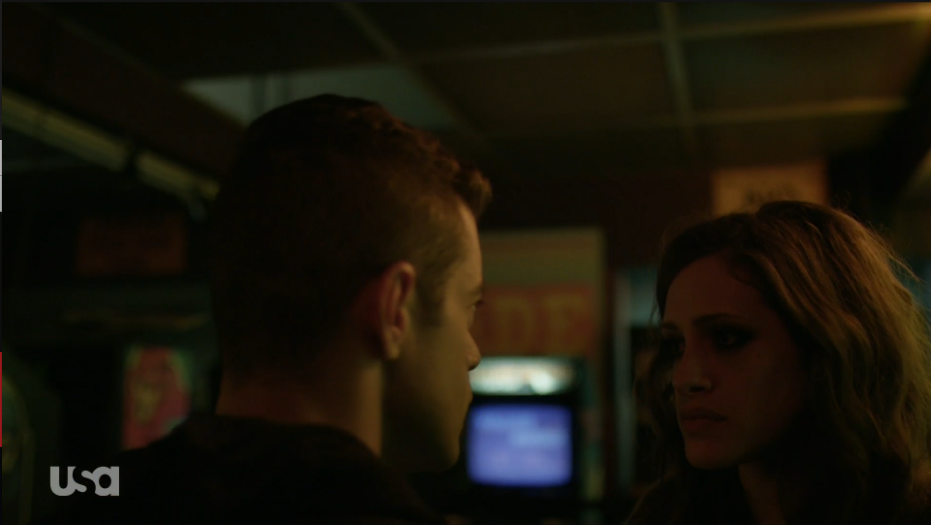 Throughout the series, Mr. Robot has seemed particularly eager to keep Elliot and Darlene apart. She’s crazy. Don’t worry about her. Don’t have each other’s contact information. Mr. Robot freaks out when he notices Darlene giving Elliot her phone number. Is that just because he’s a careful hacker, or is there a reason why Elliot and Darlene can’t be talking outside of fsociety HQ?

After some poking around Reddit, I came upon a theory that ties up a fair amount of these loose ends. In short: Mr. Robot is Elliot’s dad, he had an affair with Angela’s mother, and Elliot found out and told his own mother. That’s the betrayal discussed in Episode 2 and would explain Mr. Robot’s anger toward his son that led him to push Elliot into that rock pile. His dad didn’t die, but he did go into hiding after getting divorced. His desire to destroy Evil Corp is to enact revenge against the company that killed the woman he loved. There are problems with this theory — namely, why does Angela believe that Elliot’s dad is dead? And really, that’s all we have right now: questions. I have a feeling there will be even more after next week.