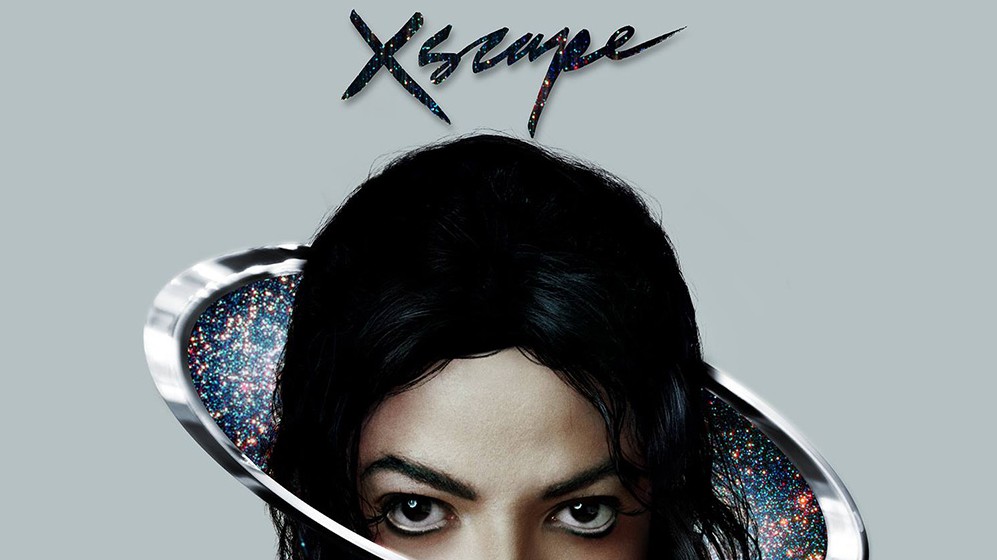 In case you forgot, a wormhole, as defined by UrbanDictionary.com:

Theoretical method of faster than light travel, made popular through use in many science fiction texts including Stargate. Describes a subspace ‘tunnel’ created between two points in space that dramatically reduces the time required to travel between them. While potentially plausible under some scientific theories including relativity, there’s no way to know if wormholes actually exist, or can be created.

This week’s wormhole begins with doubly sad news. For one, Michael Jackson continues to no longer be with us, beyond his everlasting spirit. And two, due in large part to his untimely loss of life, another potentially unnecessary posthumous album is being released. The album, XSCAPE, is coming out May 13. And no matter how much I appreciate the title giving respect to LaTocha, Tamika, Kandi and Tiny, it’s hard to get that excited about the release of unapproved tracks, even if it is from one of music’s greatest. Arguably, it’s even more invasive, because these songs were most likely shelved for a reason.

But it’s happening. And today, the Rodney “Darkchild” Jerkins–produced title track, “Xscape,” was released. Is it a nice listen, yes. By popular music’s standards, it’s even good. But not by Michael Jackson standards. Which is probably why, while recording the track during the 2001 Invincible sessions, it didn’t make the cut.

XSCAPE will be the second posthumous Mike album of previously unreleased music (Michael was released in 2010). Regarding the release of unfinished or unreleased Mike Jack music, 2010 statements from the lawyer of infamous villain Joe Jackson:

If Michael had wanted this music released he would have done so before his death.

The songs which are being released on the new Michael Jackson album were unfinished and incomplete tracks that Michael said over and over many times he never wanted released. We should honor Michael Jackson’s wishes.

There’s a first time for everything, because I think I just agreed with Joe Jackson.

Looking beyond this song and album, the reality is that MJ has a lot of unfinished or unreleased music. So much. While I looked for some of it, a very handy Wikipedia page presented itself, appropriately titled “List of Unreleased Michael Jackson Songs.” On this page are more than 100 songs, some that have leaked and others that exist but almost only in myth, some you vaguely remember hearing about, and others you had no idea took place.

A perfect example: “We Be Ballin.”

Your hunch on what “We Be Ballin” might sound like is 100 percent accurate. Yes, it is a kid-friendly, grammar-disregarding remix to Ice Cube’s “We Be Clubbin'” from The Player’s Club fame, orchestrated by the NBA. And yes, Shaquille O’Neal raps on the track, in addition to O’Shea. And yes, Mike Jack sings the hook.

And that’s just one. Because this list of songs is filled with gems, as well as amazingly head-scratching anecdotes.

“Crack Kills” — Recorded in 1986 — “Planned to have been recorded with rappers Run DMC for Jackson’s Bad album, but was shelved due to the group’s negative attitude toward the singer.”

“Halloween Night” — Written in 2003, recorded in 2004 with Marilyn Manson on background vocals and a guitar solo by Slash.

“Maybe We Can Do It” — Written in 2001 by Michael Jackson, Rodney “Darkchild” Jerkins, and Sean Combs — Features Jackson and Combs.

“Unknown” — Possibly written in 1999 — “It is unclear whether the song is titled ‘Unknown’ or the song title is unknown.”

“Iowa” — Via Janet Jackson: “I have seen him write things which I don’t think the public will ever hear. He has a song called ‘Iowa’ that he wrote. People will never hear that song. Just before he left to film The Wiz, he put all the songs he had written on to tape in the studio in our parents’ house. Not one of them has been heard and those were songs to cry for. There are things that he’s written for orchestras that are classical music, I swear to you. Like something by Bach or Beethoven.”

OK. Not even I can pretend like I don’t want that right now. In any form. In the lowest quality. I’d take it in a voice mail. Or in 47 Vines. Anything. And while you’re at it, despite my deep respect for Mike’s decision to keep some songs out the public, I kind of need “Siegfried & Roy,” too. Yesterday.

Also, despite saying XSCAPE was a bad idea, I can’t pretend like these collaborations aren’t making my mind race. And not the ones where Akon comes through 15 years later and says “Konvict” over a Quincy Jones arrangement. I mean Mike and Puff. Or Mike and Manson. Or Mike and Shaq.

I somehow missed the memo that Mike and Shaq were cool like that. And not until falling prey to the glory that is the “Michael Jackson” + “Shaq” Google search did I know it was deeper than music. 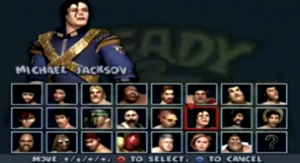 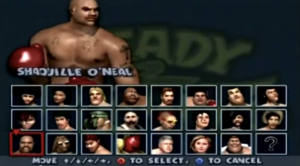 Such an embarrassing find. Not because MJ and Shaq were apparently in a video game together, but that it was a video game THAT I OWNED. Ready 2 Rumble Boxing: Round 2 on PlayStation 2. And it gets better. Which, for my current mental health, means it gets worse.

The big draw of Ready 2 Rumble Round 2 is the chance to clash with the King of Pop himself, Michael Jackson, who was motion-captured and digitally photographed for his role. —IGN, 2000

I simply can’t believe I could have been playing — boxing, at that — as Michael Jackson. All those years, relegating myself to round after round of Afro Thunder, when I could have been Billie Jean. Or Shaq Diesel. Or this guy. 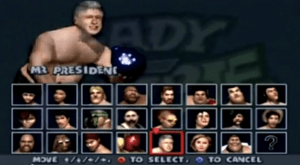 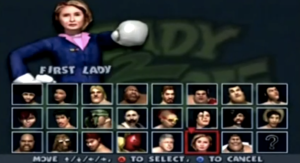 Between excitement and disgust over this video game finding, I can now barely remember how that Michael Jackson song went. I remember it remind—

AND YES, OF COURSE I WANT THE CHEAT CODES, 12 YEARS AFTER MY PS2 BROKE, GIVE THEM TO ME NOW.

So far, seven tracks have been confirmed for XSCAPE. One of them is titled “Blue Gangsta,” originally produced by Dr. Freeze, the same man who wrote “I Want to Sex You Up” by Color Me Badd. Word’s still out if this song has anything to do with Michael becoming a Crip.

Do You Like Prince Movies? Podcast: 'Captain America: The Winter Soldier,' the Rock and Roll Hall of Fame, and Guest Steven Hyden